Home
Girls Talk
Getting out of the Friend Zone Ever? 6 Stay Just-Friends Questions

Sometimes we misread the signals that a guy is giving off. We might think he wants to be with us when in fact his actions are saying let's just be friends. You can use your own initiative and tell what he is saying by how he acts towards you.

Nothing is forever. Get out of the friend zone no matter what it takes. 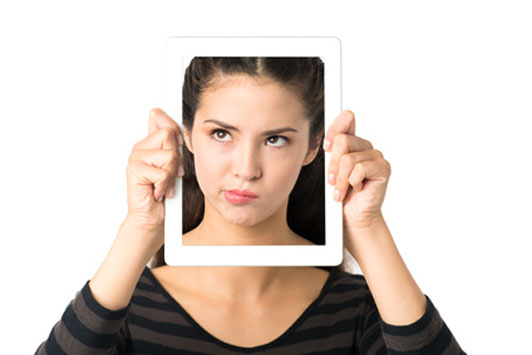 To define friend zone, it is simply that area that you are placed when a guy you like thinks that the two of you are better off as friends. It is not a nice feeling as you are caught between telling him how you feel or just letting the chips fall where they may. Some of us girls know instantly when a guy is friendzoning us but others can be a little blinded by how they feel and are less apt to recognize the signs. Instead of spending time trying to figure out how to get out of the friends zone you spend time trying to figure out how to get him to ask you out.
Here are a few ways you can tell that a guy has you in the friend zone and how to escape the "just friends" reality.

No Flirting? Does He Flirt Back? The 1st Sign That You Should Start Thinking about How to Get out of the Friend Zone Fast

One of the first indications that you might get from a guy that he is interested in you is the way he reacts towards you. You look for signs that he is flirting and you try to flirt back. Butterflies are all around and you know that this is just a prelude to the start of something really good. But if you notice that you are close to a guy but there is no flirting then you have been deposited in the friend zone, meaning he doesn't recognize you as someone he can have a relationship with. You might panic and ask yourself "how can I get out of the friend zone?"
Keep in mind that getting out of the friend zone is not as impossible as it sounds but the end result might be disappointing if the other party does not turn out to feel how you do.
The first thing to try doing is to flirt a bit. Don't start out doing too much just subtly give him little hints that being stuck on him while he is stuck on keeping you in the friend zone is not what you had in mind when you just met him.

He talks about you like you are his sister. He probably goes as far as to call you "sis". This is a clear sign that he is not talking your talk. So how do you get out of the friend zone when it is obvious that the guy likes you the wrong way?
You might be worried that telling him how you feel will end up injuring the friendship, but how else will he know that you are interested in him.
Tell him by choosing the right moment and the right words.
Don't blurt it out in public as you might end up embarrassing him and yourself.
Let him know by sitting him down and breaking the news gently. Study his reaction, not just his words and see if something has changed got worse or remains the same.

Is being a reliable "pal," going to help you get out of the friend zone?

He has no problem talking about girls that he had dated. If he doesn't wince at the mention of an ex, then it may be a sign that how to get out of the friendzone might not be your only problem but also how to not give signs that you are more than a great friend.
Sometimes we give the people we like the impression that we are great for building friendships with and no more.
If you like him leave obvious hints so that nobody will get surprised by the end results. For example, you cannot just sit around stumped asking yourself, "how do i get out of the friend zone?" while offering to watch his dog or his cat while he goes out on a date. You might want him to know that you are nice by doing that but what he will get is that you are a reliable friend.

Why is he talking about his ex?

If he has no problem talking to you or about his past relationships or the girls he has an interest in you are just a friend. If he thinks that you are his happy place where he can spill all his dirty secrets then what you are in is a true definition of friend zone. Simply put, if he is interested in you, he won't mention interest without thinking about your reaction. If you smile casually about these types of conversations then you are only fueling his thoughts about you. How do u get out of the friend zone if you keep fueling it? If you want him to know that you are uncomfortable talking about these things, then don't pretend, just let him know that you are uncomfortable. This doesn't mean you have to verbalize it but rather, allow the natural discomfort to show on your face so there will be no questions asked.

If he is not shy around you he might just think you are just his best friend and not a girl he sees himself with.
Getting out of the friends zone means you want to get your I like you message across loud and clear. Ask his close friends how he feels about you to get an idea of what you are up against.
When you are armed with information, then and only then should you make your move.
Remember that telling him that you like him might shock him or even make him a little edgy.

Are you indefinitely stuck in the friend zone?

Often times girls are friend zoned based on an impression they give off to the guys they like.
You might act as if you have no interest in him even when deep down he is all you think about.
He in turn decides to just stay friends but you don't like that because he is doing the opposite of what you want him to do.
Finding ways on how to get out of the friend zone for girls who thinks that pretending to want the friends without benefits relationship is the best but might be difficult, thought you must be wary that it might do more harm than good.
Once you learn how to keep him interested in you, you will learn the necessary steps to avoid so you don't end up going back there.

Posts Related to Getting out of the Friend Zone Ever? 6 Stay Just-Friends Questions That We Thought You Would Like: Staff Picked Interesting Articles Worth Reading

Dating a nice guy for us girls means a strong feeling of security and caring. But sometimes, all we want is excitement and some action. Bad guys can more easily spice up the chemistry, and sometimes that is what we need. But when a nice guy comes along, what is a girl to do? If you do not feel like friendzoning him, consider what your next steps will be and learn how to let a guy know you do not like him.