Home
Girls Talk
Is He Flirting with Me? 5 Ways to Read His Body Language

There are times when people wish they could read minds. When you like a guy and you are not sure how he feel then you start wishing you could somehow get inside his head. Learning to read the body language of guys will help you to understand how he is feeling.

Decode his body language revealing his true nature; That and whether or not he like you.

When John Gray coined the phrase Men are from Mars, Women are from Venus he hit the nail right on the head. While both sexes share similar basic human structure, they are as different as night and day when it comes down to certain things. For example, body language of guys is different from body language of girls. With that said, it is hard to tell how a guy feels about you sometimes because understanding a guy's body language is not a regular walk in the park. He doesn’t grin and giggle or act childish the way girls do, at least most of them wont. 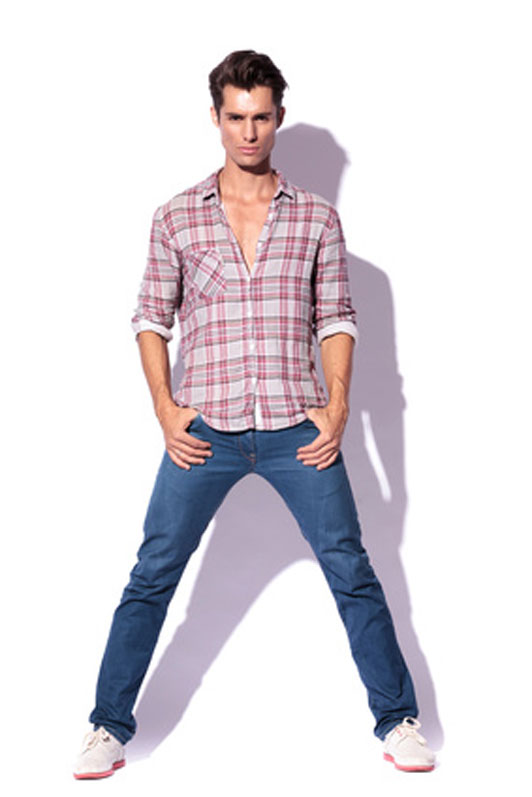 While women can easily express how they feel in any given situation, this is not true for the average man as interpreting body language when it comes to men is more complicated.

How to tell he is flirting with you

3. He's checking you out

5. How he treats you

Remember that when it comes to body language, no 'one size fits all'. If you are truly curious to know if he's interested in you, there is only one sure way to know and that is to just ask him out.

Men will know how they are feeling but bury it far beneath their exteriors, ensuring that the hard outer shell gives no indication of what is happening inside. For those of us who find it hard to know what is going on with a guy, here is body language explained in its simplest form. Here are ways to tell if a guy likes you based on what his body language is telling you.

Check out the way he stands

How is his posture?

If you like the guy, you are going to notice little things about him. Here’s how to interpret body language by checking out his posture. Sounds fun? Sometimes these little things that you admire about him say more than you think. Look at the way he stand when he is around you and pick up on some simple body language signs that is clearly showing that he is flirting with you. If he stands with his feet apart, as if trying hard to secure some kind of stance then he is clearly into you. Guys, no matter how much they try to play off being macho will still end up going all soft when they find themselves being caught up in a girl. 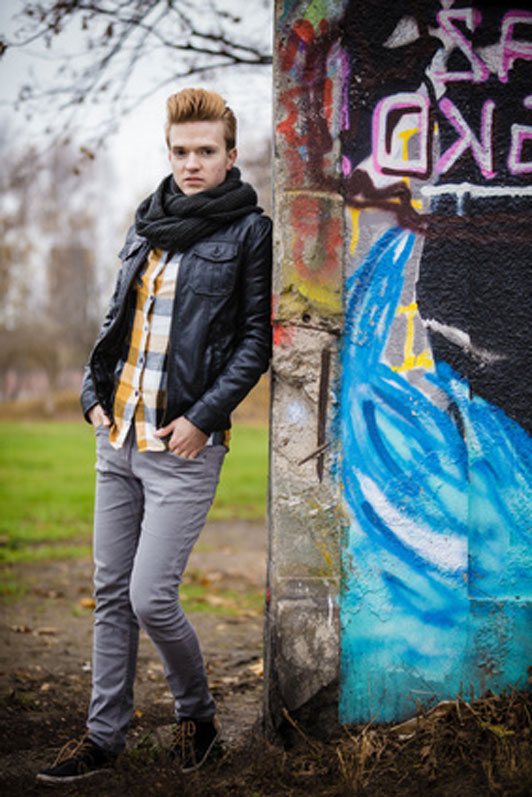 He will switch from one foot to the next as he tries to find the right footing and will even try to lean against anything that he sees near him in an effort to get comfortable. If a guy does this around you, it means you have him weak.

Listen closely to the way he talks to you

How does he converse with you?

If he tries to maintain eye contact with you then that he is definitely flirting. Body language is not that hard to read when the signs are this obvious and you understand how to interpret them. Guys will try to maintain eye contact just because they want to try and read you to see if you are also into them. During conversation, he might gesticulate a lot and sometimes catches himself and stick his hands between his loop and his pockets to unconsciously pull attention to the pelvic area. For men it is all about primal instinct, when confronting a girl they like they are naturally fidgety. It is known as the body language of attraction, which is just the way how feelings are unknowingly depicted on the outside. 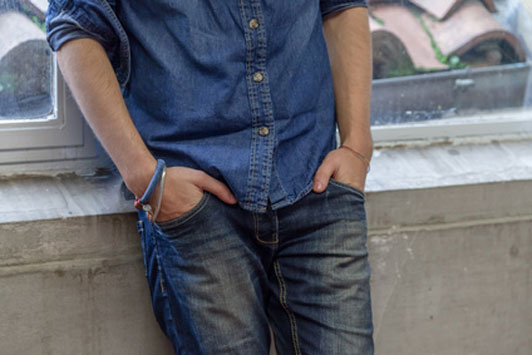 An if you two are having a conversation, but he is constanly looking at his phone, or looking somewhere else, that is certainly not a sign of he's a good listener, and it is most likely a sign that he is not very interested.

Observe how he checks you out

Is he checking you out?

If a guy admires you as opposed to leer at you then he likes you. But how do you know what his body language is saying by looking at his hands? Reading body language involves observing everything about a guy from head to toe. If he looks at you in a shy way but at the same time the eyes are saying he like what he sees then he is into you. He will get defensive if his friends try to check you out too, even if he didn’t come out and say he likes you, believe that he does. 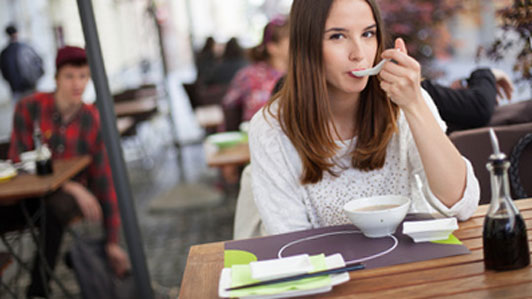 You might want to get some great ideas on how to flirt if you think he is checking you out based on his body language. Flirting sends the message that the feeling is mutual.

Is he lost in gesticulation? 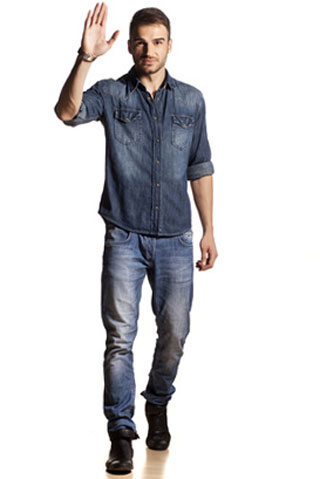 Does he gesticulate (talk with his hands as if he wear trying to sign you) a lot and unable to find even a temporary home for his hands? If that answer is yes then he surely thinks you take his breath away. Guys have a tendency to pull their hands in their pocket, sometimes pull one out demonstrate something by waving or pointing, pushing it back in the pocket, they just don’t stop with the hands. But what does a guy’s hand have to do with understanding the body language of men? The icing on the cake is just holding you. If he holds your hands, whether he is just having a conversation with you or walking you home, holding onto you is a way of saying he likes you. If he does this without being or seeming possessive then your heart is definitely in the right place.

Does He Go The Extra Mile?

Now this doesn’t literally mean that he is going to go on wild goose chase with you, but merely make the extra effort to make you happy or comfortable. Now what matters about male body language at this point is not the action, but rather the reaction. If he reacts to our distress in a helpful manner than being or sounding annoyed or exasperated then he definitely likes you. How he treats you will help you learn how to read body language.

How important is reading body language for understanding whether or not a guy is flirting with you?

There are many ways to study a guy’s body language, meaning that, you do not have to be an expert to pick up on the signs of flirting. Understanding body language will lead to a better understanding of the guy you are dealing with as different men react differently when posed with different scenarios. If you take the time to read in between the lines, then it will help you to better understand his body language. Meanings and interpretation of what he is saying won’t get mixed up with what his body is telling you. So instead of asking “is he flirting with me?” you will know what his body language is trying to tell you. It just goes to say that body language sometimes is more important than the spoken words.

Posts Related to Is He Flirting with Me? 5 Ways to Read His Body Language That We Thought You Would Like: Staff Picked Interesting Articles Worth Reading

←Previous How to Dress Cute from Head to Toe with 9 Ways to Look Your Cutest
Is Taking a Break in a Relationship Even Possible? 4 Survival Tips Next→