Home
Girls Talk
Does He Like Me? 20 Easy Ways To Tell He Isn’t Leading You On

Does He Like You Or Is He Just Leading You On?

Is the guy you are with leading you to Nowheresville?―Or does he like you but just doesn't know how to get the words out. I just want you to know, "I like you." OMG, he does! Here's how you can tell.

Are you still trying to figure out whether he likes you are not? I know exactly how you feel. For your information, it could take a while. Stop sitting around watching TV because you are worried that you are getting lead on by him; and start watching how he behaves around you.

Here are some ways to know he likes you. 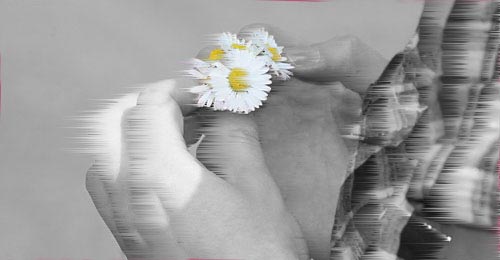 20 ways to know he likes you... That's it!? I know there are more ways to tell what you have with him is genuine and he isn't leading you on; for now, we are off to a good start.

Note that all points may not apply to you. However for those that do, and you do find out that he likes you, that only means one thing.

You don't have to worry about getting put in the friend zone. 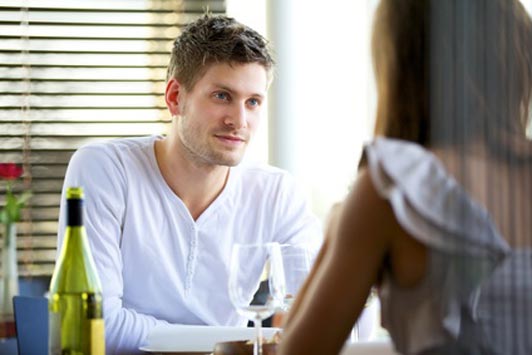 1. He listens to what you have to say and asks questions.

One way that you can tell he likes you is that he listens to what you have to say. How you determine that is checking whether he asks questions, not just any questions but the ones that matter. 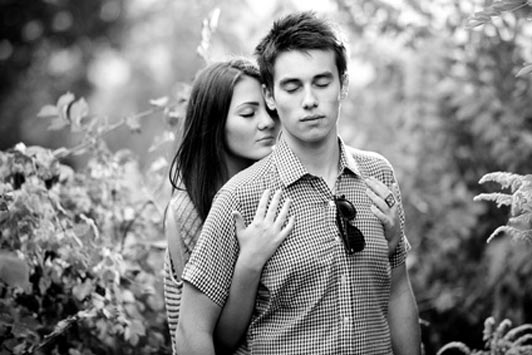 2. He keys into your feelings noticing your mood swings.

He asks how you are doing from time to time and doesn't try to dig deep to the source, you are having another mood swing. He knows this so pretends like you caught a cold. 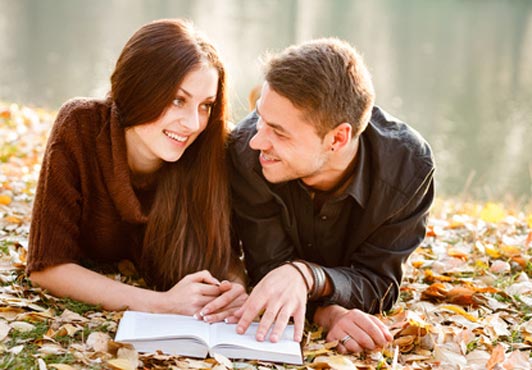 3. He signals to the other guys that you are off limits.

When a guy likes you he will signal to other guys that you are off limits to them. He is not doing this to be possessive. It's just in his nature.

Guys that ignore these signals are bound to get caught in a relationship triangle with you and him.

If you notice anything like this around you, it may be your jobs to signal other guys that you are not interested to help him set you off limits to other guys. 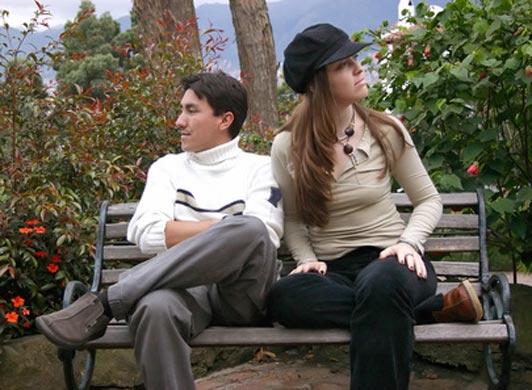 4. He pretends like he does notice you but is always the first.

You hate him when he does that, pretends like you came out of no where and startled him.

Why doesn't he notice me earlier?

In fact, you shouldn't be surprised to find out that he is often the first person in the room to notice. It scares him, so he will pretend that he doesn't notice you to shake off the edge he gets when you walk into the room. 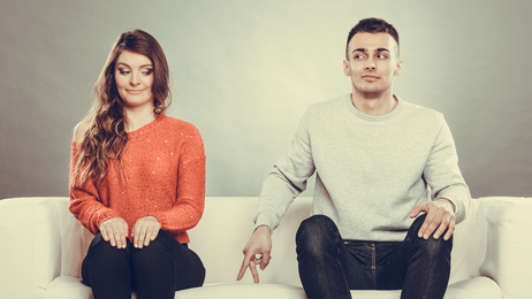 5. He doesn't face you directly.

Guys that like you will avoid facing you directly at all cost as they are scared they will do something by accident that could potential turn you off.

It's because he likes you. 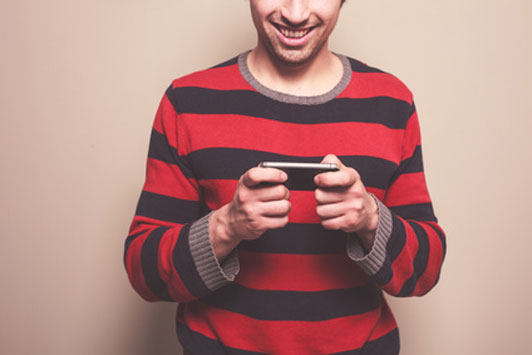 6. He comes up with the craziest random excuses to text you.

Blame it on the... There isn't an excuse he hasn't used to text you randomly in existence. You think it's cute. He can't helps himself and is kind of out of control because he likes you that much.

7. He doesn't hold back on compliments.

Having a guy that likes you around can be such a complement.
Isn't it odd that he might send you a text message at odd hours of the night, but will sill find a way to compliment you? The truth of the matter is that you've never had so much confidence in your life, which isn't necessarily a bad thing. Is it? You know he is buttering you up, but what can you do? The only reason why he compliments you more than anyone else is that he likes you but just can't hold the sauce when it comes to you. 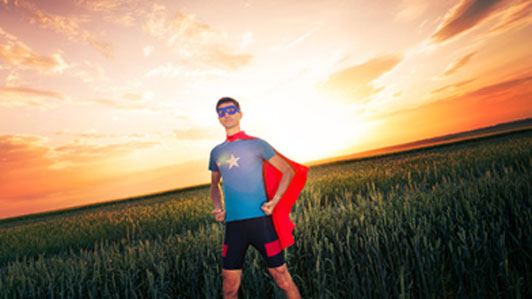 8. He helps out when you are in need.

Captain save a... It's not like that. He just always finds a way to show up at the right time when you need a saving. You can't complain, because he likes you so much he feels responsible if you can't get help.

9. He asked you for your number.

Just when you were thinking that you like this guy and want him to call you enough that you would just give him your number, he asks you for you number. It's only because he likes you.

Not only does he knowing what you are into mean he likes you but also means if he get's you a present for your birthday or Christmas, it's bound to be something that you like.

11. He doesn't talk about you with other people.

You may think that he likes you if he is always talking about you with other people. With guys it's totally the opposite. They don't talk about you because they like you and want to keep you to themselves.

12. He doesn't care what other people think about you.

You may not have a reputation that everyone can agree with. The good news is that he doesn't care, because he likes you and doesn't want what other people think about you to ruin it for him.

Who says a guy has to be all old fashion? He doesn't treat you special because you are a girl. Not all girls like this, but you love it. He likes you sitting on an equal plane.

Not all guys are going to like you family from the get go. But he does because he likes you and think he should give your loved ones a fair chance.

15. When there's a party, he always check if you are going to be there.

The reason why you never not see him at a party is that he doesn't go to the parties you are not at and is always there when you are. In other words, he checks if you are at a party before going. It may be creepy or just because he likes you. What's wrong with that?

16. He looks at your lips when you are talking.

While he listens very carefully to you talk, he can't keep his eyes off the way your lips move while you are talking. If he does this, it probably means that he likes you. Next time you have a sit sat talk with him, watch. Is he doing it? 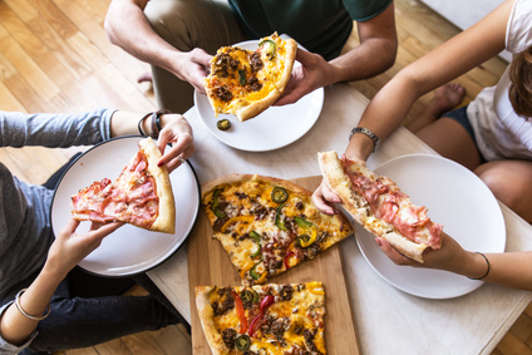 17. He thinks it's cute when you pig-out in front of him.

Not all guys will think it's cute when they catch you pigging out in front of them. But, only maybe if they like you. It won't bother them one bit.

Some guys may appear that they like you, but not giving you the space you need to hang out with friends and such is pushing it. If he really likes you, it won't bother him that you need time to hang out with your girls from time to time.

The past is the past. Either that's what he thinks or he likes you. Maybe you've dated a lot of guys before he walked into the door. Stop holding your breath. He doesn't care.

20. He looks like a fool when he is around you.

He may look like he is playing the fool when you are around. He is either trying to impress you or stuck in a stupor of how to make it clear he likes you.

Posts Related to Does He Like Me? 20 Easy Ways To Tell He Isn't Leading You On That We Thought You Would Like: Staff Picked Interesting Articles Worth Reading

It can be frustration to want to have a conversation with the guy you like and get no response when you fill spaces with conversation fillers. Conversations with shy guys are not that hard to get going. Finding constant topics to talk about however might be challenging. With tips on how to move conversation forward, you have the opportunity to have better conversations no matter how shy he is.