In order to get the guy of your dreams you don't need to follow techniques that everyone is doing. What works for another person might not work well for you. Learn how to flirt with a guy in a way that you are most comfortable with, by stepping out and being different

Make it nearly impossible for him to resist you

If you really want to get him to like you, you have to be smart about it. You might flip your hair; pout at him, urgently brush against him when you pass him in the hallway to show little signs that you are interested in your effort in getting him to like you. But is that enough? Will that land you a date with him? Will that make him think that you are irresistible? To be sure, do something unique that will have you stand out from the crowd of other girls trying to drive his attention. 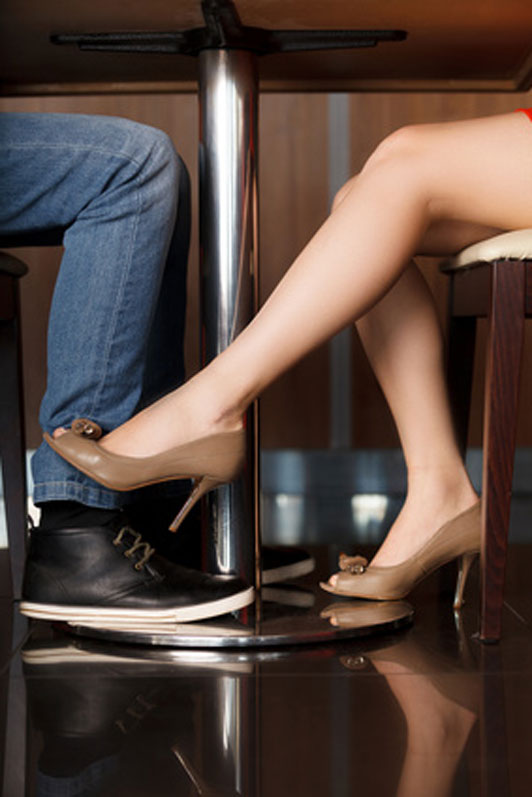 Here are a few simple dating tips for women who need advice on how to make the move first. You have to decide whether or not the guy you want like you.
In order to land the date of your dreams you have to learn not just how to flirt but how to flirt with men who will definitely find you hard to resist.

Top 5 Flirting Techniques That Will Make You Irresistible

Want a guy to think you are not only a great catch but absolutely irresistible? Follow these great tips on how to flirt with a guy and you will have falling head over heels in no time.

Go all Nancy Drew on him…

This doesn’t mean you are going to go all Nancy Drew on him. It just simply means that you leave a lot of doors closed so that he will enjoy opening them and discovering more about you. Learn how to flirt with guys by practicing “The Look”. This means you make eye contact, smile then look away. This leaves the door ajar and will have him wondering what you are thinking about him. The smile lets him know that you like him, or rather like what you see. But know there are many cute things that you can say to a guy without being presumptuous. The fact that you look away will give him his window of opportunity to make his move, ask your name, whatever it is that he thinks will allow him to get to know you
Some people will never get the real result from this technique because they are too impatient and would rather be forward. They might like the guy but want to tell him right away so that he doesn’t slip through the crack so to speak. But men do love subtlety. Truth is, most men prefer when women are docile and will find more of an interest when they remain closed doors. The idea of women being a mystery fascinates them.

Men like to feel as if they are in charge and heroic.

You might wonder how do I flirt with a guy without being pushy. Being a damsel in distress shows interest but Men do not like when women are too independent. Not to say that independence is not good but they like when you leave a little wiggle room to allow them to help you out sometimes. But how do girls flirt with guys without losing their independence? By being, (or rather pretending to be) helpless, sounds too archaic? It probably does buy hey it works. Being a damsel in distress doesn’t mean you go looking for danger. You can just simply ask him to help you with something. Men like to feel as if they are in charge and heroic. To have him aid you will boost his ego, big time. If a guy is made to feel as if he is really worth something, like he is a protector, then he will definitely find you hard to resist. Note that you are not making yourself helpless or to be at his mercy, but just simply allowing him to be close to you and to share or have a say in something you are doing; even if you know very well how to do it yourself.

Make him a little jealous

Women flirt sometimes without even realizing; it could be a smile, or a touch.

There is no denying that the average man is extremely territorial. Learn how to make your man jealous and want you more by just following this simple rule. Make him jealous by allowing him to think that there is enough space between the two of you to let someone in. You might ask yourself a number of questions, is it okay to flirt while in a relationship? Or is it bad to flirt when you're in a relationship or how do girls flirt without being placed in too much of a bad light? Women flirt sometimes without even realizing, it could be a smile, or a touch, we just always think that flirting with men means something forward and sexual, never casual. You want him to think that he has a little competition and if he knows what you are worth, then he will definitely step up his game.

Plenty of relationships happen in people’s heads because they fantasize but never learn how to communicate those feelings.

Text him, Call him, email him. For goodness sake communicate. Plenty of relationships happen in people’s heads because they fantasize but never learn how to communicate those feelings. They spend countless hours mulling over how they feel and what they should do. Men like action so sending a message that you are into him might spark things up a bit. Start up a little email flirting at work. If you are in the same work space daily then you need to learn how to flirt with a guy you work with without going against office policy.  There are ways to control flirting at work by limiting out of work communication to emails. Learn how to subtly flirt with a guy though texting and private messages.

When all else fail, you have your personality to pull you through. Most flirting tips for women require some girlish charm to be brought into play. So we are back to flipping the hair, or accidentally tripping so that he will catch you as you all against his chest. Some of these might be cheesy but guys like these because it says that you will try even the absurd to get his attention so you will end up in turn having his.

Are these tips going to make you irresistible to men?

These simple flirting tips for girls will teach you how to flirt and become irresistible in no time; men like when women know when to step up and when to stand down. By understanding your technique, you will master how to flirt with a guy at school, work or play in no time. He will want you more and think that you are the special person that he had always long for.

Posts Related to How to Flirt with a Guy to Get Him to like You That We Thought You Would Like: Staff Picked Interesting Articles Worth Reading

In case you are asking how to be a good flirt with guys, there are a lot of tips that you could use, including at your workplace. A flirt at work does not necessarily have to be a bad thing; you could use it to break the monotony of the everyday life and to spice up your day and the day of another colleague.

When we look back on history of a certain relationship, what we remember as the most exciting period is usually the very beginning of it, when everything that was to come was so uncertain and unpredictable. But when it comes to dating a shy guy, that period can drive us even crazier, because getting him to talk can sometimes take so much time. But it can really be worth it, and that is what counts!

Nobody says that fun should stop once your relationship becomes official. Flirting and mind games are there to enjoy them even when he is your boyfriend. But, it is not like all of us are flirting experts, some of us need more push than the others, but flirting with your boyfriend is not rocket a science either. There is a number of cute ways to flirt, we just need to know how to use them.