5 Signs You Are Getting Put In The Friend Zone

How do you tell if your guy friend that you just happen to like is locking you in the friend zone? Here are 5 signs you are getting friendzoned.

Lately, you might have noticed something different about him that makes you feel like you are going to be stuck in the friend zone forever. If you feel this way, you are probably right because you may be getting friendzoned by him and don't even know it yet. Here are some ways to tell. 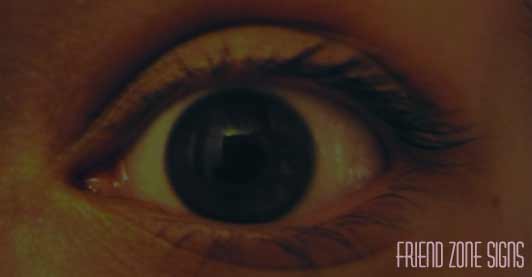 Is the guy you like friendzoning you? 5 ways to tell if you got friend zoned

You and him are not dating—yet—in your mind you feel that maybe with a little more time, you can finally go on your first date. Don't take this personally, but you may be in the friend zone and just don't realize it.

Here are the some friend zone signs to keep in mind when trying to get a guy to like you. If none of these signs sounds like him, there is a chance that he likes you more than a friend. On the other hand, if any of the following sound familiar, you may want to start working on getting out of the friends zone, or at least figure out how to just be friends with a guy you like.

He keeps forgetting to get your number

Ever since you met him, you've been asking the question, why doesn't he try to get my number?

It may look like he's just forgets to ask for your number, just in case he has to call, but it is highly likely that he is trying to send you to the friend zone.

When in doubt, pull it out

At this point when you are doubting whether or not he likes you based on fact that he's not trying to get you number, what you can do to check if you are really getting friend zoned is pull out your cell phone or have someone call you when he is around. It may seem like you are throwing yourself at him, but you are not. All you are trying to do is see if he is friendzoning you.

He makes it hard for you to initiate physical contact

What's a girl got to do to get a hug around here?

That may be the thought going through you head, when asking yourself, why is it so hard to initiate physical contact?

Call it old fashion but if you are having trouble get a hug and even bump shoulders with him, it's not because he doesn't want to be touched. The more likely reason behind why it feels like he put invisible handcuffs on you is that he may be friend-zoning you.

He may be your crush, but that's pushing it.

What can you do?

There are all kinds of ways for breaking the touch barrier with a guy and the one that almost never fails is by accident.

Accidentally drop something in front of him, preferably at a time when he is not looking. Then race to pick it up before he does. If you get lucky then maybe somehow you will break the touch barrier with him.

In the worst case, he will not notice and you will be the only one doing the picking.

Even if he notices that you dropped something may try to save you but in a manner that doesn't break the touch barrier.

You will pounce towards the opportunity to make contacts, but he will somehow find a way around you like a baseball player trying to steal home. Did you strike him out?

If you didn't, he is definitely friend zoning you.

He doesn't notice the little things about you

I had something done to my hair. It might not be much, but— do you think he will notice?

If he's never asked you if you did something to your hair or noticed that you got a pair of new shoes recently I regretfully inform you that you may be heading to the friend zone.

Okay, he hasn't asked you yet about the new handbag you just got despite the fact that it's so obvious that it might as well be stamped on your forehead.

Is this a sign that you should be worried about being friendzoned?

What can you do now?

Do something that will make him notice you.

Start big while working your way down to the little things until he starts to notice little subtleties in your wardrobe and the way you wear your hair.

Make it a spell, but don't be a witch about it. The time you have to pull it off is limited.

If he doesn't notice at all, you may have already been friend zoned.

He tries to give you dating advice

He thinks that the guy from last weekend's party and you would really hit it off.

When the guy you like is trying to set you up with other guys and giving you advice on dating, you may find yourself in one of those he is just not that into you situations or would he would rather just be friends. Nevertheless, he wants to put you in the friend zone.

So what if he want you to start seeing other guys. You two are not even dating.

What if you want to move clear away from the friend zone?

In my opinion, the only way you can move forward from here is to make a move. If he doesn't bite, he either has other priorities or just put you in the friend zone. If he does, don't take it personal. You never know when you will need a dating insider at your side.

He talks with other girls more than you

If a guy talks with other girls more than you, he has begun to create the distance between you and him required to put you in the friend zone.

What if you happen to like-like the guy?

Let me put it this way, if you are going anywhere but the friend zone, it only gets better the more you talk to the guy. If he likes you, he will return the favor, talk to you more.

In general, guys have trouble talking with girls. By initiating the conversation, you become one of the girls he is able to talk to.

Just keep in mind though that trying too hard will only get you put on the friend zone list.

If your effort to hook up with some guy is turning out flat you are either in the friend zone or he may just not be looking. In most cases, if you think you are getting put in the friend-zoned, it's all in your head. After all, friend zoning is not something guys really do, right?

Maybe you know what it's like to be friendzoned by a guy. If you do, be sure to leave a comment about an episode in which you got put in the friend zone by a guy you like.

Posts Related to 5 Signs He Is Trying To Put You In The Friend Zone That We Thought You Would Like: Staff Picked Interesting Articles Worth Reading

Dating a nice guy for us girls means a strong feeling of security and caring. But sometimes, all we want is excitement and some action. Bad guys can more easily spice up the chemistry, and sometimes that is what we need. But when a nice guy comes along, what is a girl to do? If you do not feel like friendzoning him, consider what your next steps will be and learn how to let a guy know you do not like him.

Does He like You? 8 Signs He Thinks of You as More than a Friend