If someone is shy, it does not have to mean that he is necessarily boring. On the contrary: there can be a true treasure hidden behind the silence. If you find a guy really cute but have no idea how to get him to talk with you, or how to let him know what is on your mind, please do read on.

Flirt with shy guys without them being aware of it

In a modern world where you have to have an approach of an extrovert to stand out, being a shy little introvert isn’t really a simple thing to do. But that doesn’t mean that being an introvert is a bad thing. 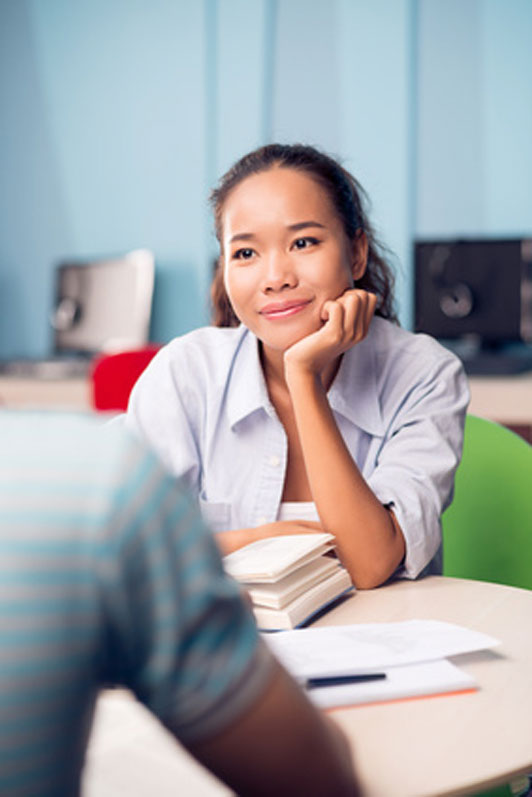 On the contrary: life of an introvert can be as interesting and amazing. You just have to give him enough time to get to know him. Having been, for some unknown reason, surrounded by introverts for my entire life I simply got to know something more about them, and I didn’t even have to try. And after all these years (I’m not that old, really) I can say one thing for sure: if you give an opportunity to a shy person to feel comfortable around you, you will make an important step to revealing all the great things that person keeps hidden behind the blush. And if you want something more... Well, let’s have a look.

The Cuteness and Odds of a Shy guy: Be a pro and Master the Art of Charming and Flirting with Shy guys

No matter how slow you try to move in closer, he never fails to catch the sound of grass rustling underneath your feet. Pounce? Too late. Maybe next time…
When you are single dating can feel like a safari. This is especially true when pursuing a shy guy. Here are our flirting tips for girls with shy guys problems to make him yours.

Distancing from the Pack

You might not be bothered with a guy’s timidity; but if he is really that shy, he’s probably not that comfortable with you walking around surrounded with a bunch of your chatty girlfriends. If you want to get a chance, or to give him a chance to approach you or to make any kind of contact, make sure to give him enough space to do that. Shy guys get really nervous when they think that too many people (in this case: girls) are paying attention to him. Shy guys don’t really like a lot of attention. That is why our first flirting tip when it comes to quiet guys is to create a sort of ‘mini-surrounding’ where he can’t freak out due to sheer number of people, but that is casual enough for him to feel comfortable. 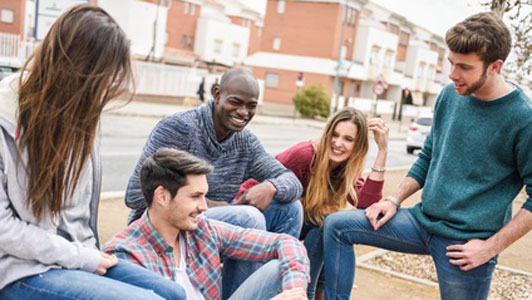 Work it! His comfort zone is the key to flirt with him without making him feel uncomfortable.

Just like you have a group of your girl friends you hang out with most of the time, the shy guy has his group, too. And that close group of his friends is where he feels most comfortable in. That is where you can see true him, the way he is when he is not troubled a number of unfamiliar people. His close friends create his social comfort zone, his ‘natural habitat’ for social life.
So if you are familiar or you are a friend with some of the people from his surrounding, arrange an evening of casual hanging out. In that way you will get an opportunity to get to know him better and even get in direct touch with him, and start a casual chat with him. Also, he will have time to get to know you better and feel more comfortable around you, because you are becoming a part of his crew. In this way you fight one of the biggest troubles of the mission how to flirt with a shy guy: you have perfect time, place and mood you need to get him into liking you. 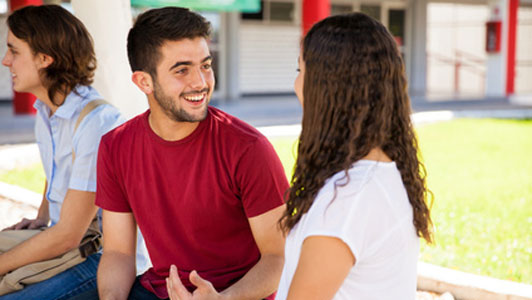 Making him think you want to get engaged is not an effective flirting technique!

No, getting engaged is not the point here. We are still at the flirting part.
Find out what his interests and hobbies are, and get him to talk. This is not important only for dating a shy guy, but also for dating any guy: you simply need to have something to talk about. Now, when it comes to a quiet guy, this step is important because, willingly or not, we have to take over the initiative if we want something to happen. But don’t worry; it doesn’t have to be for a long period, just to get him hooked on you. Once you find the topic he likes talking about ask him questions about that topic to get him to talk more. At the same time he’ll start feeling more comfortable around you, he will love the idea that you like similar things, and you will get to know him better. It’s the perfect step on the road to dating a shy guy.

For some reason, boys really like when we need their help with something. It must be their inner knight wanting to reach the surface, or it helps them feel macho. Whatever it is, it’s cute, and we love it. So, stop asking yourself how to flirt with a shy guy and just call him over to fix your lap top, or ask him to be your study buddy if you two are attending same classes. It will give you an opportunity to spend more time with him, and he being often alone with you may help him gather enough courage to flirt back.

Play it on repeat

What happens more than often when flirting with shy guys is in question is that they are not sure whether the signals we are sending should really be understood as flirting. That is why we sometimes need to give them a greater number of subtle clues that will help them realize that it is them we find cute. Smile at him more often, give him a cute flirty look; sometimes guys simply need a bit of a push to realize what they should do.
Another thing that could be of use here: subtle physical contact. Start slow: handshakes, patting his forearm during your chat, then move on to playing with his fingers (but make sure that is comfortable enough around you to not take that playful move as something weird) and let the magic known as shy guy flirting linger on.

When it comes to shy guys you always have to bear 2 things in mind: one is that you have to look below the surface to find that amazing person you are looking for, and the other one is that you have to be patient in order to do that. Shy guys are simply like that: if you go too rough on them right away, they will back away; but if you let the things slide, eventually you will get your first date with him. And if you are not sure if he likes you or not, there are signs a shy guy may be into you. And trust us: shy guys are worth the time!

Posts Related to How to Flirt with a Shy Guy with 5 Flirting Tips to Make Him Yours That We Thought You Would Like: Staff Picked Interesting Articles Worth Reading

Do you have what you need to make yourself irresistible to him? All relationships need boosters, sometimes even before it starts even. These flirting tips will give you the courage to be brave enough to make the first move on a guy you like, giving you the edge you need against other girls.

In case you are asking how to be a good flirt with guys, there are a lot of tips that you could use, including at your workplace. A flirt at work does not necessarily have to be a bad thing; you could use it to break the monotony of the everyday life and to spice up your day and the day of another colleague.

Nobody says that fun should stop once your relationship becomes official. Flirting and mind games are there to enjoy them even when he is your boyfriend. But, it is not like all of us are flirting experts, some of us need more push than the others, but flirting with your boyfriend is not rocket a science either. There is a number of cute ways to flirt, we just need to know how to use them.