Ladies, if you are looking for some good dating tips before going out with your date, then you have come to the right place! Here, you will find the most useful tips. Check them out and I promise you will not regret!

What are some of the best dating tips for women?

So, this guy asked you out and you’re very excited because you like him very much? You’ve had some issues in the past with your relationship, but don’t want to go through them again. 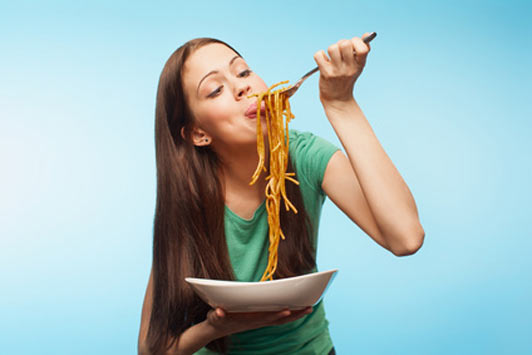 Here's how you are going to improve your luck with every guy you me from this day forward!

You want to start a brand new relationship and want some dating tips. Let’s talk about some of the best dating tips for women!

On a date, don’t overindulge.

Although you may think it looks all very cute to drink up three or more glasses at dinner, but he doesn’t. Let him get to know that you are exactly who you are, and trying to pretend someone else. If you want to fully be comfortable when going out on a date, take a walk or watch a comedy movie. These will help you loosen up and you’ll feel a little relaxed, if not entirely.
Moreover, order some real dinner! A guy told me that when he asked his date about what she’d like to order, she said she wasn’t really hungry. But every time on his plate he cut a steak’s piece, she reached over to eat it! The best thing to do is empty your plate and leave at least half the glass alone.

Some guys are scared of commitment, so they need a little more time than usual.

When a guy is ready for a relationship and if you say you’re ready to start a relationship on the third date, he’ll highly have a doubt about you. He’ll question you whether you actually want to be in a relationship with him or if you’re actually prepared for a relationship with almost anybody. He’ll start wondering seriously how after two to three dinners, you by now know that you you’d like to be his girlfriend.
So, basically it’s pretty good to let a brand new guy know about your goals of dating or where you exactly are in your life, but take some time out to get to know him better before you take any step. Ultimately, he’ll feel dam good regarding the possibility of starting a relationship if you give him some time!
You shouldn’t be rushing on the part where you’re trying to get to know one another. Not only is this phase great, but you‘ll get to know each other better and then there’s a good chance of you two starting a relationship in the future. So, give yourself and him a lot more time than you should be giving. You’ll thank me later!

Don’t call him up all the time. Let him do the calling part.

Basically, if you’re constantly texting, calling, emailing, and every time asking him out, then that’ just a (real) bad sign and it’ll make him think that even in the future, you’ll stick to him like you are being pulled in by his chick magnet. Don’t do it! Start balancing out the communication. I’m not saying don’t ask him out or call him at all (that means no contact), but let him do these things first for some time, then you decide whether you should start asking him out or call him too or not.
If you both are interested to get to know one another, there will be a complete normal balance in the communication amount. If you feel guilty that you might have been calling him over and over again, pause for some time and see if he comes back as well as puts in the work. That will show if he’s interested in you or not. And if he is, then that’s great. What if he’s not interested? Then you’d have to move on! It’s not the end of the world. You definitely deserve somebody who wants to be with you, ask you out, as well as call you.

Don’t start assuming you are somebody special so soon.

It might sound creepy to start talking to your guy about not seeing other people. But it’s even creepier to just start assuming he is NOT seeing other people as well. Yes, words are quite useful, and at times you should use them.
So he tells you that he’d love it if you’d meet his sister? Brilliant! Still doesn’t mean that you’re anything special yet. Try to say something like you’re not interested to see other people. And if he agrees with you, say goodbye to him! If he doesn’t (right on), that’s awesome!

Give men a chance. They’re not all the same!

Yes, all men aren’t the same! Stop saying they are. If your best friend advises you to stop seeing this guy because all are the same, do NOT listen to her because it’s not true. If all men are the same that just shows you’ve dated every guy on earth and they all didn’t work out for you. Did you? No. That can’t be possible. So, give the guy a chance!

We do at all times want you to let us in after a first date, but we hope you’ll say no secretly.

So, do you actually want to show a guy that you’re the perfect girlfriend material? Then do NOT hook up with him on the first date. He might start thinking that you hook up with every other guy too!
Also, this is a very good way to feel out whether he’s looking for something serious or some casual fun. Time and again we believe that a guy will definitely expect us to get all physical entirely and that if we don’t do the same, he won’t be interested if it doesn’t take place the proper manner. But the truth is that it’s really the opposite. Not every time it’s a deal breaker. However, the part where you get to know each other get very complicated.
So, here you go! A list of dating tips for you women. Be sure to read them before you start thinking of going in a relationship with a guy in the future.

Posts Related to 6 Dating Tips for Women to Improve Your Luck with Guys That We Thought You Would Like: Staff Picked Interesting Articles Worth Reading

Dating Etiquette: 8 Things You Need to Know to Date Someone Online

Most people believe that dating etiquette is meant to tell them what they should or shouldn’t do on a date. The truth is that they offer guidelines to make sure that you will have a good time and to make the other person respect you even more. This is why you should give etiquette a thought on your next date.

How to Be Lucky: 7 Real Ways to Improve Your Luck That Work

Speed dating isn’t for everybody, but the best speed dating questions make it easier for you to decide whether you have a real chance at love or he is just a waste of your time. Come up with your own list and assess the chance that guys have with you. This way the whole process will become a lot more fun.