Talking to an interesting guy you just met when you want to get him to ask him out can leave you a little on the shy side of things. However, you should let that keep you from Mr. Right. Here are few things that you can say to him to sweep him off his feet, if not the other way around.

Everybody gets a little shy sometimes. Being shy however should not allow you to lose out on a potential fairytale romance, especially when it involves a guy you just met. The question that has been on everyone's mind is how do you tell if a guy you just met likes you. This is important because if you are able to tell he likes you, then you can move in to the next step, getting him to ask you out. Here are some starter ideas for the sweetest things to say to a guy to get him to ask you out featuring ways to make it happen without seeming pushy or overbearing. 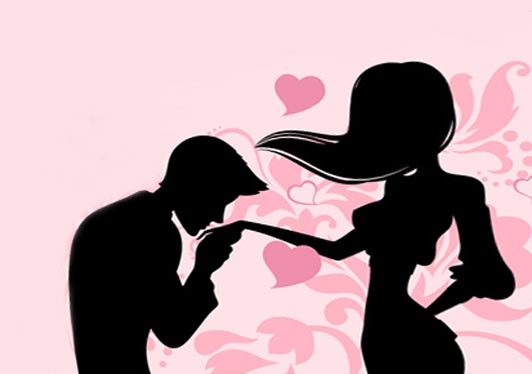 Conversation might not flow as readily as you want it to or perhaps, the words that you search for to express how you feel is not forthcoming. Continue reading to takes away the difficulties on striking up a conversation and explains how fun and interesting dating can be.

Love at first sight does not exist only in storybooks and fairytales. So you just you met this guy and you are head over heels, but how does it get to the point of the fairytale? Will he feel the same way? Will he like you in the same way that you like him? It is sometimes hard to find things to say to a guy, you might feel shy and have a fear of rejection. You don’t want to seem like a pushover so you begin to think of how to get him to ask you out. Here are some of the sweetest things to say to a guy to get him to ask you out.

Just when you thought you had butterflies, saying flat out that you like a guy even though you just met him is going to wish you didn't eat breakfast. Nevertheless, if you had any chance getting asked out by Mr. Right stranger, this is may be your only shot. Go for it!

Let him know you like him without being too forward

The key to getting him to ask you out is to let him know that you are interested. You don’t have to come outright and say “hey I like you” but you can find cute things to say to a guy that gives him as much butterflies as he is giving you. Ensure that you are in his line of sight more often than usual. Note that this does not mean you are going to stalk him. Just ensure that you make an extra effort to pass by his hangout spots. Be casual with this one; if he has five hangout spots there is no need for you to be present at all of them. This is where you use your initiative. Make sure that he knows that you exist but keep away long enough for him to notice that you are gone. This will make him want to spend more time with you.

Maybe you didn't give him stranger-danger telling him you liked him the first time you saw him walk through the door (his eyes were elsewhere, so that wouldn’t equate to love-at-first-sight would it? In any case, you are totally safe asking him his name. He will tell you. Ask him again, only this time ask him, What is your real name? If he doesn't think you are cute and interesting at this point, you had better move on the next perspective boyfriend. Period.

Get girly and just flirt

There is nothing wrong with you wanting to flirt with him. Just remember to do it in moderation; don’t overdo it or it will scare him off. Even if you find sweetest thing to say to a guy and lay on the flirting a little too thick, he might be turned off. It will make you seem too forward and overbearing. The key to getting a man to ask you out lies with how you make him feel based on what you say. Find cute and funny things to say to a guy, give him a little nudge here and there by probably brushing off an imaginary strand off his shoulder, smile with him a little and this will be a sure way to get him interested in you.

Okay, I admit that may be going a little bit too far (only a little); neither is it helping you look cute in the process. The point I would like to make is that you need to play on his interest, the common ground (whatever that may be). Ideally you want to pick up a guy this way with something that you like do.

Show interest in the things that he loves

Share common interest does not mean you are going to pretend to be fanatic about the things that he loves. Take your time and try to get to know little things about him. If there is nothing in common between you two, then you are probably not compatible. There is nothing wrong with that. You might feel disappointed but it is better to face reality than pretend. Going after a guy who does not share your interest, might not be worth it. If you do find similar interests, let him know, subtly, that his likes are you’re your likes. For example, if he has an avid interest in comic books, let him know that you share similar interest even if it might be in other reading materials. It will give you a common ground, and a foundation for great conversations.

Do you want to go out sometime?

Sometimes the perfect strange makes the perfect boyfriend. So, don't wait for him to slip through your grasps. He might be the one!

Take the initiative to ask him out

Times have changed so why wait on him? Why not take the initiative and ask him out? Don’t come out too strong, Find cute things to say to a guy you like when you are asking him out so he knows that you are not trying to control things, but rather just expressing how you feel. Keep it simple and make sure you know beforehand that he is interested in you. Ensure that you were not reading the signals all wrong. In the same way you have been flirting, leaving hints and finding sweet things to say to a guy, he might have been leaving little hints too; maybe he smiled back, or nodded to acknowledge you; maybe he paused in conversation with his friends just to admire you when you pass by. Whatever it is, ensure that there are signals that says “I too have an interest here”. This way you don’t set up yourself for disappointments and will give you an edge knowing you are both on the same page; at least almost.

Even though the question isn't about him, you can use it to let him know that you aren't looking at any other guys but him.

Leave hints with his friends

Like girls, guys talk among themselves a lot. And like girls, one of their main topics of interest is the opposite sex. If you are not really sure of the feedback you are getting, or you think you are getting mixed signals, ask his friends. There is an open door to get to know him. You might not want to come out and say you like him or would go out with him but, again, hint that you have an interest and you would like to know what he thinks. You would be surprised how much guys share with their friends. Who knows maybe his friends knows how to make him ask you out.

Telling a guy he has a nice shirt will give him one more reason to chase your skirt (as I have heard). Guys don't care what you say to them as long as it sounds like a compliment. Make an impress, and you are in. The image of you will be stuck in his head like a song. Give it a try!

Make him want to see you more

Having a cute thing to say to a guy isn't everything. You have to give him space to want to see you more. If you are always in his circle, you might be read as clingy; no guy wants that. Express yourself and then leave him alone. Men are natural born chasers. If he thinks he is getting your attention too easily he might lose interest in you and move on. Ensure that you let him know that you want to go out with him but leave enough room for him to take the initiative and ask you out.

Will saying cute and funny things to a guy get you asked out?

How to make someone ask you out will depend on how you approach it. Be confident and sure of yourself even though you have no clue where to start when it comes to what to talk about with guys.  Getting someone to go out with you is an easier than you think. No matter how many cute things to say to guys you come up with, it all comes down to you; you can either see your “love at first sight” as your fairytale or a failure.

Posts Related to 6 Cute Things to Say to a Guy You Just Met to Get Him to Ask You Out That We Thought You Would Like: Staff Picked Interesting Articles Worth Reading

Although all men are looking for something different in a woman, it is common for them to look for cuteness. You might be thinking about cute clothes or a cute hairstyle. Here is a list of things that men find cute and you can be sure there will be some that you would like as well and that you could incorporate in your style.

We know that love is very important to you, and that the last thing you want is for your words to be misinterpreted, so we have chosen for you some straight forward cute love sayings for him to make your message as transparent as possible. If he loves you, he will know what to do to make you happy.

Need help finding ideas on how to keep text conversations interesting? Here you will find different things that can be easily incorporated into your text conversations. From playing texting games to just simply having questions and answers that is geared to bring you closer to the one that you are interested in.