When there is no magic you can hold on to and you want to find the reason for that, think carefully: if you tried talking things out but there is still something wrong, there might be another person interfering. Find out how to catch a cheater and save yourself the trouble.

Butterflies still flutter in your belly? That is great. That’s one of the most exciting feelings a girl can get. Still, those butterflies can’t last forever; and what’s even worse – a couple rarely loses them at the same time. 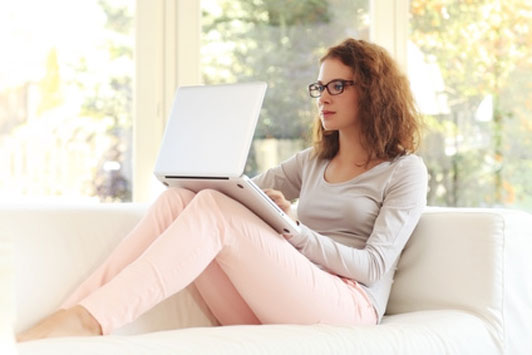 When one feels that their chemistry is not what it used to be before it is the sure sign that something needs to be changed. That doesn’t necessarily mean breaking up: usually you can talk the problems through, or do something to break your routine, work on yourselves.
Unfortunately, that is not always the case: sometimes relationships simply end, and other times adultery jumps in.
If you’ve been in such position before, you know the feeling, and if you haven’t: lucky you.
Still, if you’re having doubts, read on and find out what are the signs of a cheater.

Red Lipstick Marks and Other Woman's Perfume Are ClichéS. When Everything Seems Wrong, Here Is How You Can Catch a Cheater

Are you dead-set on catching a cheater? Then, you are in luck!
Lucky as you may be, failing to catch a cheater can be a double-edged sword in your relationship. That is trying to catch your faithful boyfriend cheating is going to do more than ruffle up a few feather. On the other hand, finding out that your long-time boyfriend is cheating on you will do more than set you back to ground-zero. Don't say I didn't tell you so… 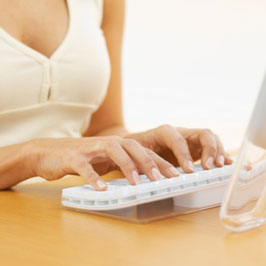 Oh, the almighty power of social media. Praise the Facebook and Zuckerberg altogether! We are all (more or less) familiar with the phenomenon of Facebook stalking. Admit it: You can’t resist all the info that is only a couple of clicks away from you.

The thing is, if you are suspicious that your boyfriend could be cheating on you, the social media can sometimes easily help you discover the truth: boys are sometimes too clumsy to cover their tracks.

Don't hack his account. That would be just wrong, right?

You don’t have to hack his account and read all his messages (that’s not such a good idea, trust me): simply put him on your list of your Close Friends and on your feed you will daily have the greatest part of his like/comment interaction presented.

You don’t have to even try, just do some scrolling when you log in (Facebook is making this too easy on us). If you see inappropriate comments on his sexy classmate’s photo, or that he likes every single photo and post of his sister’s friend, you should probably be a bit suspicious.

That doesn’t mean it is captain obvious that he’s cheating on you, but what he’s doing is not so naïve, too. There might be an intention, but what is important to you, is that he is most likely willing to flirt around. If you two have made an agreement that both of you are okay with it, that’s cool: otherwise – try to point out to him that you are not comfortable with it.

Is he (overly) friendly? 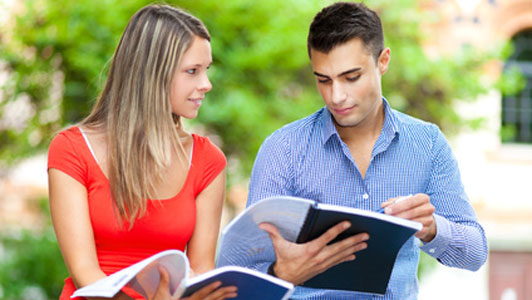 What is too friendly?

Are the two of you a couple that likes spending time alone, or are you one of those couples that like hanging out with lots of people?
If you are the latter ones, here is what you can do to catch a cheater, if he really is a cheater: pay attention to how he behaves when you are in company, and there are other girls in the room. It’s normal that when you are in a group his main focus is on you (nobody likes those couples that constantly make out and cuddle when people are around) but if his focus is on other girl (or girls) that could be one of the signs that he’s a cheater.
Don’t get all alarmed right away!
Take a look at how he behaves, is he flirting or not. Think about how he behaves when he’s flirting with you, and are there similarities in his.
Once again: this is not a sure sign that he is cheating on you, but it could show you whether or not that is his intention. 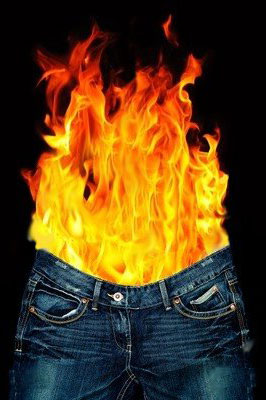 Is it getting hot in here? OR is it just his pants?

Are you familiar with what he does during the time he’s not with you? Usually yes; not by the minute, but if you’ve been dating for a while, you probably know how his average day looks like.
Well, sit back and think about whether you’ve noticed something different in that pattern.
Is he spending way too much time ‘with his friends’?
Is he way too often too tired for hanging out?
Or there Is suddenly a mysterious aunt of his friend that needs helping around the house at least once a week?
If you are suspicious about this excuses talk to him and try to figure out whether he’s lying or not. Be careful not to attack him right away, start chatting casually and see if there are any signs of him telling something different than truth. 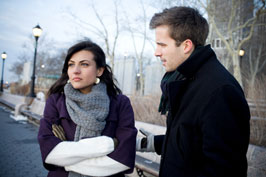 If it rides dirty, it plays dirty

If you are 99% sure that something is going on, but you don’t know what, there is one (not so) dirty trick you can use for catching a cheater. On our way to figuring out how to catch a cheater this is the most risky move, so think twice before deciding to make such move.
What you need to do is to stand in front of him and do your best to look completely aware of what he’s doing. Even if you don’t have a clue who is he cheating you with (if he’s actually cheating on you) tell him that you know everything and that you are deeply disappointed.
If you act your role right, he will surely fall for it and reveal everything (even the things you don’t want to know).
+ Advice: Be careful before deciding whether or not you are going to go through his texting history. Be aware that that is invading his privacy. It could be useful, yes, but it’s not really a naïve method. Would you like him to read your texts? Of course not. So think about if it is such a good idea. There is always another way to find out the truth.

What happens eventually after you catch him cheating on you?

Figuring out if someone is cheating on you or not is not pleasant at all. Finding out that someone actually does cheat on is even harder to bear, especially if that someone means a world to you. However, that doesn’t mean that it’s the end of the world. But that most surely means that you should stop seeing that person.
Most of the times if you catch a cheater once, the chances are you’ll catch him again.
If he is not willing to commit, there’s no reason for you to commit to him.
Move on and find someone else.

Posts Related to How to Catch a Cheater with 4 Signs He's Not That Faithful That We Thought You Would Like: Staff Picked Interesting Articles Worth Reading

If you think there might be a deeper reason why you are single, you can consider the fact that maybe the guy or guys you are attracted to might not be compatible with your astrological sign. Knowing what sign you are compatible with can give you a better narrowed down list of where your interest should lie.

←Previous 10 Most Dangerous Relationship Red Flags That Girls Ignore
Happy Relationship: 5 Ways to Be Happier When You Are Together Next→