Home
Girls Talk
How to Tell When Someone Is Lying: 4 Signs He’s Not Telling the Truth

How to Tell When Someone Is Lying: 4 Signs He's Not Telling the Truth

Trust is not something that can be easily gained, but it can really easy be lost. All we need is to find a way to notice a liar before he gets too far. Let's find out what are the signs that someone is lying.

See clear as day through the truth behind a liar's lies

Once upon a time, when I was a little girl who used to habitually make a mess in and around the house and then try to hide it, my mother had a great technique of finding out whether or not I was lying.
After hearing my explanation on why is there a pile of dirt in the middle of the room / why are my Barbie dolls bald / why is my hair shorter on the right than on the left etc. she would ask me: If you’re not lying, why is then your nose wiggling? 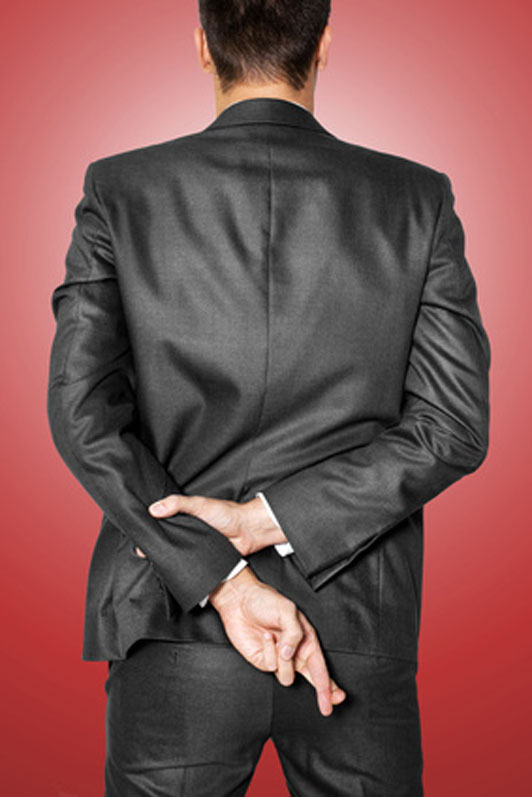 I would then suddenly grab my nose and the entire mystery would be solved. And it worked for both my brother and me.
And that’s a great thing when dealing with kids; however, adults can be a lot trickier.
Still, we are not that helpless.

Truth Is Not Always so Easy to Handle – but We Need to Know It: Find out How to Tell When Someone Is Lying to You with 4 Tell-tail Signs That Will Make His Lies Clear as Day

Liars are pretty sneaky: otherwise they wouldn’t even try to lie to you. If a person knows that he or she is not cunning enough to trick you into believing lies, he or she won’t even try. But that doesn’t mean that there is no way for us to see through those who are fooling us, there are ways to tell if someone is lying us. We’ve all seen some of CSI, right?

When a person is lying, whole her body is responding to the fact that there is something wrong in what he or she is talking about. At the same time the brain of the liar thinks about what has actually happened while it creates completely new information. Basically: when we lie, we confuse ourselves and our entire body is protesting against it. So what we need to do is simply follow the signs. 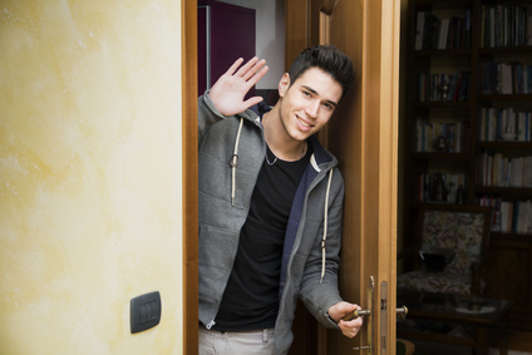 First of all when a person is smiling the muscles of his or her entire face are included (you know when you say that you can see that someone’s eyes are smiling? That’s basically that, because even the muscles around our eyes react when sincere smiling is in question), but when a person is lying to us while trying to be polite, he or she will force a smile. You can recognize a forced smile because a person usually uses only lip muscles for providing it. It’s not called forced by accident, in some terrible cases it can really look like an unnatural spasm.

When a person is lying there are at least two things he or she can try to avoid:

Looking you in the eyes;
Using first person singular. 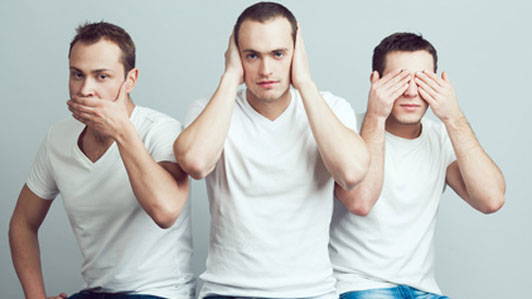 One of important signs that someone is lying you is the fact that you can barely catch their glance. If you usually have no problem making an eye contact with that person and all of a sudden he or she’s looking in every way but yours, you can use that as another step to deducing whether that person is trying to hide something from you. But be careful not to bring your conclusion based solely on it. Some people are very skillful when lying is in question and can look you straight into your eyes and still not tell the truth.
The other type of avoiding can be also crucial in deciding whether or not someone is lying: in order to distance themselves from what they are telling, people who lie tend to use less ‘I’ in their speech. That is why usually they talk about themselves in third person or they even use passive voice, but they hardly ever use ‘I’. So, if you wondered how to know if someone is lying to you, you got some clues. But that’s not all.

Unfortunately, there is no way we can make a person’s nose grow if that person is lying. Still, if you don’t know how to tell if someone is lying to you, nose can be the one to help you on your way to finding out. If you notice that someone is way too often touching, scratching or rubbing their nose during your conversation, that could easily be one of the signs that someone is lying. Touching neck or mouth in a nervous manner can also be related to the same cause. The important thing is that the fingers are not calm, but fidgeting, or tapping against some surface. But don’t mix it with regular tapping of fingers: this can be suspicious only if it is not characteristic for a person to tap her fingers.
Some observers even say that our nostrils get wider when we lie. Who know, maybe that too is one of the signs that someone is lying.

If during the ‘chit-chat’ with someone you think is lying to you, you’ve noticed some of the ‘symptoms’ we’ve mentioned above, but you’re still not sure (and you shouldn’t be – take your time when making such tricky conclusions) try changing the subject and watch if their behaviour will change. If they lied to you, they were probably at least a tiny bit tense, so having finally the opportunity to stop lying and talk about something else must be somewhat relieving for them. If so far you didn’t know how to tell when someone is lying, now you definitely know. Look at their movements, have they finally let their arms fall relaxingly in their lap. Has the speed of their talking decreased or increased? Is there less ‘ehms’ and ‘umms’? If there is, and you can see the definite change in their behavior once you switch the subject, you can be almost positive that something in their story.

Should they plead guilty or I?

What you are left with no is to figure out finally what is wrong in that picture. And what are you to do is completely up to you. All you have to remember is to not rush when coming to conclusions. If you want to know the truth, and you are not sure how can you tell if someone is lying watch closely for the way they behaved before, during, and after a conversation on problematic topic. And don’t worry right away; maybe they are lying only because they’ve been preparing a surprise party for you!

Posts Related to How to Tell When Someone Is Lying: 4 Signs He's Not Telling the Truth That We Thought You Would Like: Staff Picked Interesting Articles Worth Reading