He is searching for something that is missing in your relationship. This is why men have emotional affairs. His new “special friend” is providing something you aren’t providing. Look for these signs of emotional cheating before it’s too late.

How to Know if He is Having an Emotional Affair

He’s not out at odd hours, he’s not constantly getting suspicious texts, and he’s not getting overly defensive about anything. But lately he seems empty of emotion around you. The relationship is getting nowhere, but he doesn’t seem to be stressed about anything. He merely smiles and creates an illusion on the outside that everything is fine, everything is under control. But on the inside, his intentions are not genuine and he is seeking support from another girl that he feels you cannot provide. 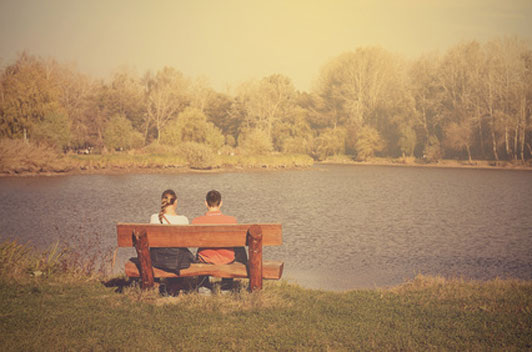 Signs He is Having an Emotional Affair

1. He Stopped Talking About Work

Emotional affairs most commonly take place in work settings, where the people are most comfortable letting their dirty little secrets out loose.

2. He Has No Emotion

Well, he has to get emotional support from somewhere. And if it’s not from you, then be sure he has another source for support.

This one may or may not be so obvious, depending on if the behavior changed from before he started emotionally cheating on you

4. He Has Many Other Female Friends

He is getting his emotional needs fulfilled by someone else, and this is troubling because these seemingly harmless emotional affairs often turn into something a lot worse. If you are unsure about the emotional state of your boyfriend, there is no need to panic and start getting desperate. But it’s important to know the signs of an emotional affair behind your back. That harmless exchange to his female co-worker about you could signal a shaky relationship in the future. The key to catching a cheater is to spot the signs early on.

Emotional Affairs Can Start Out Small and End Up Destroying the Relationship. Don’t Underestimate an Emotional Cheater

It’s possible to cheat on your partner without actually getting intimate with anybody else. This is called emotional cheating. Someone who engages in adulterous behavior, in the form of words, outside of their current relationship is having an emotional affair.

1. He Stopped Talking to You About His Workday

Emotional affairs at work are a common thing these days. At first it just starts out as harmless flirting, then it becomes more personal. It turns from a friendship at work to something a lot more confusing. He shares his personal life about your relationship together with a girl he knows at work. He often shares negative experiences from the relationship, and the private details of your arguments together. It is common because guys often have nobody else to discuss these problems with, other than their mothers. These types of men are not ready for a relationship with a woman, if they are so ready to spill these kind of secrets to other random women at work.

What Happens at Work Stays at Work

The dynamics are such that he feels that there will be no consequences because what happens in the lunchroom at work stays there. So he slowly starts hiding details from his workdays. He never mentions this new female friend at work who he spends his breaks talking to. This type of emotional infidelity can be the most insidious, because it can sneak up out of nowhere and cause the most harm in a relationship.

Ask him about his day at work, every day. If at first he seems nervous to reveal too much, it’s a red flag. If you keep asking him daily, and he gets defensive about it, it’s a second red flag. If he tries to change the subject or only replies with short vague answers, that’s a third red flag. Three strikes and you’re out. Something is off when the communication in a relationship starts to change. His suspicious behavior about work is a cause for concern, because normally guys have no problem with discussing to their girlfriend how their workday went.

2. He is Emotionally Spent Around You

He comes home, he turns on the television, checks his personal emails, and for the most part ignores your presence. You both might be still physically attracted to each other, but for the most part his intimacy has checked out. He is emotionally spent, meaning he has given someone else his emotions already that day and has no more care left for you. He is emotionally flat, and unreactive to things that you tell him. This is one of the emotional affair signs that signals that there is something more than meets the eye. If he is devoid of emotion, it’s very possible that you don’t bring out the same feelings in him anymore than when you two first met.

3. His Phone Habits Have Changed

Perhaps there is someone else involved who is comforting him, whether it’s someone he met online or an old flame. The texts they send each other are increasing in frequency. He becomes more paranoid when pulling his phone out in front of you. He will use defensive measures such as ceasing texting when you enter the room, or try to hide the screen from outside your gaze. These are subconscious measures and they are easy to spot. If your boyfriend’s texting habits has changed, and it’s showing from the way he handles his phone around you, you will know eventually. You don’t even need to go as far as looking through his phone, either. If he is having an emotional affair, chances are he will have changed the password or will start making up lies as to why he is blocking you off from it.

Girls have a natural inclination to keep close tabs on who their boyfriends are in contact with. We have the innate desire to have him to ourselves, so we try to limit his exposure to everyone else in the process. However, this is unhealthy controlling behavior. A guy with guy friends is a great thing. A guy that spends time talking with other guys has less time to spend talking with other girls, and isn’t that what you’d prefer? Allow him plenty of time to hang around his guy friends and build meaningful friendships. However, other female friends are kind of a grey area depending on how much time they spend together. Whether it is an old friend who he still has a great emotional bond with, or a new girl who is on his mind a lot, it is bad news for you. Emotional adultery can take place when you least expect it between him and someone else you would never expect.

Posts Related to 4 Suspicious Signs He is Having an Emotional Affair Behind Your Back That We Thought You Would Like: Staff Picked Interesting Articles Worth Reading

It is difficult to handle control freaks so if you see the signs of a controlling man, you should already know what to do. We have compiled a list of signs you should keep an eye out for so that you will know what the things that raise a red flag are. It will be easier to handle the situation if you know exactly what you have to face.