Home
Girls Talk
8 Signs No Girl Should Ignore: What Makes a Good Listener?

Your boyfriend is supposed to be the one that listens to you no matter what. But is he a good listener? Does he really hear what you are saying or he only hears you speak? Read on to find out about the signs.

Is Your Boyfriend a Good Listener? He Listens?

Men often make the mistake of assuming that all girls talk a lot without any meaning. As a result, they have the tendency to tune them out and randomly nod or say “Aham” so that their partner will think that they are listening. 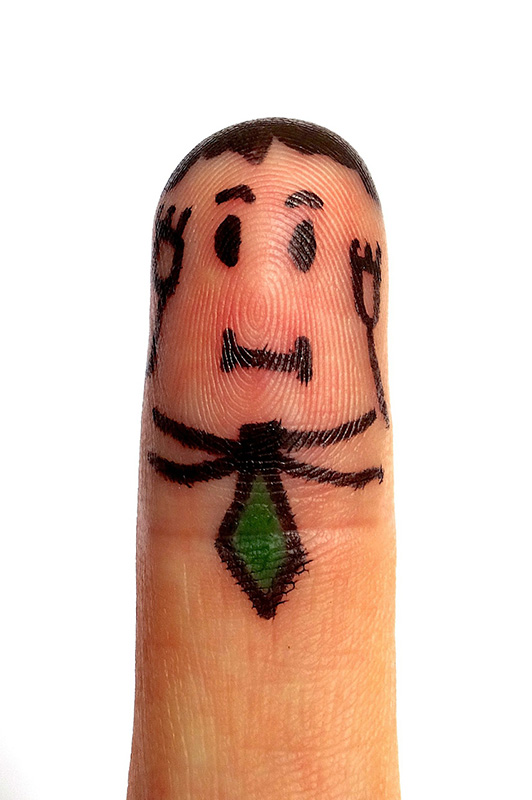 However, being a good listener doesn't only mean that they don't say anything. It also means that they are able to give feedback or share their opinion on a given matter. Although you might have other people in your life who listen to you, your boyfriend should be your first option when it comes to it. So what does it take?

How to Know Whether or Not He Is a Good Listener? Which Are the Signs that Will Let You Know He Really Cares?

If you want to know whether or not he's a good listener, here is a list of 8 qualities that he should possess. However, it might be time to consider whether you're a good listener too.

In case you're asking what makes a good listener, the first sign to look for is whether he ignores you or pays attention when you speak. Your boyfriend should be present at all times, knowing what you just said and they should be able to give you an authentic reply, not only a general or random one. 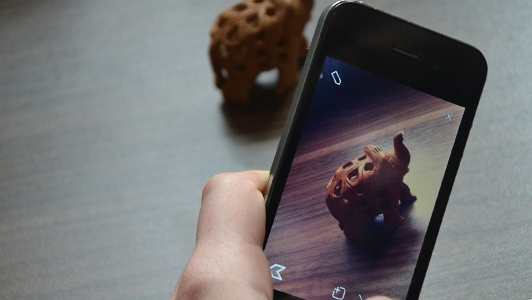 This also means that he removes all distractions (including his phone) and he focuses all his attention on you. This is something you will feel unconsciously. Keep in mind that if you have the feeling he doesn't listen to you, most probably he doesn't even if sometimes you can't quite put your finger on what gives you this sensation.

At times he doesn't understand you

He might be really listening to you. However, the good listener may also have some failures. At times he might fail to understand you or to hear you and this is absolutely acceptable. 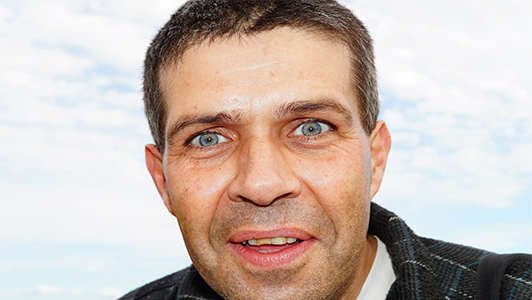 Most probably you don't always understand the people around you either. Nonetheless, that doesn't mean that you don't listen. If this happens to him you shouldn't just to the conclusion that he's not listening. He is, but he is only human too. You should always consider him innocent until proven otherwise or you'll just become another drama queen.

One of the biggest sign regarding his qualities is whether or not he feels empathy towards you when you're speaking. Most probably he won't be able to relate all the times (don't forget about all the girly stuff you share with him that he simply can't relate to), but if he does have any trace of empathy, it will not go unnoticed. 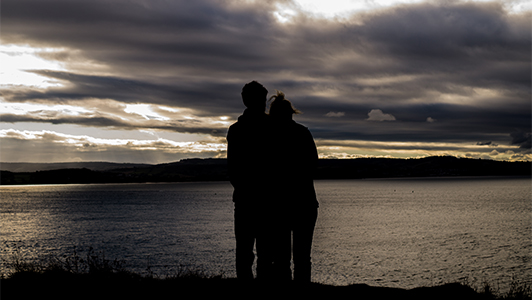 You can know that he's really listening if he talks like he put himself in your shoes and he understands what you're talking about, what you might feel and what you might think, even if you're not saying it out loud.

He is keeping an open mind

You can know he is a good listener if he can keep an open mind. People have to remember that not every conversation they have will be life-changing for the people around them. However, the fact that they try will always make them a pleasant company and it will be nice to talk to them. 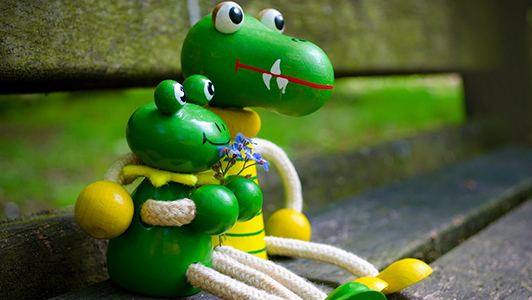 If he tries to keep an open mind will stop making him the problem, but he will become the problem solver. The truth is that this is the kind of people you want to be surrounded by. If your boyfriend has this quality, most probably he is a keeper.

He can ask the right questions

Does he like you? If he asks good and pertinent questions when you're talking to him, he most probably does like you and this is something you will never have to think about, ever again. People ask follow-up questions to find out more about the story they're hearing. 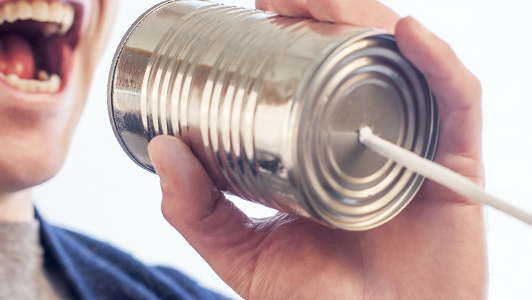 Naturally you should be thinking about real questions, not something like “Why?”. If he asks good questions, it is also a feedback for you, because it means that you are able to communicate efficiently and effectively with him. This is the basis of good communication in a couple and once you reach this level, you can be sure you are on the right track.

The truth is that the majority of men aren't really intelligent from an emotional point of view. This isn't necessarily their fault, but if you identify him as an emotionally intelligent man, you might want to keep them close a little while longer. Emotional intelligence means being aware of our own emotions and of the people around us. 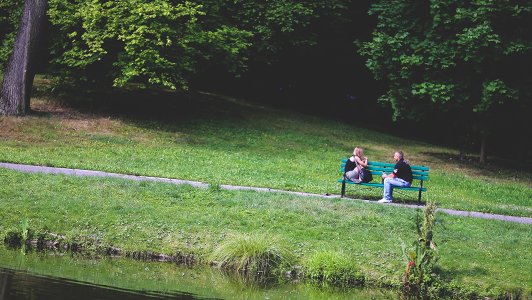 If he's only thinking about what his next line will be, it means that he doesn't really listen to you. He has to stop doing anything else and only focus on you. This way he will be able to catch more information.

Does he become defensive?

Anybody can be a good listener when he's told things he likes. However, the majority of people aren't such good listeners when they have to listen to things that seem unpleasant for them. If your boyfriend is able to listen to you even when you're not on your best behavior, it is one of the qualities in a guy you have been looking for a long time. 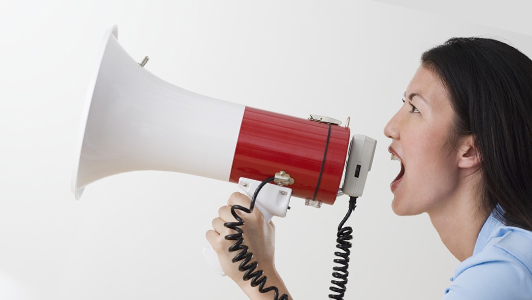 This is because the effective listeners don't block out criticism. They listen to it and they try to learn from it. They also think things through twice before they answer. It's not about how fast the answer comes, but the quality of the answer.

He can manage his emotions 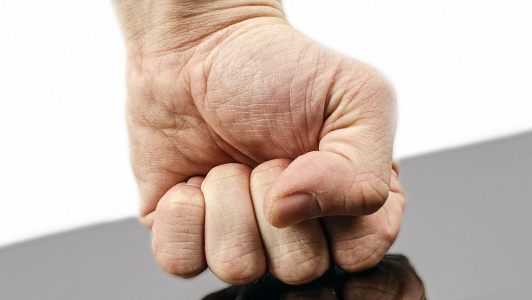 One of the good qualities in a guy is that he can manage his emotions, regardless whether it's anger or discomfort. He should be able to embrace all the emotions he might feel during a conversation with you and this is something you should learn as well. You have to be comfortable with being uncomfortable. Although at times like this it might be difficult to maintain focus, we should all try our best.

All in all, a good listener doesn't mean a person who doesn't say anything; it refers to a person who knows the right thing to say at the right time. If your guy is like this, it's like you won the jackpot and you should try to keep him close.

Posts Related to 8 Signs No Girl Should Ignore: What Makes a Good Listener? That We Thought You Would Like: Staff Picked Interesting Articles Worth Reading

How to Be a Better Listener: 7 Talking Habits to Improve Communication

Learning how to be a better listener is more difficult than it sounds, yet it is the one communication skill that can improve our lives the most. By incorporating some of these strategies into your future conversations, you are giving yourself the best chance for a lasting impression. Learn the real way to make friends and influence people, by valuing someone’s turn to speak.

This advice will prove useful. When you are at a loss for words and you are not sure how to tell a guy how you really feel about him. You can overcome those fears by finding the right strategy that works for you. Here are a few ideas on how to let a guy know you like him. The great thing is that words are not always necessary in some of these.

Happy Relationship: 5 Ways to Be Happier When You Are Together

Have you ever wondered what makes a happy relationship? Is there something you are missing or don’t know, and therefore, your relationship might be struggling to survive? Are you already a happy couple? Happy relationships don’t just magically happen, they require work.

←Previous 7 College Bucket List Ideas to Make This a Year to Remember
Actions Speak Louder than Words: How to Know What Someone is Thinking Next→