Dating might be fun and exciting but most of the time the end result is a beautiful relationship that have you both being thankful for having met. Guys don’t always let on that they are interested in a relationship though. Instead they might just give little implications and hope you quickly pick up on it.

How to tell he wants a serious relationship with you

Men are not always perceptive. They will be into you yet act like they couldn't care less about you. How do you get men to show they want more? Does it have to be forced? Or will it come eventually? If you have been dating for a while and has come to the point where you are looking forward to taking it one step further, you might be wondering if he feels the same. 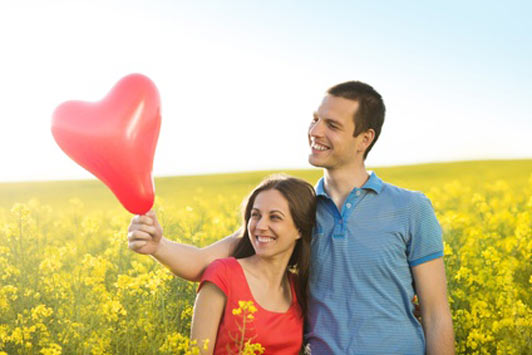 He makes time for you

No need to beat around the bush to figure out where his heart is if he always has time for you. If a guy ensures that quality time is spent with you then he might be showing you how much he wants to take it a bit further. Spending time with you means that there is a strong possibility that he definitely wants more of you. If he will ensure that dates aren’t missed and won’t seem to always have a long list of excuses when he needs to be with you, he sure is a keeper. Sending you signs he wants you but probably too afraid to come out and say it.

He shows signs of jealousy

If he doesn’t seem to want anyone else near you or gets jealous when he sees you talking to a guy then he definitely is edging towards the relationship mark. Guys tend to become very jealous when they think they are being challenged (even if indirectly) or if they think someone else is coming too close. Believe it or not, guys think of women as theirs so he will give no tolerance for any other male who tries to come close. This does not go for those who want to be controlling and possessive as there is a huge difference. When next you ask are there signs he wants a relationship with me? remember that a guy who really wants you does not only act on it solely when someone else shows an interest.

He lines his plans with yours

Have you realized that his plans seem to be in sync with yours? Does it seem that you are on the same boat, rowing in the same direction? Well if he seems to have streamlined his plans with yours then he is thinking about the future with you. Once he has been able to change even change his sentences from singular to plural, you will realize that he is already there. A guy who has his plans going the same direction as yours is surely signs that he wants a relationship with you. He might not be outright with his plans but little hints here and there will always be an indication.

He goes all the way

He has to be convincing and one way to do that is to bring his points across not through words but through his actions. A guy who wants you to know that he is interested in a relationship will show signs he wants to date you exclusively by going the extra mile. Going all the way means he might find little things to do for you so you don’t have to be bothered with them. If you have noticed that he goes out of his way to ensure that you are happy and comfortable, being just friends should not be on your mind, at all.

He becomes even more protective

Men like to be seen as superheroes, especially to the girl he likes. When a man realizes that he sees what he wants he turns into a superhero and become extremely protective. You might have been dating for a while and have been enjoying his gentlemanly character but the moment you realize he has now become your protector, you will definitely be faced with signs a guy wants to date you. A man will treat a woman like she is the most precious thing to him. Why? He doesn’t want to have to deal with the loss of what he has so his better option is to protect and preserve it.

He has you meet his family… 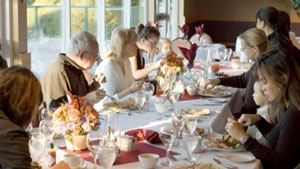 This is sometimes the deal breaker. This is one of those signs he wants a relationship with you. That you won’t need to question Bringing a woman into his family or making an introduction is a way of show baiting and double checking to make sure all is clear to proceed as intended. Whilst the family does not determine if the relationship should happen, taking a girl to meet his family is something a guy normally uses to seal the deal especially if she was well liked.
He might have been showing signs he likes you but nothing really says he wants you to be his girl like an introduction to his family. The things men usually refrain from saying out loud are not usually hard to figure out but when it comes down to relationships, it’s all secrecy. Men keep how they feel inside and would rather show what they feel. But for the girl who remains clueless about how he feels what else does she look for? Can she act on her own instincts or does she just wait until he starts talking? If he likes you enough and is serious about a relationship, he will let you know no matter what.

Posts Related to 6 Signs He Wants a Relationship That Say I'm Serious All over Him That We Thought You Would Like: Staff Picked Interesting Articles Worth Reading

Is He Serious about Me? 8 Signs He Wants to More Than Date You

Sometimes the signs he wants a relationship with you might not be understood by women or they could be misunderstood. To know exactly what he wants from you, you should check out the list we have come up with. These will give you an insight into his intentions so you will know whether it will be a fling or a lasting relationship.

Are We Going Out Out? 8 Signs You and Him Are Really a Thing

How do you know you are really going out with a guy? We have come up with a list of 8 signs you should be looking for to know whether it is only a casual outing or you are on a real date. Just make sure you keep an eye out for all of them or he just might surprise you and you won’t even see it coming.

←Previous 11 Incredibly Random Things to Do with Your Best Friends
Are You Being Taken for Granted by Him? 5 Questions to Ask Yourself Next→