To avoid ending your relationship before it is too late, we often just do not understand why we are falling apart! Instead, without knowing the reason, the relationship ends badly.

What are some of the worst signs in a relationship? 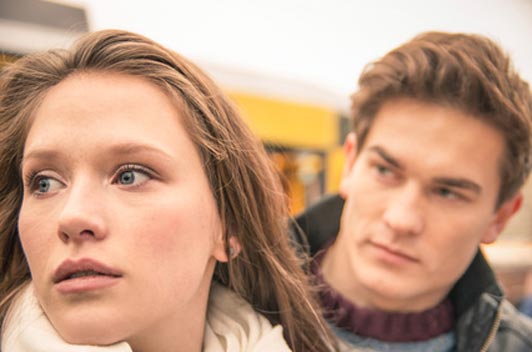 When we see faults in our partner, we notice that they can be ignored simply because they’re no big deal. It will happen when the time comes. This is how the seed of bad relationships gets planted.

So, she has a bad habit of leaving shoes all scattered around the house? You're orderly as well as neat enough for the two of you. These things happen.
Once you’re serious about your relationship and think about whether this has a future, there exist a couple of problems that are very serious and can’t be ignored. Let’s talk about some of the worst signs in a relationship and how they can be improved.

You feel responsible for the happiness of your partner

Pay attention to your inner red flags when your other half thinks he/she relies on you and just you so that they can be kept balanced emotionally.
Whether your other half is in a despair pit or is extremely angry, she/he literally feels that you should be blamed for this, and it’s your responsibility to change this. He/she believes somehow you’re the one who does the damage. Whatever the thing you say or do to cure the circumstances is unavoidably just wrong. Also, it makes your other half really bad and that is, obviously, your mistake. You are at all times on eggshells as well as you feel you’re starting to suffocate. This sort of a relationship is toxic and you better get out of it as soon as possible.

You start thinking maybe you’re in the wrong relationship.

It might sound very obvious, but your ability to silent the doubts of relationship might probably result in being an enormous guilt in the future. Several times we think about an old, bad relationship and in reflection can we actually tell signs for real for what they actually were before. Nonetheless, if you think hard and deep about it, you really knew it the whole time and you only desired to overlook it doesn’t matter what the reason was.
Instead, just be highly positive regarding the concerns of your relationship as well as address them with your other half or just move on before one of you gets hurt. Make a note mentally of whatever is troubling you! If it starts to happen over and over again or you start feeling your inner warning lights switching off, it's high time to finish off this relationship.

You change who you are just for your partner.

Every one of us changes a little as soon as we're exposed to a brand new partner as well as their distinct tastes. You watch a television show just for the sake of your partner, or you become a vegetarian just because he’s one too. It's a fixed issue when you realize you’re actually molding your opinions, values, as well as even your style of clothing to suit your other half. If you edit something you’re about to say it and continuously observe how you say things or stuff like that and feel like your partner is constantly judging as well as grading you, it’s the right time to move and forget this relationship.

You defend your other half because of your friends and family.

Everyone is not going to like your girlfriend or boyfriend, not as much as you like them. However, you should be worried if there happens to be a common agreement among friends as well as family that your brand new partner is completely not for you.
When your family and friends are not at all comfortable with you being together with your partner, it's high time to start thinking what you should do about it. If you’re being secluded from family and friends and you tell yourself they don't know anything about your other half the way you actually do, 80% chances are this might end badly.

Your partner wants ‘me’, but you want some ‘me’ time.

You desperately want to give sometime to only yourself. In the meantime, your other half is complaining regarding how so little you see of one another. The frequency of connecting, in other words, is either extremely low or extremely high whether that’s calling, texting, or meeting one another in person. It's a severe issue if a portion that is comfortable mutually for you and him is never ever found.

You take each other for granted

Some of the utmost clearest signs of a bad relationship are that you tend to continuously take your other half for granted. Do you just start assuming that he/she is about to stay with you? Do you start assuming that your boyfriend or girlfriend is about to pack your lunch on a daily basis? All these little things can for real end a relationship and can make others angry.

Your partner constantly insults you

Is your relationship made up of nonstop negativity? Ever felt like you at all times have to be the defendant? Well, that is definitely one of the worst signs of an unhealthy relationship. Your other half should make you feel great all the time. She/he shouldn't continuously be degrading you. That could in fact be a sign that you're in an abusive relationship emotionally.

What Do I Do Now? Things You Can Do after Realizing You Are in a Bad Relationship That My Save It

So, now you have a list that might help you in your relationship in the future. Many times we don’t really have an idea where we’re it wrong, but if we realize it on time and start changing our bad habits, which may be just what you need to save your relationship. That is if you do it right.
If you heavily like someone and are unaware of things you do that annoy the other one, you should seriously take a look at what you’re doing wrong and start taking reading this list of worst signs in a relationship!

Posts Related to Bad Relationships? 7 Relationship Signs that You and Him Are Toxic That We Thought You Would Like: Staff Picked Interesting Articles Worth Reading