10 Good Relationship Sure-Signs That He's a Real KeeperWhile you assess your boyfriend for keeping with him a long good relationship, you mostly compare his attitude with those marked as red flags. But do not you think you also need to rate him comparing to positive aspects? So, check out these signs he is a keeper and then assess your love-bond.

Rate Your Boyfriend… is he a player or a keeper?

A girl's life becomes more meaningful and precious when she comes across a guy who is a keeper. Being a keeper means he is worth enough to be on your side in a long run, and that is what makes a good relationship. So, in order to find the one, you need to assess your guy through his acts, sayings, behavior and attitude toward you. 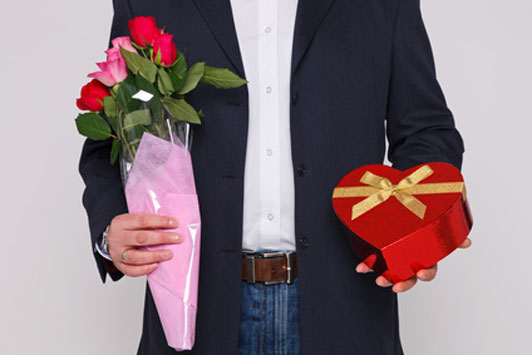 All these evaluations are based on knowing that is he a player or a keeper? Doing so, you can prevent from getting heart-broken and live a better, stable and healthy life.

10 Obvious Signs He Is a Keeper Which Will Help You Decide Is He worth Keeping for or You Better Let Him Go!

Time is running out girls! You don’t need to keep changing guys every now and then, and let them play with your heart as a toy. Better stick on one that shows following signs he is a keeper, and thus lead a healthy and good relationship with him.

A good relationship is based on priorities i.e. where you stand in his life? Does he values you and considers you the most important in every way? If his actions and sayings affirm it then surely he is a keeper and you better not let go of him. This act of prioritizing you on top will prove that he values you and your relationship the most precious and important in his life. This will further strengthen his keeper-image.

He remains with your through thick and thin

In order to find out is he a keeper, you need to assess his presence, support and help through your both good and bad times. Generally, a guy takes active part and shows interest in his girl’s achievements, cherished moments and events, but only few stands through thick and thin. That’s what makes your guy stands out if he shows care and assistance during your crisis and takes you out of your grief. If he really does this all, then surely these are signs he is a keeper.

He adores you despite of your odd habits

One of another signs he is a keeper is that he accepts your flaws and admires you irrespective of your oddities. For an instance, if you have a habit of keep talking while eating, this surely looks unmannerly, but what if your guy does not points it out and appreciates you no matter. This shows he is the real man! Clearly, this level of not merely tolerance, but appreciation toward such odd habits of yours proves that your guy is worth to be kept forever!

While assessing is he a player or a keeper, you need to evaluate the constancy of his behavior, attitude, and talking, from the day you guys met for the very first time, to the day you feel to assess the worth of keeping him in future. A reliable and sincere will not change over the blend of time, rather he will either become even better or remains the same, both of which are best anyways. Thus, if your guy shows keeps the stability in showing care, love, admiration and respect toward you, then this surely is what makes a good relationship healthier and stronger.

Another signs of a keeper include similarity in the goals, dreams and plans of you and your guy. Does he appreciates your idea of studying further and he wants to do so? Or does he want to tie marital knot with you when you yourself wish to do so? No matter what the situations is, if you both have same views, plans and goals, the surely these are among obvious signs he is a keeper and worth marrying to!

He handles you well during your mood swings

Taking care of each other’s emotions and handling moods swings is what makes a good relationship. It has been researched by psychological behavioral analysts that girls show more variations in moods and are comparatively more expressive then guys. Normally, the guys see the mood swings and expressive nature of women as bizarre behavior, and leave them to grief alone. Whereas, if he is a keeper, he will handle you efficiently by consoling you in grieving moments, and advising you when you need it rather than accusing you on your faults.

He shows respect to your family

Respect is undoubtedly among the signs of a good relationship. If your guys admires your family, respects them as his own, and show active part in your social gatherings, then this reflects his keen interest and positive involvement in your personal life. This is highly important for assessing is he a keeper or not, since valuing your family and relatives is equivalent to valuing yourself, and that’s what you must want to see in your dreamed keeper.

He plans surprise trips for strengthening the bonding

Another signs you’re in a good relationship is when your guy plans surprise trips for spending more time with you. This shows that he takes time out of his routine for planning and thinking of how to make you happy and closer. Generally, girls are seen to get fascinated and excited by the surprises. Thus, this is among the signs he is a keeper if he takes you out randomly and visits the favorite places of yours. This surely reflects he considers you ahead of all the other things, happenings and people in his life.

He takes you out in his social gatherings

When your guy takes you out in his social gatherings, parties and events, and wants you to meet his friends, then this is evidently among the signs you are in a good relationship. This is so because it reflects that he want to expose you to his relatives and friends. Meeting his friends and social gatherings will better expose his attitude, likes and dislikes. This will further make you see the sincere side of his personality as he hides nothing from you and takes you along wherever he tends to go.

A girl gets highly heart-broken when she dates a guy; he hangs out with her and suddenly disappears without any trace. Now, let’s take a totally opposite perspective. You guy has been with you in a relationship for past few months, and the consistency in his calling and meeting you has not altered at all. These are surely the signs of a health relationship and reflect that your guy must be kept in long run.

Posts Related to 10 Good Relationship Sure-Signs That He's a Real Keeper That We Thought You Would Like: Staff Picked Interesting Articles Worth Reading