Home
Girls Talk
Are You Being Taken for Granted by Him? 5 Questions to Ask Yourself

Are You Being Taken for Granted by Him? 5 Questions to Ask Yourself

Learn how to figure out if your guy is taking you for granted. You can analyze where you are and where you going easier. You can easily pick up on the obvious signs that are showing the importance of the relationship to him.

How to tell when he is taking you for granted 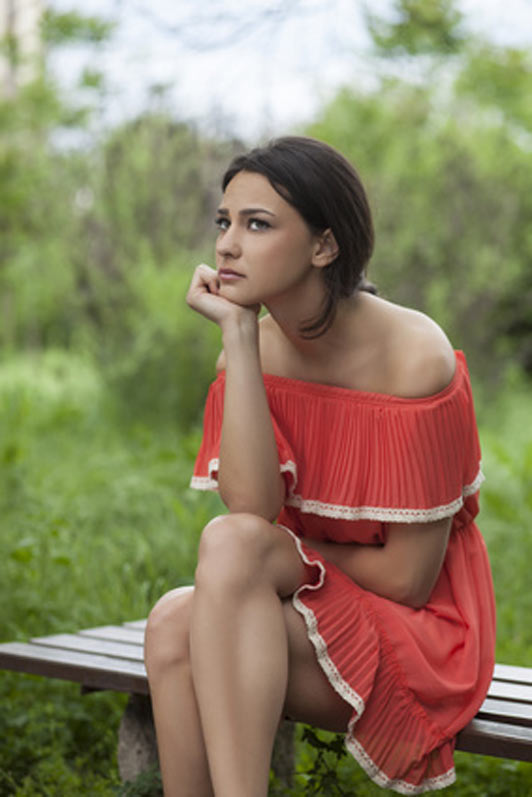 Maybe you are questioning the relationship entirely and want to know if it is worth your time or effort. Here are a few things you might consider when trying to find ways on how to stop being taken for granted in a relationship.

Am I in a one sided relationship?

He might say he wants it to work but all the efforts that are being put into the relationship is being made by only one person; you. If you feel as if you are rolling the proverbial stone up a hill like Sisyphus, the Greek mythological character, chances are you are the only one who really is in a relationship. Many women will tell about occasions when the man will even get to the point of making a woman feel guilty because he is not trying enough or not trying at all. Being always “too busy” should never be an excuse to give effort to preserve your relationship. Encourage him to make time if you really want to see results. Nobody likes being taken for granted in a relationship.

Am I his go to person or his girl?

If he always has little things that he wants you to do for him (especially those things the he can handle easily) he might be taking advantage of you. doing things for your guy is a normal part of a relationship but if you feel uncomfortable running his errands especially when all he does is sit and give orders then you are definitely not what you had hoped you would be; his maid rather than his girlfriend. The great thing is, you have the power to combat this. Ask yourself why you are allowing it or why you need to say yes every time he needs a favor.  All it takes for you to get things under control is just say “No”. There are many sayings about being taken for granted but always listen to your own instincts.

Am I worth his time? Is he worth my time?

If he never keeps his promise and almost never seems to care if he misses a date then you are definitely being taken for granted. Someone who is true to you will keep their word and try to make you happy. He won’t need to create excuses for not being able to spend time with you. When there are odd times that he really can’t fulfill a promise, you won’t even need to ask if they were down about it, it will show like a sore thumb. If you are worth his time as much as you think he is worth yours, you won’t need to ask if he does or question how you feel.

Am I his mother?

Understanding that you are his girl and not his mother might be easy for you to understand but not be so easy for him. If he always seems to be confusing the two of you then you are in a relationship where you are being taken for granted. In relationship issues, it takes two to make things work and again the same to resolve any issues that arise. If you have to constantly pick up after him, cook for him and perform motherly duties, he hasn’t matured yet and hence can only delegate instructions to you. When this happens there is no need to ask “am I being taken for granted” because it is obvious. Men will often be stereotyped for being messy but some will go overboard to cement their names with that kind of thing. If he always sees the need to throw his dirty laundry or shoes etc anywhere despite your constant complaints he might have any respect for you in the first place. If you notice he seems to throw these things about even when you are insisting he doesn’t means he is taking advantage of you.

Is our relationship fair?

Men think that they are kings and hence they should always be on the hunt. Some at least thinks that even after they have found her, then the hunt should continue. If he wants to date other people yet will make his objections be known if you even want to hang out with your male friends, he is taking advantage of you. No need for any more eye openers on this one as it is more than a clear indication. If you are tired of being taken for granted, the first step is to talk about it; let him know how you feel. Being rationale and willing to communicate feeling scan help your relationship positively.
A relationship should be a happy and fulfilling experience. It should never be anything but. Having a partner reach the point where they want to find strategies on how to stop being taken for granted means that it has reached a sad stage. Read a few poems about being taken for granted and see if you find inspiration before tacking the problem.

Posts Related to Are You Being Taken for Granted by Him? 5 Questions to Ask Yourself That We Thought You Would Like: Staff Picked Interesting Articles Worth Reading

9 Things to Be Grateful For Right Now: How to Take Nothing For Granted

We all have things to be grateful for. When your life doesn’t seem all that great, do you feel sorry for yourself? Turn your life around by thinking of the positives. Even something as small as meeting a new friend can make your day if that’s what you choose to focus your mental energy on. Decide to be thankful for all the positive events that happened during the day, to have the right motivation for tomorrow.

The Importance of Family: Why Family Should Not Be Taken for Granted

Family is the most important thing in all people’s lives even if sometimes they realize it too late. They are the people who are always by your side and trying to help every way they can. If you cannot rely on your family, who can you rely on? This is why you should never take them for granted and let them know how you feel.

5 No Contact Rule Questions to Ask before Letting Him Go

Need help letting him go? We have got your back. Here is help for anyone who has a hard time dealing with a past relationship; or you just have a knack for always going back to broken relationships. Find all you need to know about the no contact rule after breaking up with him.