Home
Girls Talk
8 Signs He Has a Girlfriend: How to Find out If He Is Taken

There might be a guy you like, but how to tell if he has a girlfriend? The good news is that there are some signs you should keep an eye out to learn the truth (even if he does his best to hide it from you).

How Do You Know If He Has a Girlfriend–8 Signs

In case you have been going out for a while you may pick up some signs that everything isn’t in order. What’s the first thing you ask yourself? How do you know if he has a girlfriend? Let’s face it: guys aren’t always the most honest people alive so you might have your suspicions. If you think there is something fishy about him, make sure you keep an eye out for the signs we compiled for you. 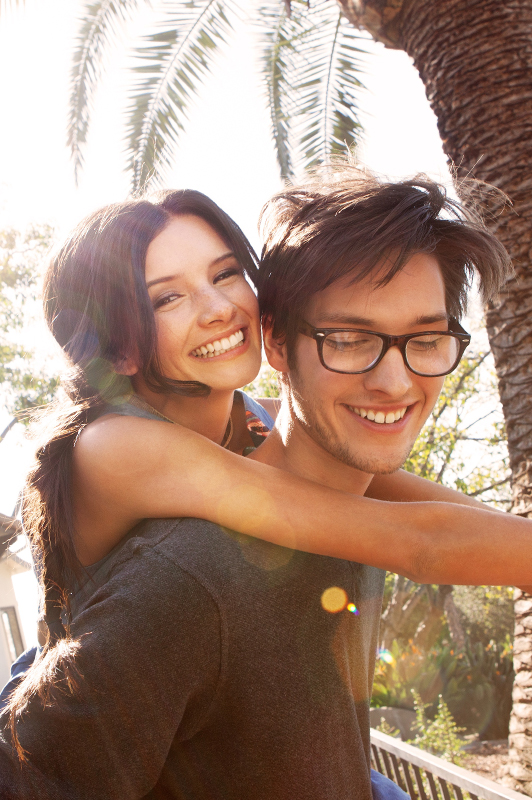 These will allow you to use his own behavior against him when the right time comes and he won’t even know what hit him.

So, how to tell if he has a girlfriend? Here are the most common signs you should be looking for to know if there were more than two persons in your relationship.

You don't have public dates

Did you ever notice that each time you go out he takes you to a place he has never been to before? When asking how to tell if a guy has a girlfriend, this is a sure sign. If he has such behavior it means that he doesn’t want you to run into people who might actually know him and that he already has a girlfriend. In such situations you might confront him about the problem and just see how he acts. If he’s evasive, you can be sure that there is something he needs to hide (or it’s actually you he needs to keep from the eyes of the world).

Does he ever invite you over?

Have you ever been to his place? No? Why do you think that is? It’s either that he’s really messy and he doesn’t want to scare you off (why doesn’t he make the effort of cleaning up his place at least once?) or that there is someone or something he doesn’t want you to see. In case you are wondering how to know if a guy has a girlfriend, you should make him invite you over. If he still says no after pressuring him a bit, but he won’t give you an acceptable reason, it is time for you to move on.

Does he answer when you call him?

Is he trying to make you call him only in certain periods of time? What happens when you want to call him out of the blue? Does he answer? If it goes to voice mail and you don’t hear back from him until later that day or the following day when you actually had plans, it is highly likely that he needs to keep your phone calls a secret. As sad as it might be, this is one of the signs he has a girlfriend. Again, you could ask him about it, but most probably you will never get a straight answer from him because he has something to hide.

Do you know his friends or family?

In case you are wondering how to find out if a guy has a girlfriend, you should think about this: did you ever meet someone close to him like a friend or family member? If you have been dating for weeks or months now and you never met anybody, it might be just a coincidence, but it might also be an alarming sign. Did he also say that he doesn’t plan on introducing you to his friends? Now there’s a red flag for you. This might be the time for you to dump him.

If you are close enough, you may have gone through his wallet. Did you find any pictures or another girl he claims to be his ex? In case it is his ex, why does he still have a photo of her? If you are wondering how to find out if someone has a girlfriend, one of the best ways is to snoop around his personal things. You could also try looking at the pictures in his phone. The guys who have girlfriends certainly have pictures of them especially in this era of selfies.

For sure he has pictures with his friends on his Facebook page, but why does he refuse to post any photos of the two of you? You may be asking yourself “should I ask him again?”. If he said no several times before, what makes you think that the answer could be anything different this time? Most probably you represent a part of his life he prefers to keep hidden for one reason or the other. All there is left for you to do is to find his reason and then make a decision. For sure you don’t want to become the “other woman”.

You might be a spontaneous person who always comes up with new date ideas. Does he come up with excuses so that he won’t have to meet you? Does this happen often? It might mean that you are dating a guy with a girlfriend. Most people can fit in their schedule anything they want except for special cases. It is simply impossible for his life to be made only of special cases. Why do you always have to follow his schedule? If you can never have it your way, you can be almost certain there is someone else he needs to think of first and you only come second. Does that feel right to you?

He will meet you at odd times

In case he always wants to meet with you early in the morning or late at night, there are good chances he has plans with someone else during the day. In this case you have to ask yourself “what to do if he has a girlfriend?” At this point you have to decide whether you’re okay with the situation or you want to be the one to come first and look for another guy.

If you notice the above mentioned signs, you don’t even have to ask yourself “am I stuck in the friend zone?”; it really means that there is someone more important in his life.

Posts Related to 8 Signs He Has a Girlfriend: How to Find out If He Is Taken That We Thought You Would Like: Staff Picked Interesting Articles Worth Reading

Being around your crush can make you feel quite nervous; but being around your crush and not knowing if his smile is just his way of acting polite or an actual flirting instance can make butterflies in your stomach both flutter and try pinch you to death. To avoid excessive blushing and awkward replies as much as possible, reading different kinds of signs that a guy is interested in you can be quite handy.

←Previous How to Smile: 14 Ways to Look Natural While You Are Smiling
How to Get a Guy Who Has a Girlfriend: 8 Steps to Be with Him Next→