Some of the best ideas on how to find little ways to tell a guy you like him. You might not be too keen on words but these methods will show you how to overcome each fear that might arise when you are trying to find ways to let him know you want him.

How do you let a guy know you like him if you know he likes you but might be afraid to show it? We all need to realize that men can sometimes be really timid. There is nothing wrong with that really depending on what he is being timid about. Ever noticed how the forward person in a relationship is normally the guy. We wait on them to make the first move, to show interest in us first, in fact we wait them to do everything first.
But what about shy guys who even though they are interested they are looking for signals to make their move. On essence they are waiting on the lady to make the first move. 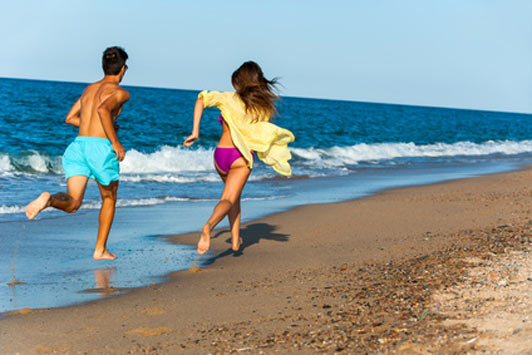 There really is nothing wrong with that as women sometimes really have to lead. So he like you, you like him but how do you let him know that? Is he trying to ignore you?
Here are a few tips on ways to let a guy know you like him.

Verbal communication is only one way to express yourself to someone. Letting a guy you know you like him can happen without you saying anything at all. The phrase action speaks louder than words is still alive. 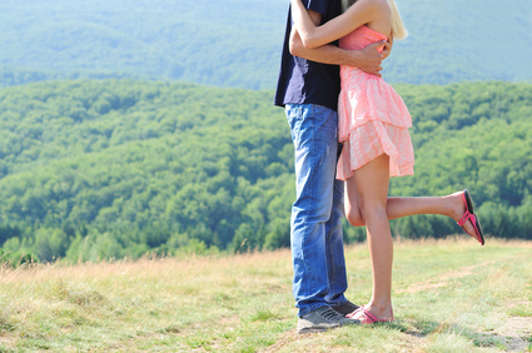 You can let a guy know you like him by the way you look at him. A mere glance is not enough. Just allow the gaze to linger a while and add a sweet smile to it. This will catch his interest and send the right message that you are definitely interested in him. If he likes you then he might mirror your reaction with a smile of his own. The only thing you are doing is flirting a bit with him. Flirting is one of the best ways to get a guy to know you like him. Either way at least you will have an idea that you are both on the same page.

You can let a guy know you like him by having one of his friends pass on the message for you. You can drop hints to his friends by asking questions about him. If he is also interested in you, his friends will be more than happy to relay your messages. Nothing will please him more than to have his friends tell him that the girl he likes is asking questions about him especially if he too had his eyes on her. Getting a mediator to act between the two of you might even end up being easier as you might feel shy to express yourself to him but find it easy to talk to his friends about him. Try it, it just might work.

How to show a boy you like him by being forward

Sometimes it pays to be forward. Getting him to know you like him without even thinking too hard about it will literally cut to the chase and get right down to the heart of the matter. You might feel nervous but at least it will take the issue out of the way without too many delays. You save so much time when you get the “how do I express myself” issue out of the way. You can then both easily move on to dating and getting to see if you are both what the other is looking for. Guys might like t0o lead but they often times are impressed by women who are outright.

How to show a guy you like him by texting him

Ok so if you are not a fan of face to face talks you might want to look at these options. Try texting him or sending an email to let him know that you like him. You might be surprised how the conversation ends up and the great thing is that he might be able to also easily express himself. When expressiolons of feelings are done via indirect means it comes with less anxiety but nowhere near the level of anxiousness one feels when the person they are interested in is right in front of them. There is less fear of how the person will react and they in turn will be less fearful of their reaction towards you.

If he likes you, he might be interested in wanting to know things about you. Many times people will admire someone but can never find the words to come out and say it. Here is another method that you can try in order to project your feelings in the right direction. Get him to know you are interested by striking up a conversation with him. You can approach him and try to formulate a conversation that will break the ice between the two of you. You don’t have to express an interest in him directly but you can let him know that you are enjoying conversations with him. Laugh at his jokes and be at ease around him. That will definitely break the ice.

How do you show a guy you like him if he likes you too?

The trick to letting a guy know you want him is to really not let on too much. You might have noticed little shyness on his part and you also want him to know where your interest lies and express that you would love to reach the point of dating him. You can never know what will really happen at the start of a relationship but you can definitely hope that all will go well. Letting a guy know you want him is the first step to the start of something that can be potentially beautiful. If you never try to tell him then you will never know.

Posts Related to How to Let a Guy Know You like Him with 6 Things He Can't Ignore That We Thought You Would Like: Staff Picked Interesting Articles Worth Reading

Striking up a conversation with a guy you like is not as hard as you think. We make your job easy by providing you with cute and funny things to say to a guy you like to get him to ask you out. Dating can be fun and even the period before going out can be made interesting with all the anticipations felt.

←Previous Best Love Songs Ever from the 60's to the 90's to Listen to with Him
Getting Mixed Signals from a Guy? How to Read Men's Minds Next→