Shy guys are not too apt on initiating conversations. But that does not necessarily mean they are invincible to your charm. Here we have a few ideas on how to converse with them. Charm on!

Get a conversation going with a shy guy

One of the most annoying and frustrating thing is to end up liking someone who hesitate to converse with you even when they know you like them. Effective communication is important so that you will be on your guard and be informed about how he also feels. 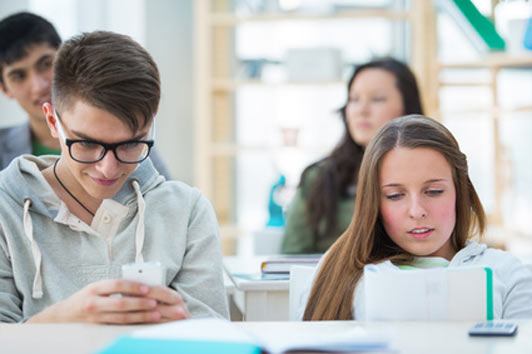 Many women will have objections to dating a shy guy; they simply cannot be bothered with having little or no responses to issues that they might want to bring up.
Here are a few ideas on how to start talking to a guy to ease the dating shy guys problems a bit.

If you are not used to initiating conversations, you will get more than enough practice while talking to a shy guy. They might want to engage in a conversation with you but sit quietly just waiting on you to make a move. You will need to find topics that will get him to say something to show that he at least has considered talking to you. You will need to know beforehand if he is interested in having conversations with you in the first place. Ask yourself why you think he likes you. Did he give a clear enough indication that he is interested? This means you will have to dig or ask his friends for information on how to make him want to talk with you

Find the topics that he loves

Even though you might be tempted to talk about all the things that you love, talking to shy guys will change this up a bit. It is not that you are making all your conversations all about him but rather, creating situations where an actual conversation can take place. This way you get the chance to learn bits and pieces of him. He might not like the regular things that men stereotypically like, for example cars, sports etc but finding out what really lights his fire will help you a lot.

Avoid yes and no answer

The result you are trying to get here is (honest to goodness) a decent conversation not a hum drum interview. Avoid questions that will or can only stop, creating an awkward pause, at simple answers such as yes, no, maybe. Ask more direct questions that will make or encourage him to speak more and go into detail on issues or topics. For example asking “what was it like growing up in Canada?” is a better foundation to build a conversation on as opposed to “so you had a wonderful experience growing up in Canada?” Think about the question beforehand with a good idea of how he might answer and you will end up having better to go on.

Whether a guy is shy or not, he will be uncomfortable talking about topics that are seemingly uncomfortable. This is always an important thing to avoid when dating. This means those topics that he deliberately seems to avoid or those you yourself might not like should be avoided. Sometimes what we don’t realize is that being shy sometimes can be attributed to something other than just not wanting to interact; the topic could be the issue. Remember that just like you, he too will have his little discomforts.

Not necessarily very crowded places but ensure others are around. Some people are afraid of having conversations in intimate environments, try going out in places where there are other people like a coffee shop or the mall perhaps. Having a double date is one of the best options as you would have familiar people in that circle. Having others around can be a well needed distraction for a shy guy to engage in a conversation with you.

When it comes to shy guys and dating sometimes all you need is to incorporate a little creativity. If he is not fully comfortable then he might be reluctant to speak with you freely; he won’t even say that he is uncomfortable. This means that the right environment that you choose to go on a date is important. You might have chosen a club when he is more of a concert type of guy. Knowing what he really likes will be of great help as you might end up thinking the date was terrible when all it needed was a different setting

Sometimes being shy is dependent on the mode of communication chosen. The same guy that seem unresponsive when having a face to face conversation might be the most talkative when you choose to text each other or to talk over the phone or the internet. If you really like him you won’t mind changing things up a bit, you might end up adding much needed excitement which might just be the key to spur things along.

Let him know how you feel

This might seem bold and you might be reconsidering this thinking it might be a turn off moiré than anything else but, having him know how you feel will give him leverage. He might have been thinking how to talk to you but having drawback because he if fearing rejection from you. shy people problems does not begin and end with just not being able to converse but also protecting how they feel. Rejection is not something that they would want to deal with.

Not all the time being bold will work with a shy guy. Knowing how to talk to shy people can sometime means being quiet around them. This will give them a chance to be drawn out of their “shells” so to speak as they try to get you to talk. This is kind of a reverse psychology method. While you know full well that they are the shy one, letting them see your shy side might have them sympathizing with you and even see him employing some of the methods that we have discussed to get you to talk to him
Dating a shy guy is really not as frustrating as you think. In fact knowing how to talk to a shy guy relies on you not letting him know that you are frustrated. Once you get a hang of all the different ways to communicate with him effectively, it is usually smooth sailing from there. He might even end up out talking you.

Posts Related to How to Talk to a Shy Guy with 9 Ways to Get Him Talking to You That We Thought You Would Like: Staff Picked Interesting Articles Worth Reading