We know that you have been wondering what love song could be the perfect gift to dedicate to your boyfriend, so we have made a list of 8 best love song ever, chronologically ordered, with a short description of every song to help you make the right choice.

Send him a love song and make him care

Being a romantic girl, you probably sometimes find it hard to express your feelings or you simply refuse to use plain words when wanting to show your affection. Don’t despair because there are many people who have shared your love aches and some of them have been so nice to turn their deepest feelings and emotions into songs. So we as members of 21th century have an abundant heritage of love songs on our disposal. 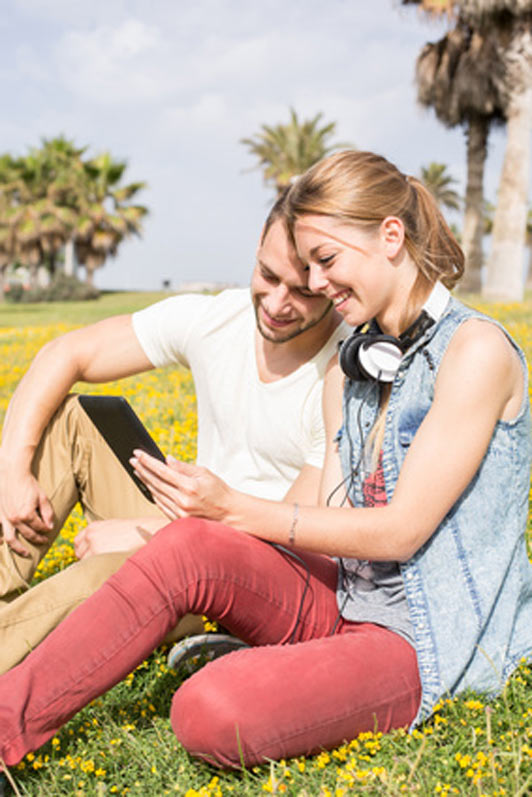 To save your precious time, we have done a little research in an effort to find best love song ever for him. Then, let’s go through the song that we have chosen, 2 songs per every decade of the second half of the 20th century.

Every Period Has Its Own Signature Music, and There Is No Better Way to Express Your Feelings but through a Love Song. For You and Your Significant Other, Here Are Some of the Best Love Songs Ever

Here is our staff's picks of best long songs ever from old to more recent.

“You Don't Have To Say You Love” a song by an English singer Dusty Springfield is a 1966 hit. It has been remade a couple of times, the first being by Elvis Presley. The song is about a woman who unconditionally loves her man, but is betrayed by him, neglected and even abandoned. Nevertheless, she is prepared to forgive him and restore their love. So, if you are in a similar situation, disappointed but willing to give it another try, this is the best love song to make his see that you are the one for him.
If you feel that the new feeling of love has boosted your life energy and made you shine in a new way, a song "Something's Got a Hold on Me" by American singer Etta James, can make a perfect way to show your gratitude to the object of your love. It makes one of the classics of the era, covered by many musicians from its first release. It speaks about the feeling of love at the dawn of its existence in a woman who finds it at the same time strange and agreeable. She openly admits her sweet miseries to her man.

If you are not certain how he feels about you and you want to make him stop playing games with you, “How Deep Is Your Love” by Bee Gees could help you out. The lyrics are so straightforward that there would be no need to say anything else. If he loves you he will come clean about his feeling which will may a way for many happy moments without the shade of the doubt that has been preventing you from really enjoying all the good sides of being in love.
“I will always love you” as we all know is an evergreen song, but when performed by its original artist, Dolly Parton, it could serve well when you want to put a stress on the genuineness of your feelings. Deep inside we are all insecure, so every now and then it would be nice to reassure him of your love, even if you run the risk of spoiling him. Don’t be afraid because the right guy would never take an advantage of you, he would only admire your courage and be motivated to do something special for you too.

“Absolute Beginners” was written and performed by David Bowie himself, but don’t be put off by the male voice because this pearl from the ‘80s can be considered a unisex present, or to be more precise, a token of gratitude for the most perfect beginning of a romantic love. This song reminds you that you don’t have to be young to have a new beginning. Every age is perfect to start all over again and to find a true love. One could fair enough name it the hymn of all beginnings, so don’t waste your time and send it to your guy.
If you think that your precious one is more into some alternative stuff, then the best choice for you is the “Lovesong” by The Cure. This gothic-new-wave song was written by one of the members of the band as a wedding gift for his girlfriend, so if you are hoping for an engagement ring, this song could shake up your boyfriend a little, and make him courageous enough to ask you to be his life partner.

“Kiss Me” by Sixpence None The Richer, is a perfect thing if you want to reveal your soft side. The sweet female vocal could tell your boyfriend how romantic and vulnerable you are, and we all know that these are the qualities every guy wants to find in his girl. If he is the right for you, he would take this song as a sign that you want a strong protective man by your side and he would not help but become just that.? He would take you in his strong arms and would never let anybody hurt you.

The Wannadies’ “You and me song” would make a perfect anniversary present for him. If you have known each other for a while and there are a lot of memories of the moments spent together, this song could make a unique atmosphere for reminiscing. It would make him remember all the things you have been through and he would appreciate you more than ever.

If in search for best love songs for him you should look no further because we have traveled through time and found? best love songs ever to help you with your love troubles. It’s not by accident that we decided to look a bit further and dig a bit deeper into the music history. It’s because we know how important it is for you to be original when showing to him how much you care, and because we know that there is a person beside you worthy of? all the troubles you have put yourself through with only one goal on your mind, to be the best girlfriend ever.

Posts Related to Best Love Songs Ever from the 60's to the 90's to Listen to with Him That We Thought You Would Like: Staff Picked Interesting Articles Worth Reading

People often listen to music to improve their mood, but in some cases you just want to let go of everything and this is why you will need songs that will make you cry. You could be thinking about love songs or breakup songs, it does not matter; they will all do the trick and you will feel better afterwards.

All women have different coping mechanisms when it comes to getting over a guy. In case you believe music would help you through such hard times, you should check out our list of songs to listen to. These will make time fly by and you will be over him before you know it. That is the whole point, right?

How to Fall in Love Again: Get Back on the Love Horse

If you are looking for ways how to fall in love again, take a look at this article. It will give you a few guidelines on the best way to go about this, with some advice and warning. For example, you will get a pretty concise explanation why you should not try to force yourself to fall in love, and when is good time to step outside your comfort zone. Grave wisdom over here, come and get it!

←Previous How Do You Get a Guy to like You? 7 Things to Get Liked by Him
How to Let a Guy Know You like Him with 6 Things He Can't Ignore Next→