Knowing how to tell if a guy likes you will help to eliminate certain fears you might have when it comes to dating. Unlike women, men are more reserved and easier to restrain their feelings until they have some private time to talk them out. Spotting the tell tale sign a guy is into you makes liking him that much easier.

How to tell that he is into you

We have all been there; that moment or moments where you are really wondering about how he feels about you. Seeing him gives you butterflies and you sometimes lose track of time or a sense of where you are. You don’t know how he feels however and you begin to think maybe it is a crush that will go away eventually or maybe you are hoping that deep down he is feeling the same way. 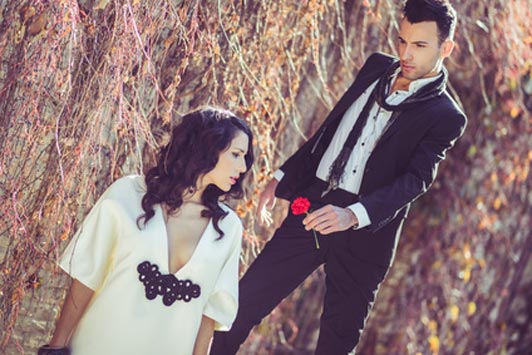 Sometimes it will get so intense that you will keep your fingers crossed when he comes around. Here are a few ways to stop all the guessing and spot the obviously obvious signs a guy likes you back.

Is he being silly?

Does it seem as if he acts as silly as you do when he comes around you?  Having a crush gets your senses a bit out of whack. You might do things that you don’t even realize. Does he seem to act as if he is not really all in tune with all his senses? If your answer is yes then he might be thinking that you really like him and he likes you more than just friends. Guys gets clumsy and will fall and trip over things when he got a girl on his mind

Why is he always in your space

Whenever you like a guy, you go out of your way to see him right? Does it seem as if you are seeing him more often than usual? Yes it is true that when you like someone, you seem to see them more often than you used to. Well, if he seem to always be around you, most times it is one of two things; either you are noticing him more or he really is coming around you more. If it is the latter then you will at least know how he feels about you.

He is always smiling with you

He probably thinks that you are the most amazing person and feels pleased with himself for knowing that. Just the way you feel when you have that warm fuzzy feeling inside, guys feel that way too. They might not out rightly express it the way you want them to but rest assured that one of those signs that a guy likes you is when he is smiling at you; you might not know he likes you and think it is just a silly grin

He does cute little favors

Now it is one thing when a guy agrees to do something that you ask him to, but it’s a whole new ball game when a guy volunteers to do little things for you. These things can range from simple tasks such as helping you to carry a bag or some extreme favor that will definitely take him out of his way such as pet sitting. If a guy does these things, willingly and without batting an eyelid, then it is definitely one those signs he likes you. He won’t seem reluctant or complain about how much he has to sacrifice to get your errands done but would rather tell you how much he enjoyed it even if he had maximum difficulty. In fact he will go as far as to ensure that he makes himself available to indulge in those little tasks for you.

If a guy likes you, he will defend you even when you are not around. If a guy seems to have your back whether or not you are in his presence then you can also be sure that he likes you.  These signs that a guy likes you might not always be obvious or be blatant. Someone might be badmouthing you when you are not around and he sticks up for you, not wanting your name to be tarnished. He will defend you shamelessly even if he gets in trouble for it. As for when you are around him, signs a guy is into you is when he is highly protective of you. He tries to keep you out of harm’s way etc.

He is suddenly a charming gentleman

Now this one might be a little tricky as it might be based on how he normally acts when he is not around you. There are guys who are naturally charming and will be a true gentleman to females even when he has no special feelings whatsoever for her. Then there is a select few who turns on the charm for that special person just to impress, woo and win her over. If he is constantly opening doors, allowing you to go fist when it comes to certain things then this guy is definitely into you. No need to ask if he is interested.

He asks you out

If you are ever in doubt that a guy likes you, then all those fears will be washed away once he takes that bold step and ask you out. One of the most obvious signs a guy likes you is when he invites you out on a date. He might have just issued an invite but those simple words are portraying much more than he is letting on. He definitely likes you and wants to spend more time with you. Asking you out on a date is his sure way of saying that he wants to know more about you.
Bear in mind that not all guys all the same and each will exhibit their own unique individual quality. There are guys out there who are genuine shy and who might not be able to actively and effectively portray their likes for you. You can take the initiative and be the one to approach him instead. Men will also exhibit these signs bit at the same time, they are really not interested in having a long term relationship or any kind of relationship for that matter. Choose wisely and try to understand the guy you are dealing with.

Posts Related to 7 Obvious Signs a Guy Likes You like More than Just Friends That We Thought You Would Like: Staff Picked Interesting Articles Worth Reading