If you are at your wits end trying to figure out what went wrong with the guy you are dating, no need to get too worked up about it. Here you will be armed with relevant relationship advice about red flags in relationships that will help you to tell when it is time to stick or stay.

A few ideas on how to save you from a potentially embarrassing and damaging relationship down the line. When relationships fail, it does not mean both parties were unsuccessful in laying the right foundation, especially when you just started dating. 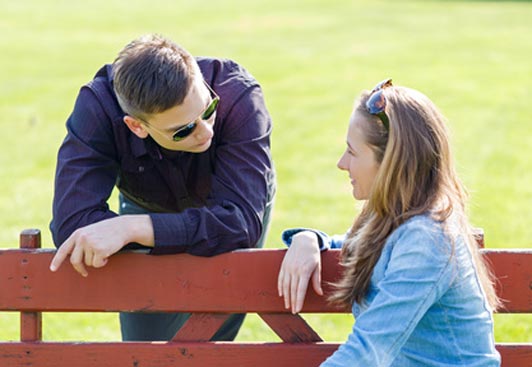 By just keeping an eye open for signs that will tell whether or not he wants to make the most of your time and company without you having to force him to.

Nothing is written in stone when it comes to relationship and dating, in fact everything you will kind of have to figure out as you go along. If you find that you are not letting your hair down around your dating partner then chances are you might be ignoring a few dating red flags. Not to worry because it is never too late to get your head out of the clouds, gather your composure and move along. If you are in doubt about what are the red flags in relationships when dating then here are a few examples. Here are a few things that clearly indicate that this guy might just not be that into you.

He doesn’t return your call

Gone are the days of “No, you hang up first” “No, you first”.  In fact, you hear the much dreaded click before the words “goodnight” have fully escaped your lips. If this has happened a few times too many and you are constantly telling yourself that it was an accident or he is probably tired, then you are definitely in denial. What is even worse is that he never returns your phone calls or is always too busy to talk to you.  A guy will always make time for you especially at the end of his day, to ensure you know that he is still into you.

He makes no moves to make a date

If you are the only one who makes an effort to organize a date then something is wrong. This is one of the most obvious red flags when dating a guy that all women should be aware of. Dating is where time is spent together getting to know each other. If he makes no effort to meet you for a date, even if it is at his favorite spot, it means that he already knows enough about you or he has no interest in knowing anything more. Maybe even both.  If he gives hints that he is no longer interested, don’t push it, just move on.

Worse than knowing he cannot take you out is the excuses that he gives. Know the difference between having a reason and having an excuse. You might not know how to tell if he is lying but if it sounds spontaneous or if things keep popping up just when you’ve started to indicate an interest in going out, then he just don’t want to go out. If he wants to, he will find the time even if he has a busy schedule.

He seems nervous around you

If you have been dating for some time then the nervous jitters would have slowly diminished over time. If his nervousness seems to be happening in reverse (i.e. he is no longer seemingly care free around you) then chances are his interest have been long lost. You can be bold and outright ask him about the sudden change of behavior as there are some red flags in relationships that should never be ignored. Something that is overlooked now might create a major issue down the line. Do not risk that.

He gets distracted by other women easily

Apparently you are no longer the apple of his eye. So his eyes are wondering far and near. Whether you like it or not, this could mean he has no interest in you, at least not anymore. If he cannot ensure that you are treated as his important company and otherwise choose to commit his attention elsewhere, then he is definitely not for you. Men eyes will wander from time to time but if he respects you and hope to take important life steps with you then he will treat you as if you are his most important person.

He is no longer polite and charming

So, like many women in your shoes, you thought you had met your Prince Charming. Then all of a sudden the fairytale has turned sour. Don’t allow your mind to lead you into thinking he has changed.  The relationship might have changed but he sure didn’t. Whatever you might be seeing has always been a part of his personality and chances are what you were introduced to was only him, putting up a front and pretending. Count your blessings that you realize this early and just be thankful that the relationship has not gone further.

He openly flirts in front of you

The smiles and the winks that you used to get have disappeared only to resurface when he sees other women. These red flags in dating are eye openers that let you absorb the message that he is sending very clearly. If the guy you are dating flirts openly with other women it means he might be sending a message. It might not mean that he wants to be with those women that he flirts with but, it means that surely he has no intention of being with you. Flirting sends a message that he no longer enjoys dating you and he would much rather be with someone else. If he flirts in your line of sight then he could be doing much worse when you are not around.

You don’t know his home

You have been getting your hopes up about the possibility of a relationship but something tells you that you are not on the same page. If you think there is no common goal where relationship is concerned then chances are you are probably right. For one, you have no idea where he lives and the prospect of meeting his parents that had seemed so bright when you just met is slowly fading to nothingness then there might be cause for concern. There are a million excuses when the topic comes up.

Is it impossible to pick up on the red flags of dating?

Dating red flags for women to pick up on is not impossible. Trust your instincts and follow them. Never make excuses for the guy you are dating and never try and cover why he is not interested. Simple things like evading anything that might indicate the possibility of a future relationship cannot be ignored. Nip a bad relationship in the bud to secure your happiness.

Posts Related to 8 Dating Red Flags for Women Who Just Started Dating That We Thought You Would Like: Staff Picked Interesting Articles Worth Reading

3 Warning Signs That You Are Really Dating a Narcissist

In the beginning, dating is all fun and games. But as the time goes by, you should start being aware of what kind of personality your date has. Most of the time, his reactions tell a lot about his character. So does the reaction of the people surrounding you two. Make sure you notice red flags before it is too late, if you don’t think dating a narcissist is a good thing for you.