Here is some of the best advice on dating from reddit that you will like if you are a girl trying to get a guy to like you.

The best and worst dating advice comes from your friends. Reddit is a safe haven to share anything, including dating advice. r/dating_advice in such a place. Here are some highlight that just happen to be really good dating advice. 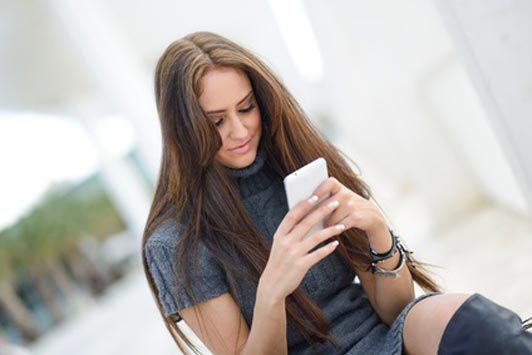 Apparently guys don't like it when you take out your phone around them. Some girls have even been made to put it away. While less fortunate others, have been left out flat.

That is why hiding your phone may as well be the best dating advice you can get to not get left by the guy you like.

Fyi, guys will get the message.

So no matter what you do don't pull your phone out while on a date.

You may be giving him mixed signals by not calling back to set the date for the second time you meet the guy in public, but as long as he thinks you are genuine you should be find. However, note that not calling him back will only leave him dazed and confused.

So if you thought your first date was great, following up is a must. Not only that, it will leave him thinking about what you two should do the next time you meet.

When following up, don't make it too obvious that you really like him.

Case and point: Not calling or texting him after getting together will not work to your advantage in getting him to like you.

Remember that if you are going to follow up on a date,

The best way to let a guy know that you like him is to throw in signals so that he can't miss it.

This can involve giving him a glance from across the room ending with a smile. The best distance to do this from is far enough so that he isn't able to project his voice towards you.

However, if you are just getting out of a mix-up with him, he hit on you on day and you weren't seeing it, I recommend keeping your signals to yourself so he can move on.

4. Don't hook up with him if you think he is DESPERATE

Although it may seem like the best time to pounce is when he is desperate, it is not. In fact, the best thing you could do is let him chill-out before taking any steps forward.

That doesn't mean you can't hang out.

Just keep in mind that him being desperate may make it harder to just hang out. So it may be better to keep your distance till, you think he is emotionally stable before trying to get him to like you.

A good way to maintain distance while still being able to hang out is to text him.

If that doesn't work out and you know he is always on Facebook, post something funny on your page.

He might not say much but at least you know in your mind that he is looking.

5. If he's CRUSHING on some other girl don't be a badger

He's looking to get his foot in the door on a girl that doesn't even know he exists. She may have remarkable fashion sense and good looks he admires, you may still have a chance. He doesn't know you know. She doesn't neither. But you can just tell by looking at him. He crushing on her.

Although it may seem a little scheme, if you are friends with her or at least in a position to make small talk, find out if she likes him. If she thinks that he's okay. Then you are in trouble. There is a slight chance that they might even hook up. What can you do?

You see, he can get a girl from his looks just alone. This you can use to get him to like you. That is he wants substance. Give him that and the next person he will be crushing on is you.

You just got out of a phony relationship with some guy. So what you do is decide to go on a date with one of the redditors. Before I start I just want to say that redditors have different ways of doing things. Is that a bad thing?

If you reddit date is being a creeper, you should definitely cut the cord.

If he is not, I say wait it out. Maybe he is just going through a phase.

He just want to hook up.

Should you blame him?

If the guy you are currently seeing is a reditor and you are not ready to be touching any bases, you may be in for a surprise.

IF his feeling for you are genuine, he will come around to date you like a normal person.

At least that's the theory...

Never DATE more than one guy at a time

Dating more than one guy at once may be your way of figuring out, which one is the right guy for you. Still, that should be the last thing you should be doing.

If you happen to be dating two guys at a time right now, ditch both of them. Karma will speak and one of them will eventually find out.

It doesn't matter how serious they may sound. You are much better off cleaning your slate.

For girls that don't want to leave either one, make it a test. Abruptly leave both guys. When asked why, tell them that it is because you feel bad about dating two guys at once.

You never know, one of the guys you were seeing may understand.

Bottom line: Should you be getting dating advice from reddit?

Again, reddit is the source of some of the best and worst dating advice you can find on the web. Ask a redditor who knows, they will tell you that why not. More importantly, asking questions about dating on reddit may give you an opportunity to let out built up tension. I say, reddit on.

Posts Related to Best Dating Advice You Are Ever Going To Get From Reddit That We Thought You Would Like: Staff Picked Interesting Articles Worth Reading