Home
Girls Talk
Why Do Men Lie? 8 Obvious Things He Lies about to Your Face

Why Do Men Lie? 8 Obvious Things He Lies about to Your Face

Here is how to know when a guy is lying even if you are not always very perceptive. Men will lie to women so that they can protect their ego and make themselves more macho. Some will even admit that lying is one sure way to protect the feelings of a woman.

Is it really true that men lie more than women? It would be rather unfair to say that when it comes to relationships, men are the only ones who find it hard to tell the truth. Many women will tell you however, that men are the real true liars especially if they rule under the astrological sign of Leo. Instead of asking why do Leo men lie so much, the real question should be why do people lie so much? 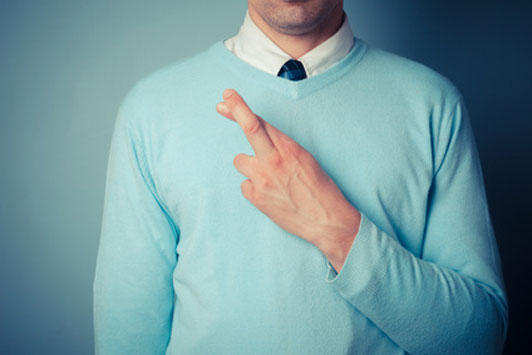 Though men may seem more apt to twist what they are saying than anything else, it can be hard to tell if he is lying. To top it off, one of the main reason men will tell you they lie is to protect your feelings. Is this in itself also a lie? Here are some of the most obvious things that men lie about.

The lies men tell to your face really knows no abounds. Yes men lie about their age too. Though the average person will tell you that women are the ones that lies about their age, this is not so. A surprisingly high percentage of men will tell women they are either younger or older than they really are based on whichever situation best suit their purposes. Why do guys lie about their age? Men believe that lying about their age will make them a better prospect.

The ball-park number of women they dated

Why do men lie so much? Well one theory is that they really need their ego boosters. While it is a common belief that the more women that a guy has dated in the past gives them more ego boost, women are not so lucky; the more guys they have been with, is the more they are frowned upon by society. So here we have a sort of role play by the two genders. Women will often whittle down the amount of women they have dated while men on the other hand do the opposite. They are often more than willing to add a few imaginary relationships to boost their egos.

About a task that they can’t complete

Some of the things guys lie about are really ridiculous. The reason why men lie to women is not really that mysterious; men think that they all have to be heroes. They will never be willing to admit that there are tasks they just simply cannot complete. They are always willing to say yes to something that can be near impossible and then will find all sorts of excuses why they were unable to complete it. This is all accomplished while still not admitting that they just never had what it takes. They will blame their tools, other people, even the weather, but never ever themselves for a failed project.

Yes men have these too and they tend to cover them up often. Here’s how to know when a guy is lying. For the most part he will seem nervous and tend to stutter. Not true for some men but there can be obvious signs that can be easily missed. The select few might get emotional occasionally but that is just about it. Whether they are lonely, sad or heartbroken, men unlike women will wear a façade even when they are utterly torn on the inside. It is always “I’m fine” or “it’s all good”.

With the invention of cell phones comes the ease of lying and cheating for men. But why do men lie and cheat when the truth is so much easier? The answer to the question of “where are you now?” is always followed by a lie whenever they are running late or when something else is amiss. They are either “still stuck in traffic” or “on an errand” doing something for their mama or some other tasks that only him will think is life threatening. Whatever excuse they have, they don’t usually tell their exact location.

Seriously? Why do some people lie so much? Why do men even do this when someone is bound to find out sooner or later? Is he lying to look smarter? The number one reason is not just to look smart but rather to keep up and not look like they are underachievers. They feel intimated when women are more achieved. Still they are not willing to tell the truth on this one, even when it is glaringly obvious.

How much money they make

If a guy lies about this, he really has some serious self esteem issues. Truth is most of them lie about this. This is one of the top things that they lie about but what is surprising is how many men actually tell this lie. Men are seen as providers; as the heads of households; as the man in charge. If they feel as if they are not able to live up to this expectation, they will begin to feel as if they have failed. Hence, often grossly overstating their income to seem as if they are stable or at least, their income is.

About how women look

Most women are to be blamed for this lie as they are always putting their men on the spots with certain questions. Things like “do I look fat?” or “how do I look in these?” are already a set up for disaster. Why men lie to women when answering these questions? - To protect a potential disaster from happening. Sure your man’s opinion is something that you should value, but sometimes using your own judgment is enough. If you ask uncomfortable questions, you will definitely get less than favorable answers. He will rather lie than hurt your feelings.

Both sexes lie no doubt, but both will tell you that the other does it more.

Posts Related to Why Do Men Lie? 8 Obvious Things He Lies about to Your Face That We Thought You Would Like: Staff Picked Interesting Articles Worth Reading

Get a slimmer more petite face by doing lymph massages getting a smaller face. Don’t settle with having a big contour making your head look big. Fix it.

Face Yoga Exercises To Slim Down Your Face In 1 Minute

Does aging got your skin sagging more and more by the day? Find out how in very little of your time a day, you can fight off the effects of aging and get the slim sexy face you always wanted. Here are 3 face yoga exercises that put natural beauty in your hands by giving you a way to effectively exercise your facial muscles to send under-eye bags packing for good.

Smart is the new sexy and luckily there are a lot of things you can do to get even more smarter. If you wonder how to get smarter, we have all the answers you need. By including these 8 tactics in your daily routine you will stimulate your brain and train it in new ways which will help you improve your cognitive abilities and become smarter.