What Do Men Find Attractive: 7 Things That Drive Guys Crazy

Men are not always attracted to physical things as many women believe. At times the attraction that they feel towards women is more than physical. Some might find it surprising that men are capable of looking beyond what is on the outside to find attraction.

If you are constantly asking “what do guys find attractive in a woman?” after reading this you might end up rethinking some previous ideas that you have had. The common misconception is that think that men are attracted to only the physical aspects of a woman. This might be true on one level but all men are not attracted by the same things. Though they are first and foremost drawn to women based on how they look, the level of their attraction does not stop there. 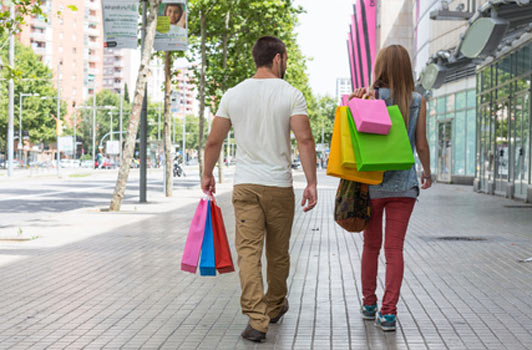 Men, unlike women, are known for being drawn to the physical rather than the emotional side. Mostly, when it comes to dating and relationship, it is the woman’s physique that draws his attention but, almost always, to keep that attention will take something that goes way deeper. So what do boys find attractive?

In the middle of all the complication that could run amok while trying to get a guy like dealing with mixed signals from a guy or him not liking you, guys can be pretty simple when it comes to what they find attractive. So, go ahead; drive guys crazy.

This one is a given. It is also the first thing that the average person might tell you when asked “what do guys find attractive in a girl?” Your stature can sometimes mean everything to a man. A man will go crazy for you based on how you present yourself. Men admire women who know how to look and exude a high level of confidence. If your stature and attitude says that you are sure of yourself then that is surely a cause for attraction in his eyes.

Sometimes what guys find attractive in girls is just the way she talks. He might like the way you look but how you talk can have him hooked. The way a woman speaks is one of the things that a man will find attractive about her. Like her entire demeanor, the way a woman speaks says a lot about her and what pulls a man to her. If her speech is fluent and flows easily, it can cause a man to spend endless hours just wanting to hear her voice. If this speech comes with an accent then that is just an icing on the cake for him. Men will fall head over heels if a woman has an accent that is foreign to theirs.

Men love smart women but what do men find attractive in her? Does he even notice other parts of her? Being educated is also one of things men find attractive about a woman but it makes some men wary. There are many reasons why being educated will earn the attraction of a man. Sadly there are some men who will feel intimidated by a woman who is educated. Men are not all alike and each will have different things that they admire. Men will find an educated woman attractive because of the level of conversation that he can have with her. An educated woman will be easier to converse with. Conversations will flow easier and opinions can be safely expressed.

This might surprise women to know that being not so “girly” is something that men will find attractive. Now, liking your boyish charms doesn’t’ mean you should throw out your makeup and dresses. If you are wondering what do men find attractive in a woman, of course they love the feminine charms of a woman. Most of the time, it is that idea of being soft, both on the outside and the inside, which makes them drawn to a woman. But there are times when a woman will get all boyish and throw out all ideas of femininity. This means she might want to get comfortable and sexy wearing baggy pants, sit cross legged and fit in the company of the boys easily. Men actually love his, though maybe not all the time.

Letting your hair down

If you are still wondering what do men find attractive in a female just let your hair down a little. Get relaxed. Letting your hair down means being relaxed with who you are and not being afraid of being down to earth, fun and charming. Men love being in the presence of a lady. Her attributes and demeanor is what draws him to her. Being ladylike means that your mannerisms have to match that of what society dictates. What guys find attractive in a woman is that sometimes women want to feel free from expectations and will get barefooted, allow their heels to get dirty and not worry about hair clothes and make-up.

That a man will get smitten by a woman who loves to take charge of situations sometimes is really no secret. Men are so used to being rulers, being seen as the one getting the attention and being waited upon might find him enthralled. So much so that it will often make them blush when a woman reaches for the reigns. What do guys find attractive in a bossy woman? The take charge attitude is something men admire and respect. It shows that you can handle yourself on your own and be really independent.
It is not always traditionally how a woman looks that will allow room for a man to be drawn to her. Often it is her personality or character that pulls his attention.

What men find sexy and irresistible about us girls is our (your) feminine presence. Men find a girl attractive if she talks and acts like a girl. Something as simple as dressing in pink some days can gather much needed attention.

Maybe kissing his bicep every time he turns to flex is going a little too far… but don’t let that stop you from making him feel like a man.

Guys are especially crazy for a girl who makes a guy feel like a guy. Commenting on his size, strength, and masculine energy are always great topics for conversation.

Traditional gender roles happened for a reason. It is all in our nature to be attracted to traits of the opposite sex that are different from our own. So learn how to embrace your femininity and you will be the girl that every guy sets his sights on.

Posts Related to What Do Men Find Attractive: 7 Things That Drive Guys Crazy That We Thought You Would Like: Staff Picked Interesting Articles Worth Reading

How to Become More Attractive to Men with Very Little Effort

Beauty and attractiveness are two separate concepts – one is what you are born with, and one is how you carry yourself. There are ways to become more attractive, if you want to learn about them you’re at the right place. Figure out what to change and what to put the emphasis on to make men

Are you looking to attract that great guy into your life? Keep yourself within sight of him, but always be out of reach. This is how to play hard to get. Show all the guys out there that you are a force to be reckoned with, by disregarding others and just worry about yourself. You should always be looking for others to fit your standards instead of the other way around.

←Previous What to Wear with a Denim Jacket: 8 Outfit Ideas for Denim Jackets
How to Gain Confidence: 8 Ways to Improve Your Self-Image Next→