Is there some secret behind why guys with glasses are so irresistible? Whether they have them to see or just as an added fashion accessory, there is something about these guys that makes girls tick.

Guys with Glasses Have a Certain Style and Charm

If you’ve ever dated a guy with glasses, then you know that they can make girls fall in love very quickly. Guys with glasses have a certain air about them that attract women to their combination of book smarts and mysteriousness. They lure girls in with their innocence and then blow their minds like never before. Not only are they easy to look at, but also have an above-average intellect to go along with it. 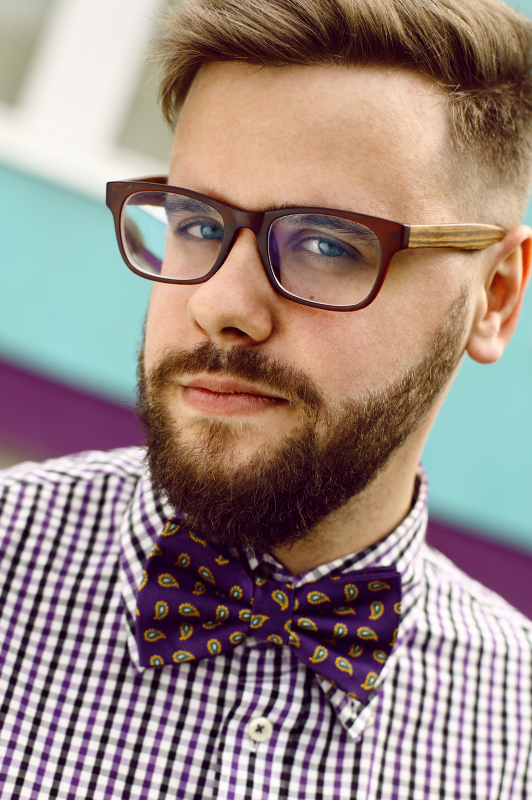 So the ultimate question is: are guys with glasses the right types of guys to date or to stay away from? It’s a fair question and one that we will dissect in this article so that we can solve the age-old mystery of why these guys are so attractive. It may not be such a coincidence if all your previous boyfriends have worn glasses.

If You Have Constant Fantasies about Guys with Glasses Riding in on Horses to Come Sweep You Off Your Feet, Read On

We all have stereotypes in our minds about guys with glasses, which are positive more often than not, because they know how to live without caring what other people think about their appearance.

This could be painted a bad thing, but isn’t it great when you know that on their boyish and geeky exterior beholds anything but on the inside? They have nerdy passions, which is what attracts women to them the most. His obsession with Star Trek may be strange at first, but it will grow on you with time.

Certain guys just know how to pull off the glasses look and look even better than they would if they had contact lenses. What makes these guys so in-tune with their sense of style that puts them above the average guy? This is something we might never truly understand.

4. He has a Certain Charm

Guys with glasses seem to be more attentive, making them more unique and more alluring than the average guy. A guy who knows how to pull off the look also has an alluring personality to go along with their sharp wit. They seem to be in tune with themselves enough to hold a conversation.

Guys with glasses are often stereotyped as shy effeminate guys. You might agree to some level, except that there is a real man inside every shy guy wearing glasses, waiting to be brought out by the right woman. They are also quirky and have certain qualities that make them the perfect mates. He is thoughtful and will provide you all the support you need.

Guys with glasses don’t just look smart, they are smart. Glasses and critical thinking go hand in hand. These guys often can be seen reading, debating, and using their time constructively. There is nothing more attractive than a guy in pursuit of knowledge.

6. He is in Touch with His Feelings

A man with glasses more often is sensitive, but not over-sensitive. They are late-bloomers and were never the popular guys in high school like the jocks. He is more in-tune with his feelings, thus will be more likely to respect your feelings as well. Guys are attractive when they display both masculine traits and feminine ones, because they understand women better. It’s easier to date guys who have a sensitive side.

There are several reasons to like a nerdy guy with glasses. They often have unique hobbies that separate them from the typical mold of guy. Respect his uniqueness and together you can conquer the world! The key is to respect his passions and to your best to foster his creative side.

8. He Understands that There is More to Life than Looks

A man with glasses can teach you to appreciate the non-physical aspects of yourself and others. While not the biggest or toughest-looking, guys with glasses often compensate through a higher sense of self-cultivation. He doesn’t rely on looks to get him places in life; he understands that there are more important things to focus on.

9. He has Strong Opinions

This kind of guy is more likely to have firm beliefs in place, so don’t be surprised if you hit it off from the first conversation. They are very opinionated and not afraid to let other people know what they are thinking when comfortable. If you can get past the shy exterior, he will open up and blow your mind.

The guy with glasses is a guy that you can bring home to your parents. He is non-threatening and the type of guy you could imagine a future together with. He will be there for you in times of trouble and celebrate your successes together.

11. He Has Better Survival Instincts

Okay, this one’s a joke. But just think of all the other uses for those glasses of his. You’ll never need matches to start a fire ever again!

More often than not, a man with glasses can be more appreciative of a nice art piece than the average guy. Call them ‘hipsters’ or whatever name you want, but their personalities gravitate towards refreshing displays of cultural likeness.

Men with glasses are back in style but they are not all the same. You cannot group an entire category of people and label them as one thing. So remember that glasses don’t make the guy but the guy makes the glasses. For many women a guy who can pull it off hits a weak spot. Glasses can sometimes make an average looking guy even cuter.

Posts Related to 13 Undeniable Reasons for You to Start Dating Guys with Glasses That We Thought You Would Like: Staff Picked Interesting Articles Worth Reading