It is hard to tell whether a person you have been like or have been admiring, likes you back. We are here to help. So how do you know your crush likes you? Stays tuned to find out what we think are the sure signs.

How to tell if your crush likes you

Let’s face it, no matter what you keep on telling yourself you are stuck asking yourself does he like me? Love can be so tricky sometimes, because there are all these signals you have to watch out for to see if a guy likes you. You have to be a deciphering expert in order not to make a mistake and fall for a guy who has no interest in you. So, how do you know if your crush likes you?

You don’t have to do those pesky little ‘How to find out if your crush likes you quizzes’ online, because they are there just for fun. There are little things; things that give him away, no matter how hard he tries to hide it, which will tell you he is definitely into you. Read on for our tips on how to tell if your crush likes you.

Sometimes it is next-to-impossible to figure out whether or not your crush likes you just as much as you like him or more. Luckily enough, that is not the case right now, as we speak. With these tips, you are only a few steps away from entering his like-zone.

He finds reasons to talk to you

No matter when, where and for how long, he’ll do it

So how do you know when your crush likes you? It’s when he’s taking every chance to talk to you about something. It doesn’t even have to be something meaningful, as long as it’s communication with you. You’re probably falling for him so hard too that you won’t even notice what you too are talking about, or how meaningful it really is. But, the important thing is that you are talking.
Talking to your crush
At this point you are most likely worried about how to talk to your crush, right? – Don’t worry over it too much. As long as you don’t come off as a gossip you’ll be fine. 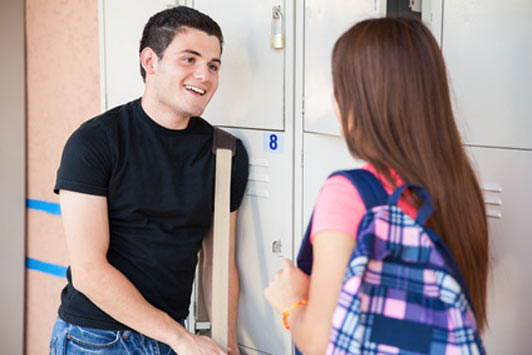 He will try to touch you

Just a small touch, hug, here and there…

If you were wondering how to know your crush likes you, pay attention to what he is doing. If he is making silly excuses to touch you on your hand, hug you, or hold you around the waist, then he is baked. He is smitten by you and you don’t have to worry. He likes you and wants you.

Gazing into your eyes to see if you like him too

Once you really fall for someone, studies have shown that you tend to look at them in the eyes for a longer period. Sort of like staring, but not in the creepy way. Men who are interested in a woman like to make eye contact, and let them know in that way that they are his target. He will look into your eyes, and use every opportunity he has to make eye-to-eye contact with you.

He laughs at your every joke

Even if they are not that good

How do you know your crush likes you? It’s when you tell the stupidest story or joke, and he is still laughing or smiling. Guys want to get you on their good side by being positive around you and validating everything you say. At least in the beginning, that’s why the beginning of the relationship is so sweet.

He showers you with compliments

You’re the most wonderful creature of all

You might think it’s easy to tell but how do you know if your crush likes you back? If he’s showering you with compliments constantly, to the point where either your self-esteem is sky high, or you’re feeling a little uncomfortable. That’s a crush that has a crush. He’s not ashamed to tell you that you are wonderful and you should enjoy in it.

He answers you immediately

Texts, calls, whatever they are…

Here is another way how to tell your crush likes you. If you send him a message to see how he is doing, or call him and he didn’t pick up immediately, he will call you right back. He’s not going to be that guy that had you wait for 5 days until he actually called back, no. If he really likes you, he will show it buy answering to you in a very timely manner.

He makes plans to see you

As often as he can

If a guy really likes you, he will miss you and make plans to see you. Or try to get you to make plans with him. He won’t deny a chance to see you, even if you say that you are going to the library, he would accompany you, just to be with you. Also, if you’re still wondering how to know if your crush likes you, pay attention to your schedule. Is he in it often? Is he making plans with you day or night? If he is, than he’s probably in love with you.
Making plans means he misses you
You are wondering how to make him miss you. Who isn’t, right? Even if you are not sure right now, just know that him making plans to see you is a definite sign that he misses you. Don’t forget; and keep it a secret. It’s better that way. 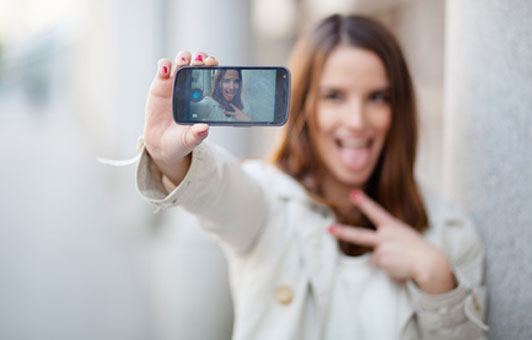 He isn’t shy about sharing

His most personal and private thoughts

When a guy is crushing on a girl, he won’t be afraid to talk to her. He’ll want to share with her everything about his life, just so they would talk more. If you’re crushing on a shy guy than maybe you’re in a bit of a trouble, because they are like the riddle of the Sphinx, hard to decipher, because they tend to keep to themselves often.

Not afraid to be a little tease

If you were wondering if a guy has a crush on you, the answer is definitely positive if he is flirting with you. Yes, that’s so obvious. But, be careful. Some guys flirt all the time, but some guys flirt only when they meet a woman they are truly interested in. And the flirtation doesn’t have to be vulgar, on the contrary. He can gaze into your eyes, or tease you with word. He can hug you around the waist, or pull you close to him. Those are all flirting acts which tell you that he’s definitely into you. Don’t miss it!

Once the decoding is finished

So, how do you know your crush likes you back? If he exhibits some of the things, or most of the above, than you have you a guy ready for a relationship. Or at least he is crushing on you too. Don’t be afraid to try or interpret signs. They can vary, because not everyone is the same and they don’t show affection In the same way, but most of the guys will show these signs, and once you catch them, don’t let them go by unnoticed.

Posts Related to 9 Signs Your Crush Likes You Just as Much as You like Him That We Thought You Would Like: Staff Picked Interesting Articles Worth Reading

←Previous 3 LOL Funny Jokes to Tell Your Boyfriend to Make Him Laugh His Heart Out
Does He like You? 8 Signs He Thinks of You as More than a Friend Next→