Home
Girls Talk
Why He Won’t Commit to You: Are You Girlfriend Material?

Have you been waiting for him to make you his one and only but that time never comes? Stop wondering why he won’t commit and let’s take a quick look at the mind of a man.

5 Potential Reasons Why He Won’t Commit to You

Sometimes it’s you, sometimes it’s him. Whoever’s fault it is, things don’t seem to be moving forward in the relationship, so you might ask how to get a man to commit. Take a moment to reflect on your past together and ask yourself if he is really in it for the long haul, or he is just using you for his own desires. Sniff out all the signs that he has a fear of commitment and understand once and for all why he won’t commit to you. 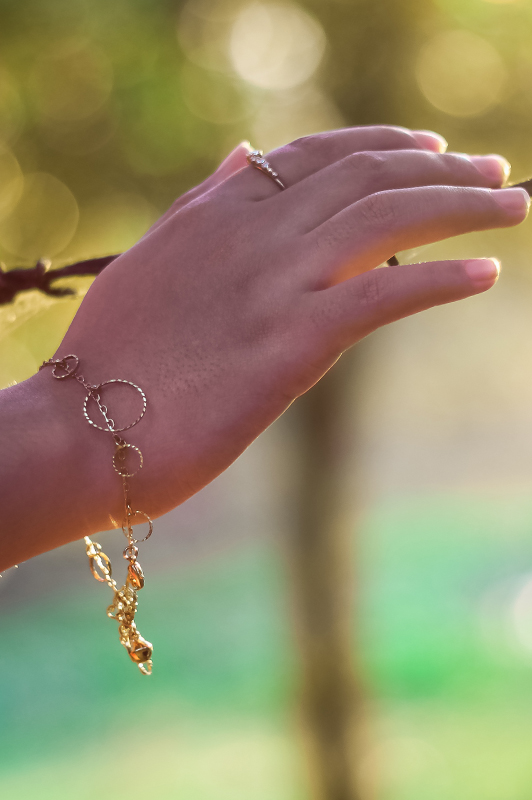 You can’t force commitment, so if it’s something he’s not ready to do, it might be time to move on. It’s obvious when a pair is incompatible with each other because they are at different points of their lives. By spotting the signs of a guy who won’t commit, you can save yourself the future heartache by cutting the cord now. If he won’t commit now, make him sorry later that he didn’t make you his only girl when he had the chance.

If the Reason of Why He Won’t Commit Is Unreasonable, then Maybe the Relationship Wasn’t Meant to Be

Find out if he is genuine in his words by his intentions or lack of commitment. If you are wondering why he won’t commit, why don’t you ask him?

1. You are Too Available

Too available means you answer all of his texts and voicemails immediately after he sends them. It means you are being too clingy and placing his life either to the same level with or over yours. There is nothing less attractive than a girl who has got nothing going on in her life to the point where she is waiting for messages from her boyfriend. Chill with the aggressive contact and busy your schedule a bit. If your guy means anything to you, you will let him live his own life and you won’t have to worry about why he won’t commit.

He is perhaps afraid to commit to you because he fears he will never have any privacy living with you. The relationship won’t work out if one person is more interested than the other. It should be mutual understanding of where they stand in the relationship. There should be no reason to try proving your love to him. Just let things happen naturally.

There’s a balancing act between not being too available and not being available enough. You have to find that balance in order to make the relationship work. A girl who’s all work and no play makes a dull partner. How can a guy commit if you are never around when he needs you the most? Relationships are about shared experience, so separate your personal life from your professional life and cherish your time with your boyfriend.

3. He has a Troubled History of Relationships

The third most common reason why he won’t commit is because he has his own commitment issues to work out. He has possibly had his heart broken one too many times in the past. Making yourself vulnerable and getting shut down is a hard pill to swallow for most people. So, if he seems hesitant to get serious with you, it could be because he’s afraid you will reject him like his past girlfriends did. Sometimes the situation requires a push into the serious relationship and if he won’t do it then you should take things into your own hands.

Maybe you couldn’t tell for sure when you first met him, but his behavior is starting to become glaringly obvious when he doesn’t make you his steady girlfriend after months. At the six-month mark, it’s time to evaluate where this relationship is headed and where you stand on his list of priorities. If he seems too busy for you lately, he may just see you as a casual fling.

Everything is Not as it Seems

Don’t question his motives, question his actions. He may be playing you behind your back. Don’t let yourself be taken advantage of and just ask him how he feels about you. If he can’t give you an acceptable answer with a serious face, it may be time to move on. Some guys are just not ready for a serious relationship at this point of their lives.

He Could be Weighing His Options

You think you are the only girl he is seeing? Think again, because depending on his personality type, he may see no problem in playing the field. If a guy is reluctant to commit to one girl, you should be weary of how much of your energy you invest in him. Because if he is willing to leave his options open, then you are nothing but a number to him. Turn the tables and show him how much of a catch you are by playing the field yourself. You are the prize of the relationship, not him.

5. He Doesn’t See You as Girlfriend Material

Whether it’s your attitude or your appearance, it’s possible that the reason why he won’t commit is because you don’t meet his standards. He saw something special in you during your first encounter, but since then you have disappointed him. If you see the relationship going downhill, consider asking him what went wrong and what you could have done better. Even if this relationship doesn’t work out, don’t let hard feelings prevent you from improving for the next relationship.

He Sees You as Just a Friend

It’s possible that he doesn’t have true romantic feelings for you and sees you as just a friend. If you see his opinion about you starts to waver a bit, it’s possible that you two don’t have a future together. After a long time of no commitment, he may just enjoy your company and doesn’t want to risk hurting your feelings by ending the relationship. Take his actions as a sign of what’s to come and end the relationship so that he doesn’t have to feel bad.

Posts Related to Why He Won’t Commit to You: Are You Girlfriend Material? That We Thought You Would Like: Staff Picked Interesting Articles Worth Reading

Finding an incredible guy and sticking around with him is wished by every woman. And her wish seems to get fulfilled once she starts imagining of marrying her dream guy. But that’s not how things go afterwards. The guy simply gets horrified due to his fear of commitment phobia. So, read here to find out some top signals which notify your man has got a fear of commitment.

←Previous 14 Things to Do When You are Bored and Have Nothing Better to Do
How To Wear A Denim Jacket: Tips To Fit Your Personal Style Next→