Home
Girls Talk
How to Get a Guy Who Has a Girlfriend: 8 Steps to Be with Him

Some women consider that guys with girlfriends are off limits, but what if they were not? You may ask yourself how to get a guy with a girlfriend. In this case we are here to help you with a list of steps you should take.

How to Get a Guy with a Girlfriend to Be Yours

Although you might think that this isn’t a nice thing to say, you may think of guys as parking spaces: all the good ones are taken. You might believe that guys with girlfriends are off limits, but they are still guys. What if you pass on the man of your dreams simply because he has a girlfriend? Naturally, there is another aspect you will have to think about: your conscience. 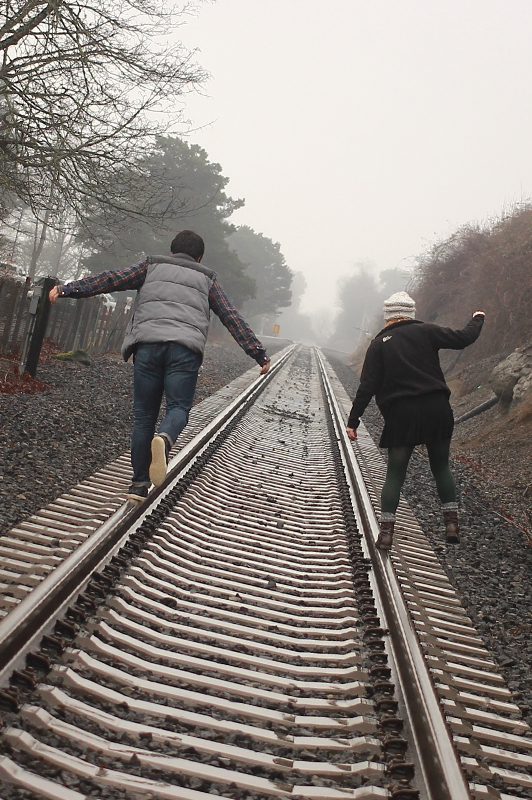 Will you be able to sleep at night if you break them up? If the answer is yes, you should be asking yourself how to get a guy who has a girlfriend.

So which are the steps you should take if you are asking how to get a guy that has a girlfriend? Don’t skip any of them to get the man of your dreams.

Look good around him

When asking how to get a guy with a girlfriend, the first step is to get him notice you and you can achieve this by looking hot around him. You don’t need a perfect body for this; you just have to believe that you look good and you will. One thing that men really notice is confidence. You should look confident around him (even if you’re not really confident on the inside). You don’t have to act out; just be yourself and you can be sure that you will catch his eye.

You are allowed to stare

Now you know the first step of how to get him. The second step is to play the staring game. Stare at him and when he looks your way, look away in a playful manner. You can do this even if you already know him. This will leave him wondering whether you like him. This is the key when it comes to how to get a guy to breakup with his girlfriend: you have to make him think of you. After he catches you a few times, ignore him for a few days. He will try staring at you to grab your attention. You should give him a glance and then look away. This will make him crazy.

Talk to his friends

All men wish to be the alpha male in their group. In case you are asking how to make him yours, you should have some pleasant conversations with his friends. If you make a good impression, they will start talking about you and praising you. When he hears it, he will be compelled to impress you and to get your attention.

If a woman is in trouble, men activate their protective instincts. In case you are interested in how to get a guy to leave his girlfriend, you should use this to your advantage. You should accept his help the next time you talk to him. For instance, you could lean on his arm to adjust your shoe strap. Thank him each time he helps you and give him an oh-so-cute smile. He will love spending time with you because he will feel appreciated and manly. All this will make him feel good about himself and more comfortable around you.

What does she have?

In order to find the answer to the question how to make a guy break up with his girlfriend, you will have to learn about her. Do some research on how she really is and what he likes and doesn’t like about her. If he likes something, try to bring up the topic for him to see how compatible you guys are. If there is something he doesn’t like, show him that you are the exact opposite. For instance, if she is shy, you should take him to a karaoke bar and go on stage. If she is dominating, let him make some of the decisions for you.

Having the right conversations

The truth is that guys might like many girls, but they don’t fall in love with all of them. For this to happen there is need for emotional compatibility. In order to find the answer to the question how to make a man leave his girlfriend, you should have some light hearted conversations with him but once in a while have a deep or intellectual one. Show him that you are more than just your looks. You could discuss your goals and dreams. Just make sure never to bring up topics you know nothing about.

Remember that he has an interest in you because he’s not sure yet whether you like him or not. When it comes to how to get a guy from his girlfriend, you have to make sure you don’t spell it out for him. You should show him some signs that you like him and then some other signs that will confuse him. Make him feel like he is the one giving you all the attention and not the other way around. Don’t be too flirty with him and try to avoid sending him texts too often. Even when you do, remember to play it cool; his girlfriend might read it and then she will force him to avoid you.

By this time he must have realized that there is something in the air, but he can’t really put his finger on what’s happening. He must be confused and you should use this state to build romantic chemistry. You can do this by lightly touching him the next time you’re together. Make sure you don’t overdo it or it will become awkward and your intentions will become clear to him. Just caress his arm lightly, as if it was an accident. You could also put your hand on his back to stop yourself from “falling”. None of these little touches will go unnoticed.

It’s not really a problem if your crush has a girlfriend, but you will need a strategy on how to break them up. Make sure you will plan all your moves and you don’t do anything stupid in the rush of the moment.

Posts Related to How to Get a Guy Who Has a Girlfriend: 8 Steps to Be with Him That We Thought You Would Like: Staff Picked Interesting Articles Worth Reading

In case you learn how to stop arguing with your boyfriend, you will see that most of your relationship problems will disappear. In order to help you get there we have compiled a list of methods you can use the next time a problem arises. Just make sure you keep your cool and try to be as efficient as possible.

Finding true love is a quest that requires time, luck and being aware what to search for. It begins with yourself and things that you need. If you are not sure how to find true love, follow these steps that will help you concentrate on important things you have to work on rather then waiting for true love to just happen to you.

←Previous 8 Signs He Has a Girlfriend: How to Find out If He Is Taken
How to express Yourself to Show the World Who You Really Are Next→