Nerd dating is one of the hottest things at the moment. If so many people like it, there is no reason for you not to give it a chance. Just forget everything you thought you knew about nerds and start with a clean slate.

All the Right Reasons to Get a Nerd Boyfriend

A lot of women don’t even consider nerd dating because they just can’t let go of the person they were in high school. Although it is a cliche, a lot of women prefer the bad boys over the nerds, and the truth is that if you just gave them a chance, they might amaze you. You may be well-prepared for all kinds of dates, such as knowing funny random questions to ask a guy, but would you give a nerd a chance? If you’d say “No” at the moment, you should take a look at the reasons why you should revise your answer before your next date. 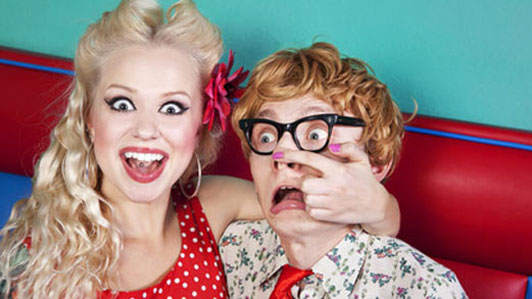 1. They are more laid-back

If you get a nerd boyfriend, you will notice that he doesn’t spend too much time outside and doesn’t go to clubs. This means that he has more time to chill and to just focus on you. This is something you should appreciate in a guy.

There aren’t many things nerds like aside from sci-fi movies and computer games, but they are really passionate about the things they do love, including their girlfriends. For sure you’d just love to be with someone who gives you all their attention.

3. They have cute humor

If you are thinking about geek dating, you should know that they have a really good sense of humor. As a matter of fact they were forced to develop a good sense of humor as a coping mechanism against the people making fun of them.

Nerds know what it’s like to be on the margins of society so they have learned that beauty is on the inside. You don’t have to worry about them judging your looks or your style. They will love you for who you really are.

5. They look good in suits

Do you know women who are always worried when their boyfriend has to suit up because they look like a fish out of the pond? Well, this isn’t something you will have to worry about if you get a nerd boyfriend.

6. His heart is always in the right place

As strange as they may seem sometimes, you should know that nerds are sincere and they have good intentions. They want to get to know who you really are and they will treat you like a lady. Which woman wouldn’t like to be treated that way?

So, what could make you get a nerd boyfriend? Find all the right reasons and just give nerds a chance.

1. They are more laid-back than regular guys

If you are thinking about geek dating, you should know that usually nerds are a lot more laid-back than regular guys. This is because they have fewer things to worry about: they aren’t concerned about their hair or their wrinkled clothes. They also don’t mind spending time indoors. The good news is that instead of being squashed in a club, you will get to enjoy a movie night with him at home. Another good thing about nerds is that they are more relaxed and they aren’t always in a hurry. Wouldn’t that be a nice change?

In case you are wondering how to be a nerd, he will be able to introduce you to this entire sub-culture. You will have fun together and you will try some activities you never tried. For instance, have you ever played Tomb Raider?

Did you ever hear a nerd talking about Star Wars? That is true passion. Although nerds aren’t passionate about many things, if they find something they like, they will put heart and soul in it. This also includes nerd love. If you get to know them, you will find it adorable how much energy they can put into an activity. Here is something to make you feel better: he will put even more energy into your relationship and it will be something he will be passionate about.

The only downside of passions, when it comes to a nerd, is that you have to share him with his other passions. No matter how much he might love you, he will still spend time with his nerd friends and he will watch the Star Wars series every week. This is something you will have to learn to live with.

3. They have cute humor – a different humor

The women dating a nerd know that their humor is somewhat different, but funny nonetheless. While humor comes naturally to some people, others have to develop it and this is the case of nerds as well. The truth is that they were forced to develop a good sense of humor because people have been poking fun of them all their lives. Having a good sense of humor is essential in a relationship. If you have a nerd as a boyfriend, he will make you laugh so hard sometimes, you will look like you are crying.

When you are on a nerd date you will notice that nerds can laugh about themselves as well and they don’t need to make fun of someone else for a good laugh. This shows that they aren’t self-conscious and they value the personality characteristics more than physical appearance.

For sure you know a lot of guys choose their girlfriends based on their looks. This is not the case of nerds. When you date a nerd you don’t have to worry about looking perfect in the morning, gaining a few pounds, or wearing sweatpants in front of him. These are things he really doesn’t care about. Although you might still care about your looks and he will appreciate when you dress up, it isn’t a necessity for him. However, you have to sure you are alright with him wearing sweatpants as well.

5. They look good in suits, unlike many other people

There is something special about nerds in suits. If you are dating a geek, you won’t have to worry about them looking goofy in a suit. They seem to have a natural talent for pulling off formal wear. As a matter of fact, they look a lot cuter in a suit than other men. This may be because of their glasses or because they can be themselves in a suit without even trying. If you are single and you go to a wedding and you see someone looking really good in a suit, you can be sure that he is a nerd.

The truth is that dating for nerds may seem somewhat difficult, so you will have to take the lead. Nonetheless, there is nothing wrong with this, especially if you have a dominant personality. They don’t mind if you guide them mostly because they know this is a field they don’t have too much experience with.

6. His heart is always in the right place and so is his mind 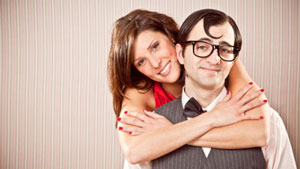 It is a fact that nerds can be weird sometimes, but they always have good intentions and they are also sincere. They don’t have a hidden agenda when they say that they want to get to know you and they will treat you like a real lady. When you are on a geek date, you won’t have to worry about hidden meanings and other childish games. Although you might think that they have numerous time-wasting activities (such as playing games), you should know that most nerds have a white-collar job.

Keep in mind that nerds always think about their future and they already have something planned for themselves. Most probably they have investments and they are self-sufficient (meaning that they don’t live with their mother anymore). It is always a good idea to hang out with smart guys because they change your perspective and open up your mind.

Dating for geeks is a foreign playground so they might need some help. If you have any experience, there won’t be anything you can’t handle. Just have some patience with them and you will see how fast they learn. A nerd boyfriend will make all your dreams come true, even if you always thought your happy end would be with a bad boy.

Posts Related to Nerd Dating: 6 Reasons Why Nerds Make the Best Boyfriends That We Thought You Would Like: Staff Picked Interesting Articles Worth Reading