In our days guys in suits are pretty hard to find, which make them only more attractive to women. But why is it that women prefer them? We have compiled a list of some of the best reasons for you to like them as well.

Why Guys in Suits Manage to Attract Women

One might think that in this time and age it’s all about being casual and comfortable. Nonetheless the studies suggest that women prefer guys in suits over those in jeans or other casual clothing. That’s interesting, right? If you are wondering about the types of guys to date or stay away from, make sure to add to your “to date” list those with a sense of style. There is something special about these men that is really appealing to women. To find out what it is that grabs your attention every time, just read on and find all the right reasons. 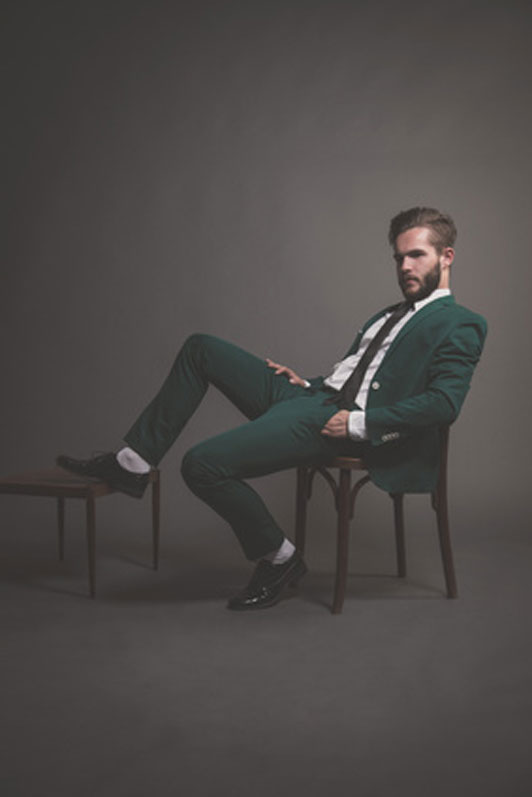 When it comes to men in suits, people always have the feeling that only successful and important people wear suits, so if a guy is wearing a suit, he must have done something right. What woman wouldn’t like to be a part of a man’s success?

2. They compliment a man's body

No matter what others might say, we have to admit: men look hot in suits. These clothes make them look taller, more fit, and they also make the shoulders look wider. What else is there that a men could want from their physical aspect?

No matter how common it is to see man in suit, you should know that it isn’t as easy to pull off as you might think. One must have style to be able to wear a suit as it was meant to be worn. If a guy can do that, you can be sure you have yourself a winner.

For sure you know that there are some timeless pieces in women’s wardrobes and the same goes for the look of men. A suit never really goes out of fashion. It will always suggest good taste, class, and elegance, regardless of what others might be wearing.

Some might say that money isn’t important, but they should try being happy without having any money. The men in suits seem to be good providers, which is important for women’s futures, to know they have someone they can lean on.

All the Right Reasons for Which a Guy in a Suit Will Always Be More Attractive Than One Wearing Regular, Casual Clothes

So, what is it that you like about men in suits? Is it their style or their looks? Or you are thinking about something totally different?

1. They project success – and they’re not lying

What do you think about when you see a man in suit? Most probably you are thinking to yourself: “Hm… he must be a banker, businessman, or lawyer of some sort”, right? Over the years wearing a suit has become a status symbol (unless it’s a really cheap one) and it makes people look important and more successful. As a matter of fact, people tend to trust more the people who are wearing suits than those who aren’t. Maybe this is why women are into guys who wear suits. They seem prosperous and, let’s face it: all women wish to have a successful partner.

For some reason a guy in suit seems more determined than other men, as if success was his only option. He seems like someone who knows what they want and how to get it. Some people might say that a suit isn’t really comfortable so they prefer something else. However, if you are going for a negotiation or some other formal event, there is nothing showing your standing point more clearly than a well-tailored suit. This kind of formalwear also demands respect from others.

2. They compliment a man's body to the fullest

One of the reasons for which women think that a man suit is hot is that it makes the shoulders look wider, resulting in a more masculine figure. Just ask yourself: what women wouldn’t wide shoulders to lean on whenever she needs to? A great advantage of suits is that they can hide the little tummy that men might have, creating the illusion of a fitter body. This is something that a jumper will never do for men. When tailored right, a suit can also make men look taller, which, again, makes them more attractive in the eyes of the ladies.

In the majority of the cases the suits come in dark colors such as black, dark grey, blue, green, or brown, which is advantageous for most men. These stylish clothes for men have something mysterious about them. It kind of makes you think of James Bond, right? What man wouldn’t like to resemble James Bond? It’s not only the suit jacket that’s advantageous for men, but the trousers as well as they really enhance a man’s figure.

3. They have style – the right one

A guy in a suit will always look elegant and stylish regardless of the occasion. Although the trends are shifting towards more casual looks, nothing can beat a suit in any circumstance. The truth is that a man can wear a suit to just any place: the office, drinks with friends, formal events, and so on. Such attire shows people that the person in question cares about the way he looks and he does his best to look good. This is an effort that most women appreciate as they don’t want their partners to put on the first thing they get their hands on in the morning.

Being a man who cares about their looks is really appealing to women as they can know that they will keep up their looks in the future as well and they will be a pleasant company in the years to come too. The truth is that there only seem to be hot guys in suits and women are more willing to overlook the shortcomings of men if they can maintain an elegant style. There isn’t need for a tie and all the works; a suit and a white shirt is always the best look to go for.

4. It is timeless – never goes out of fashion

How many times have you seen photos of suit fashion from the past and you still thought to yourself that those men look good even for today’s standards? This is because a well-tailored suit never goes out of fashion. There might be some aspects of the tailoring that seem to be retro, but the suit itself will always seem trendy. Maybe this is why women like men in suits so much: they are a “classic piece” without trying too hard. Opting for a suit also suggests good taste, which translates into a pleasant personality.

When it comes to sexy clothes for men, you should know that a suit can say a lot about its wearer. Those opting for black suits lack creativity but are elegant and they don’t mind being in the center of attention. The men who choose suits in colors other than black and more creative and more forthcoming, maybe even more adventurous, so you can be sure you will have a lot of fun with them.

The men who don’t have a lot of money seldom wear suits (only if they have to). On the other hand, those who have financial security can be spotted more often wearing elegant (and probably expensive clothes). This is why the suit itself suggests monetary status and a person’s ability to provide for their family. Subconsciously women are attracted to these men especially because they can provide stability and that is what really makes the difference between a boy and a man. It is also the reason for which women are automatically attracted to men’s suits.

It’s not only success we are talking about here, but the ability of a man to provide for their partner and for their family in the future. Maybe you’re not into having a lot of money, but for sure you like the idea of having someone who will be able to take care of you.

All in all we can say that there are numerous reasons for women to like men with suits. As a matter of fact, there is no reason for them not to like these men as there are only upsides. They look good, elegant, they are successful, have good taste, and they also have financial stability. Is there anything else you could ever want from a man? However, you have to make sure that you will be the right partner for them as you can’t show up in a sundress when they are rocking a navy blue suit. Your wardrobe has to live up to theirs as well.

Posts Related to All the Reasons Why Guys in Suits are Irresistible to Girls That We Thought You Would Like: Staff Picked Interesting Articles Worth Reading

←Previous Recurring Dreams: What These 9 Dreams Reveal About Your Secrets
What are Your Hobbies? Guide to Finding Common Interests Next→