Home
Girls Talk
12 Signs a Man Is Attracted to You: What His Body Language Reveals

This article is all about taking away confusions. You cannot tell if he likes you and you really want to know and so these tips will help you figure out. 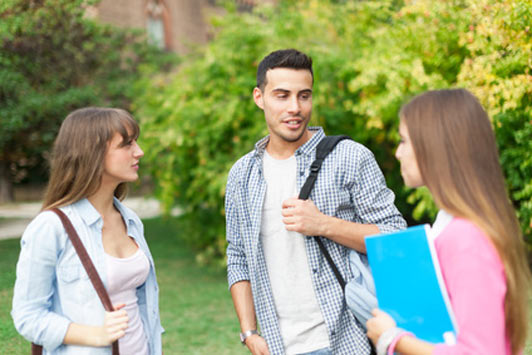 So how to know if a man is attracted to you? Let’s find out what it reveals about him below.

Signs a Man Is Attracted to Just You

2. He does a double-take

5. His behavior is inconsistent

6. He wants you to laugh at his jokes

7. He cares about his appearance around you

8. He raises his eyebrows a lot

10. He touches your hand

11. He sticks his chest out

This one is pretty obvious. If a guy is interested in you, he will find a way to spend time with you. If not, then he wont. Simple as that.

12 Signs That Show He Is Attracted to You

What the signs a man attracted to you?
When guys like a woman, they do certain things subconsciously. If you know what signs to look for, you can decode his body language and find out if he’s crushing on you. So, how to tell if a man is attracted to you? Below is a list of signs that show that he likes you.

If he smiles at you, then that’s a good sign

When you catch a guy looking right at you, it’s really good sign that he’s into you. It’s quite ordinary to smile at somebody you’re interested in. But the question is how do you know for sure if he means something a lot more than that? Start noticing how frequently he looks as well as smiles at you. When he seems to smile at you more than anyone usually does, he is, in all probability, interested in you. He definitely likes you a ton if he seems to smile at you every time you lock eyes without any reason. So, this is one of the signs a guy is into you. 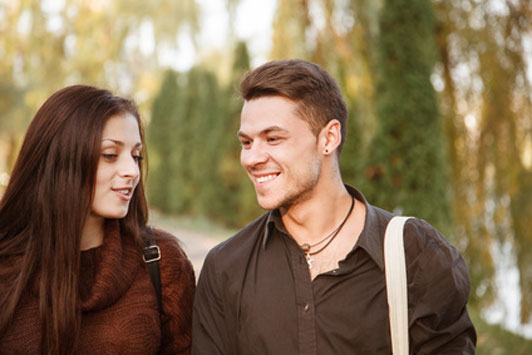 Before leaving, he takes a good last look at you

This is one of the major signs the guy likes you. Whenever a guy makes a constant eye contact with you just before leaving a certain area, though he’s quite busy speaking to somebody else, he definitely is interested in you as well as really desired to take one last good look at you. Probably he was expecting you were looking back at him as well so that just one more time, he could lock his eyes with yours.

When you talk to other guys, he gets jealous or annoyed

This here is a huge sign a guy is interested in you. Whenever a certain guy is keeping an eye for you as well as seems annoyed or jealous the minute you’re speaking to some other guy, it’s guaranteed that he’s into you. And he may try looking like he doesn’t care at all, but he’ll keep checking on you to see if you’re into that guy. Then he may walk away or sigh. This is also a big sign a guy is interested in you.

When a guy shows interest in you, he might begin to be all protective of you. And also, he may hand you his jacket if you’re feeling cold. Or whenever you’re walking in a place that’s crowded, he may place himself in front of you to give you space to get out of that crowd.

Look for the body language when a he is attracted to you. When the behavior of the guy changes as soon as he sees you, that’s one of the biggest signs he’s into you as well as he’s trying to sway you. If he’s with people or his friends and he’s acting rowdy or laughing hard, he may right away go silent as soon as he notices you coming. Or he may have been silent already and all of a sudden gets louder as well as tries to become noticeable so that he could impress you.

If a guy does something funny or tells a joke when around people and everybody nearby starts laughing, he will first look at you and your reaction. That’s a sign he’s very much interested in you and wants make sure you laugh as well.

He grooms himself pretty nicely

Whenever a guy begins groom himself when he meets you, he just might subconsciously try to look decent around you. When he starts to fix his hair, straightens his tie, or brushes off his clothes’ lint, that’s also a positive that he’s into you.

His eyebrows are raised

Basically, when a guy’s eye brows are raised in reply to something you do or say, it might be a clear sign that he likes you a lot. This may not be sufficient to say if a guy is into you because it might just be a friendly facial expression, so look out for other indications as well!

He copies your body language!

Again, this is a serious sign he’s attracted to you when it comes to his body language. Majority of the people have the tendency to subconsciously start mirroring the actions of one another when they are carefully listening to each other. So, when a guy starts mimicking your body language, this could be a good that he’s into you because it basically means he’s fully fixated on you. Try touching your hair, lean forward a little; take your drink’s sip. If a guy’s interested in you, he possibly will begin copying your movements without realizing it.

Whenever you start noticing that a guy is making a little bit of physical contact with you such as touching your hand or hair, he most probably is interested in you. Also, he may pat you on the back, brush against your arm, gives you a lot of hugs, or rests his hands on your shoulders. If he does all that, it’s pretty clear he likes you! Very much!

If a guy is into you, he might stand up taller subconsciously, tuck his tummy in, as well as push his chest out to amaze you and to also look more masculine.

He stands a little too close to you

If you start feeling like a guy is entering your personal space a little bit, this could be a very clear sign that he’s into you. Start noticing the distance between you whenever he’s near you. He is very much interested in you if he’s a bit closer than usual. He’s receptive if you move in a little and he doesn’t back up. If he comes closer again this time, this is a crystal clear sign that’s he into you.
So, now you know when and how a guy takes interest in you.

Posts Related to 12 Signs a Man Is Attracted to You: What His Body Language Reveals That We Thought You Would Like: Staff Picked Interesting Articles Worth Reading

←Previous Top 7 "Would You Rather" Questions That Tell You a Lot about Him
High Maintenance Women: What Is Hidden behind Being Called One? Next→