I’m not picky; I’ll give any guy a chance to prove himself. As long as he doesn’t play with my heart, I will keep him around for as long as I can. Any of these signs of emotional abuse are enough to drive me away and better kept out of the relationship.

6 Tell-Tale Signs of Emotional Abuse from a Guy

There's a lot of valuable information out there about how to spot emotional manipulation. But you don't have a lot of time; so here it is: six signs to look out for. In an emotionally abusive relationship, your boyfriend does not care about you. He cares about the image of you, and what you can do for him. Instead of outright demanding it of you, emotionally abusive men will find a way to extort it out of you in subtle ways. Mental abuse in relationships are quite common; and the consequences are often more harmful than physical violence. 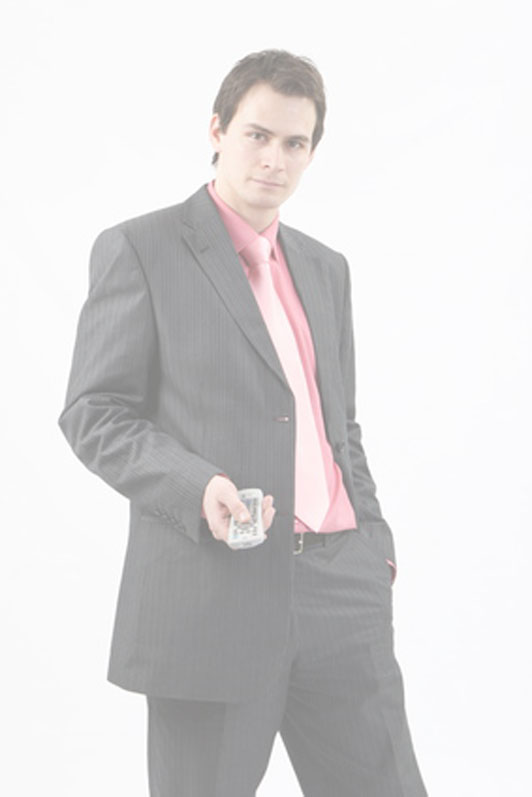 Control freak is not an attractive trait in some people; especially your boyfriend. If he is too controlling, create some distance between you to ease the tension.

2. He is Never Satisfied

You can bend over backwards to make him happy and he just never seems to appreciate your undying love for him. You deserve better than a guy who is only self-serving.

He constantly makes you feel inferior. It’s his own ego that matters most to him, not your own well-being. It’s attractive when a man takes care of himself; not when he cares only of himself.

It’s not high school anymore, why is he still playing games with your heart? These signs of emotional abuse he is showing proves that he’s not really in it for the long-term.

If you have a boyfriend that can’t respect you in front of your friends, or anyone else, then you’ve got a real loser on your hands. Sure it’s one thing to disrespect you in private, but shaming you in public is a real train wreck.

6. He has Something to Hide

And it is definitely not his bad body odor. He has some skeletons hiding in his closet, and when you figure out the signs of emotional abuse, you’ll know just what he is hiding.

The sign of emotional abuse to look out for above all else: is he genuinely interested in your answers to his questions? With enough experience, you can sniff your way through the crap that guys throw at you.

The mental abuse signs are apparent later on in a relationship, when the infatuation stage has ended. He will then be most likely to abuse your mind in ways you never could figure out.

1. He Does Not Respect Your Boundaries

He's the kind of guy who sticks around you at your place when you've made completely clear that you have to get up for work tomorrow morning. And if you kick him out, he passive-aggressively makes you feel like garbage by making you out to be a bad person. He doesn't seem to understand that you have a life outside of their relationship. And thus, he does not respect you as a person or the boundaries you set. This type of guy is controlling, manipulating, and an emotional abuser. His psychological abuse knows no ends. A good relationship is one where the guy is on the same page as you. He has his priorities and you have yours. If your priorities don't line up, then there is nothing holding the relationship together. If his controlling tendencies are the only thing holding the relationship together, then wise up and stop being emotionally abused.

2. He is Never Satisfied by Your Effort

He's never satisfied no matter what. No matter how hard you try to please him, he sets the standards higher and higher and you can never quite meet them. The truth with these types of guys is that: you will never satisfy them. That's the reason why he's manipulating you. He is milking you of your time and your enthusiasm. He is an emotional vampire leeching off of your life force. The only way to end this type of blatant mental abuse is to kick him to the curb. He will never appreciate you and the relationship will end more violently the longer it goes on. Respect yourself enough to know your boyfriend doesn't appreciate you. You only have so much to give; save yourself for someone who doesn't take you for granted.

3. He Makes You Feel Insignificant

He pokes, he teases, and he makes you feel inferior. Do you deserve this treatment? If not, don't put up with it anymore. Threaten to leave him if he doesn't start treating you like a proper lady. Many girls new to relationships feel like they have no choice but to put up with these signs of mental abuse that comes from dating narcissist personalities. They don't understand that there are many types of guys out there. There is most certainly one who won't make you feel like garbage. If you are constantly complaining to your friends about how much of a jerk your boyfriend is, then you clearly aren't satisfied with the relationship. The only one who can decide to upgrade from a chump to a gentleman is you. He is emotionally using you for resources and not because he really loves you. If you think you deserve better, then tell him and see his reaction. His reaction is all you really need to make your next move.

4. He Still Plays Mind Games, Even Months into the Relationship

Does he still use the silent treatment, ignores you, and puts you in a constant state of worry? There's a good probability that this one of the emotional abuse signs that will leave you damaged beyond repair. Notice the signs early so that you are not just his emotional punching bag. Some guys like to engage in emotional violence with their girlfriends. It's how some of them gets their kicks and ego boosts. They go and tell all their guy friends about how he made his girlfriend cry today. He gets a reputation boost among his friends that way. If the thought of him emotionally using you like that makes you angry, don't be. Just see through his mind games and don't give him what he wants anymore. You need to flip the script and make him appreciate you, or end the torture now.

5. He Shames You Publicly

He gets his rocks off by seeing you uncomfortable, embarrassed, or otherwise straight humiliated around other people. He doesn't care who is around: your friends, his friends, or just strangers. He does not care about saving face at all and shames you at every turn. A really psychotic guy will have no problem humiliating you in front of your family. Constructive criticism and shaming are completely different; the first type of guy wants to better you as a person, the second wants to control you. Shaming is often more subtle, and often you won't know when he is shaming you. Do some homework on the different shaming tactics some guys will use. Sometimes you won't even know he is disrespecting you in public until you understand the reason behind his criticism. He is trying to destroy your self-esteem through snide remarks. Manipulation is the first signs of emotional abuse in a relationship.

6. He Always Seems to be Hiding Something

He's not a liar; but he's not necessarily honest with his intentions. If this kind of behavior continues for a while, it is a definite sign of emotional abuse that will leave you frustrated. At first, it's confusing as to why he's so vague to his intentions. He can never make up his mind, and when he does he usually throws you off by being indirect. Directness on his part would be taking responsibility for mistakes. In order to cover up his sensitive ego, he uses you as an emotional meat shield. He blocks all harmful outside forces with you. He also is never upfront with his personal life. He has no issues lying to you about past relationships, or what he wants from you. Since you don't know where his head is at, it's possible that he has no intention of a long-term relationship with you.

Posts Related to 6 Signs of Emotional Abuse to Look Out For in Relationships That We Thought You Would Like: Staff Picked Interesting Articles Worth Reading

6 Common Signs of Verbal Abuse You Should Look Out for

In the moment you see the first signs of verbal and emotional abuse in a relationship, you should make sure it doesn’t go on. It will become toxic and before you know it, it will be too late to make a change. Try to discuss the problem with your partner and if there is nothing to be done, simply give the relationship up.

←Previous How to Understand Men: 8 Secrets about Men Finally Revealed
How to Seduce a Guy and Make Him Yours on the First Date Next→