Home
Girls Talk
Can You Really Trust Him Anymore? 9 Signs of a Sociopath

Can You Really Trust Him Anymore? 9 Signs of a Sociopath

In a world filled with dishonest people, how can you protect yourself in relationships? Find out the classic signs of a sociopath and decide for yourself if you are dealing with someone with a narcissistic personality.

Does he Exhibit the Classic Signs of a Sociopath?

Anyone can say things to make you feel good. What’s important is: does he really mean it? Or does he have some underlying motive? Abuse comes in many forms. And for some who are unable to bring themselves to harm others directly, do so indirectly with mental tricks and manipulation. 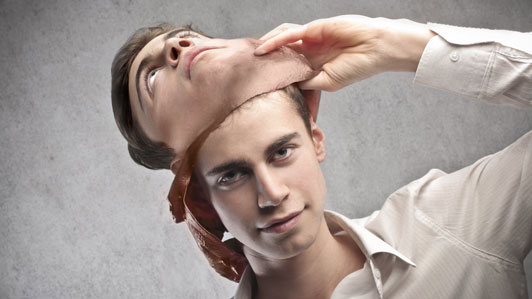 Make it a point to be aggressive about spotting the fakers. If they fool you once, learn from your mistakes and never allow the same person to take advantage of you again. As for the people you meet for the first time, use the points from this guide to help aid you in filtering anyone out with narcissistic tendencies. Putting up with nonsense can lead to a loss in your self-esteem and extensive association with these types of people will emotionally cripple you.

Does he Exhibit any of these 9 Signs of a Sociopath? If Yes, Find Out Coping Strategies so You Can Protect Yourself from Future Heartbreak

Learn to distinguish the genuine people from the liars and spot a sociopath with ease, using these simple guidelines for spotting someone with the signs of a sociopath.

Spot a Liar through his Actions

“How do I know if he’s telling me the truth?” A question we often ask ourselves, but rarely can find the answer to. Is he genuinely into you, or is he just manipulating you for his own selfish desires? 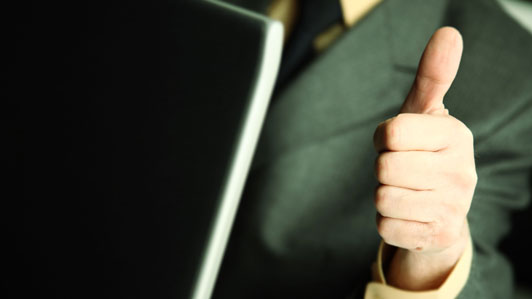 When you are first getting to know someone, you should monitor both their behavior and their words to see if they both match up.

Is he too good to be true?

If something seems slightly off with a guy, or if a guy is too good to be true, then proceed with caution. If he boosts you up early only to let you down gently after he gets what he wants: expect it to happen again in the future.

How Does he Act Under Pressure?

One of the greatest signs of a sociopath is his demeanor under stress. Sure he is confident, calm, and articulate on the outside. But when you call them out in the inconsistency of their behaviors, will they seek to shift the blame and place responsibility on you? 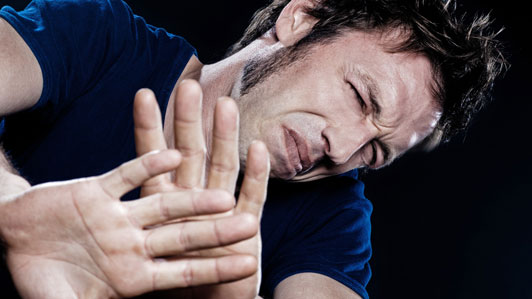 Tactics such as shaming are used in early adolescence but are also used by socially sophisticated adults if they have never mentally matured. So don’t be intimidated by him. Call him out when he oversteps his boundaries and make him know you don’t appreciate his mind games.

Does he Start out Sweet, then Turn Sour?

All that lovey-dovey mushy sweet talk is commonplace in newly formed relationships. Look past the initial months of the honeymoon phase and then see how he starts treating you. 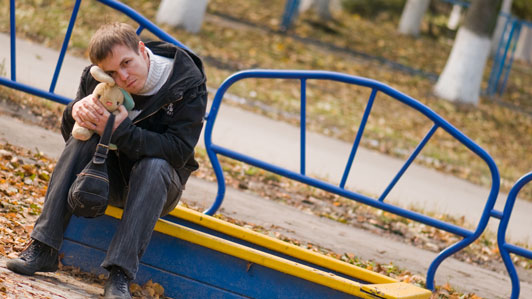 Before you become too emotionally attached, you must first observe the early stages of the relationship for signs of inconsistency and change in his attitude towards you. Has it reached the point where he doesn’t seem like the person you thought he was? Don’t settle for anything less than the best partner for your life.

Look into his Preceding Relationship Record

Does his past have tale-tell signs of a womanizer and a manipulator? His reputation with past girlfriends is a good indicator for his future. If his relationships are numerous, of short duration, and high turnover rate: run for the hills! 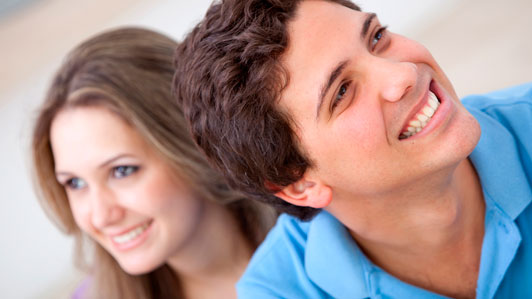 He’s suave and is the perfect gentleman, yet single with no other options? Something seems fishy here. If it’s too good to be true, it’s a red flag for the signs of a sociopath.

He is Skillful at Hiding His True Feelings

When it comes to sociopaths, pay special attention to indirect forms of abuse. Their hostility is carefully veiled behind a mask of deception. They will never outwardly hurt you, or directly express contempt. 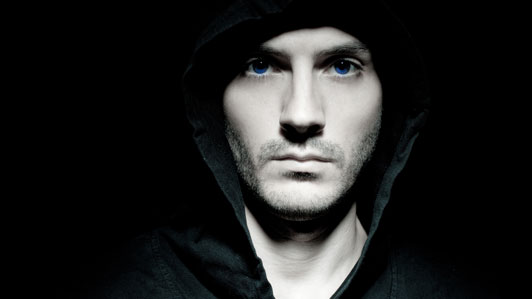 With a sociopath, the time to worry the most is when has to constantly tell you not to worry. When there seems to be more to a guy than meets the eye, you must be constantly vigilant of any red flags.

He Never Owns Up when He Makes a Mistake

When you have caught him in a lie, he will deny it to his grave and divert your attention at all costs. If it takes the form of passive aggression or playing the blame game, you must tread carefully in these situations. 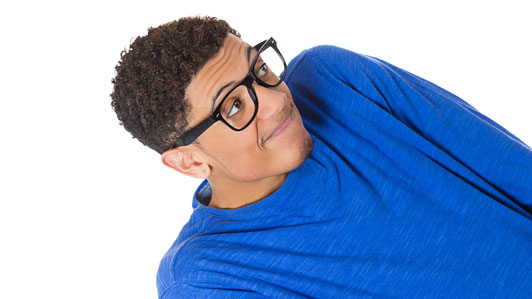 Sociopaths are extremely aggressive with indirect hostility and will never take responsibility for their actions. They are skilled at taking the attention off of them and bringing up your past mistakes in order to lessen the impact of your accusation.

He Could Pass off as an Actor

Sociopaths are smooth talkers. He knows exactly what to say at exactly the right times to play to your emotions. Sociopaths are very extroverted and socially skilled people; with much experience gained from many relationships and acquaintances. 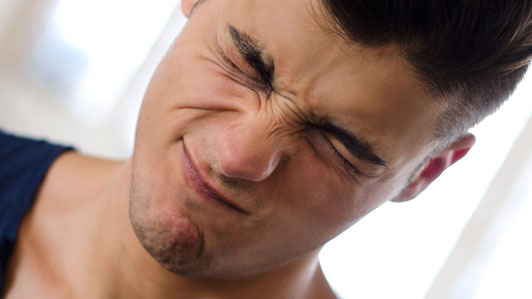 They know how the female mind works and exactly how to push your buttons. There are smooth talkers out there that aren’t sociopaths, but you must be weary of a guy that seems he could star in a television drama. Mentally and emotionally, he will run circles around you.

Has an Overly-Inflated Sense of Self-Worth

A guy confident in his abilities is always an attractive quality. But some guys over-do it with their grandiose sense of self and gigantic ever-growing ego. Spot one of these obvious signs of a sociopath and stop him dead in his tracks. 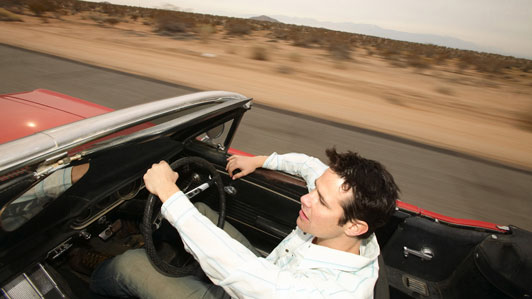 Does he try too hard to impress you? A man with real self-confidence should never have to bring up his past accomplishments in order to do so.

Does he Remember the Important Details of your Life?

A classic trait amongst most sociopaths is their lack of empathy for others. They cannot grasp the concept of unconditional love. They seem to be listening attentively to what you’re saying, yet much of what you say slips their mental grasp. 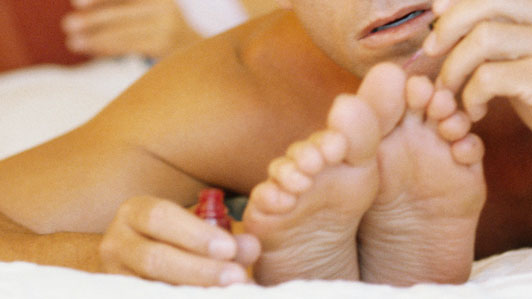 They have very selective hearing, and personal things you wish he would remember often go through one ear and out the other. Constantly follow up with questions afterward to make sure he was listening, or he may just be paying attention to you only when you say the things he wants to hear.

Posts Related to Can You Really Trust Him Anymore? 9 Signs of a Sociopath That We Thought You Would Like: Staff Picked Interesting Articles Worth Reading

You’ve had your heart broken time and time again. Are there any good guys out there who we can trust? The first step toward finding how to trust again is to trust yourself to find the perfect man and not settle for anything less. Yes, you will be able to trust again someday, so never give up hope. Never close your heart, because the right guy could show up at any moment.

Building Trust in Relationships: Stay Calm and Take Him at His Word

Are relationships the leading cause of stress in your life? Make a resolution to living worry-free by being a trusting person. Birds of a feather flock together; people who trust others are rewarded by finding trustworthy people. Building trust is easier said than done. But being the first one to put your faith in someone else often leads to worthwhile results.