Catch these early signs of autism, because they are very common symptoms among the youth of today as compared to a few decades ago. They are more common now, indicating a bigger problem. But inform anyone you know about these symptoms for autism as soon as possible.

Those with the highest susceptibility for autism are those with genetic predispositions and unhealthy living environments. The list of potential causes of autism is large. The mild autism signs are apparent in those with abnormal living conditions. Autism is becoming more apparent and getting to be a bigger problem. The issues associated with autism are thought as harmless to everyone other than the person suffering from it. It can severely damage their social life. The worst part is there is no known cure, no medication to solve the problem. There are only treatments to help these 9 symptoms for autism. 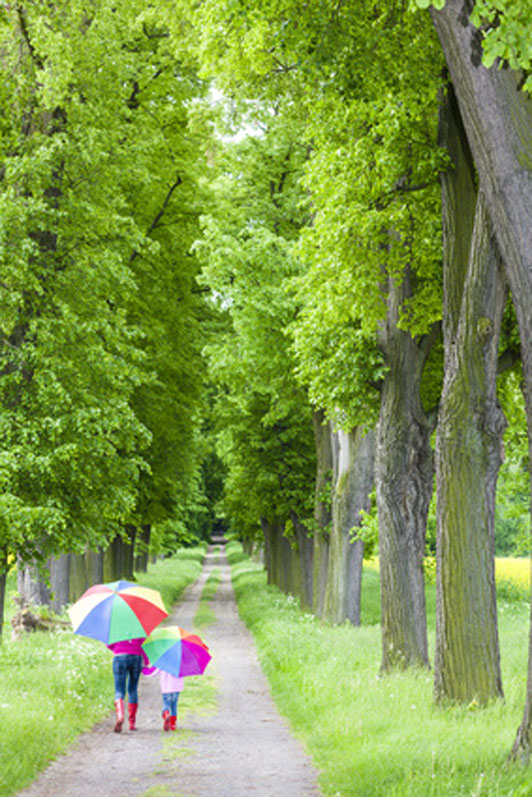 The most prominent early signs of autism include an inability to bust a smile in the right situations. She is able to smile, but doesn't have the mental awareness to express her emotions effectively.

Poor eye contact could be a lot more than just a mental condition, but repeated inability to maintain eye contact is apparent among people who function normally. Eye contact is a necessary part of being socially involved.

An unresponsive person is one who sometimes doesn't even respond to the sound of their own name. For whatever reason, she is in her own little world incapable of understanding the world around her.

Her behaviors, movements, and thoughts are repetitive. Repetition is familiar and comfortable to her, so she continues this behavior the rest of her life.

Autism is a complex disorder which the signs are difficult to diagnose. If a child seems uncoordinated, with abnormal movements, then they might have autism.

Being disconnected with others around them is a common trait among autists. Autism is a social disorder of the most damaging kind.

Slow developmental growth is a sign of autism that is apparent early on in life. Someone with autism develops at a slower pace than most; her mind functions are stunted.

A child with autism will prefer body language to speaking. She will point to objects she wants rather than expressing her desire in words.

Autism is also a difficult condition to diagnose, since many children have these abnormal symptoms but are merely acting out of their own desires. Children can't be held to the same standards of normal behavior, because they aren't expected to be normal. However, any more than three of these early signs of autism can indicate that maybe they should be checked by a doctor.

1. Can't Smile, Even for Her Loved Ones

Early signs of mild autism include an inability for someone to show and share their joy with others. She sees her mother smiling, and in most people that would generate a smile back. The familiarity of seeing family members or good friends is enough to make someone smile on their own. But in someone with autism, the part of the brain that triggers emotions is stunted. Showing the correct emotion is often a problem for her, and this begins at a very early age. There are different shades of autism when it comes to emotion. Someone who is unable to effectively express their emotions most likely has some form of autism.

Another big early signs of autism is eye contact. Prolonged eye contact creates extreme discomfort and anxiety in someone with autism. So much that they avoid eye contact almost completely with everyone. They have an extreme indifference to human interaction, and don't find the value in creating and holding eye contact. In some cultures, this is very limiting because eye contact is what creates intimacy and bonds between people. This is why people with autism have difficulty creating friendships with people as adults. She is in her own world sometimes, and that has the effect of blocking others from joining her life.

3. Doesn't Respond to Her Own Name

Someone with autism is aware of their own name, but for some reason she is unresponsive when someone calls her name. This is a very early signs of autism starting as soon as they are a baby. With autism, it is a cognitive functioning disability rather than just hearing loss like many parents assume. This problem normally goes away by the time they turn into an adult, but in very serious cases this symptom can even drag on into adulthood. Unresponsiveness is a trait reserved especially by those with autism. Bizarre behaviors like this cannot be explained in layman's terms, but rather observed and noted.

4. She is Repetitive in Her Behaviors and Thoughts

People with autism have a comfortable familiarity with repetition. It's noticeable early on from youth when she is playing with toys. Instead of using her imagination with the doll set, she is stacking or lining up the same color blocks in a line. And she repeats this behavior always when it is time to play. This early signs of autism can continue on into adolescence in different ways. It can even turn a bit compulsive, the way that they respond to patterns and repetitive things. Overstimulation can be caused by things unpredictable to her, because it knocks her out of her repetitive routine.

Bizarre body gestures that children make like walking on tiptoes or flapping hands can continue on past childhood for someone with autism. Because of delayed motor development, early signs of autism for children include involuntary or voluntary movements that are outside of the norm. In children with autism, the signs and symptoms of autism are often similar with other children. If the behavior continues, then it could be a cause for concern. Body language in autists can be varied but over time can improve in adulthood if she is aware of her movements.

6. Disconnection with Society; Lack of Empathy

Those with autism feel disconnected with others around them. She will often operate on her own terms; like she is in her own little bubble. She also finds it difficult to connect with others on a deeper level because she lacks the empathy needed to create social bonds with people. Establishing rapport and common interests is imperative in relationships, which are things that often seem foreign in someone with autism. Since autism is a mental condition with no sure definite way to diagnose, this symptom can signal many deeper problems than autism. But more often than not, a child exhibiting anti-social behaviors tends to lean towards an autistic child for diagnosis.

Early signs of autism include a slower maturation process than most people. Kids with autism have stunted motor and cognitive development which causes many of these signs of autism in children. Since autism is not entirely understood yet, the delayed development of children can sometimes be genetic and sometimes be environmentally-caused. At whichever point in someone's life that their development is stunted, can be blamed by a variety of factors. The causes of autism aren't entirely sure either; it's still an ongoing experiment in autism signs and treatments. Any abnormal autism signs in children should be checked up on regularly, so that their development isn't further delayed. The effects of autism on a child could be life-threatening by the time they are adults.

Autistic people would prefer to use non-verbal forms of communication rather than spoken language. This is why she points to things she wants instead of saying what is on her mind. You often have to remind her, "what do you say when you want something?" Yet it falls on deaf ears; she continues the behavior anyways. This is a hallmark sign of autism traits; it signals that there is something wrong. It's not just laziness, it's an inability to express themselves in a regular way. Instead of words, which overstimulates her, she resorts to using easier forms of communication whenever possible. Autistic behavior is characterized by a lack of both ability to show emotions and express themselves in words.

Posts Related to 8 Early Signs of Autism: Autists Bizarre Behavior Explained That We Thought You Would Like: Staff Picked Interesting Articles Worth Reading

8 Causes of Autism: Reasons Behind the Rise of the Autistic

There are 5 possible causes of autism that are more than just genetic factors. Do you or anyone you know have autism? There are many symptoms associated with autistic behaviour including problems with speech, hearing, and learning. Autism is becoming more and more prevalent in today’s society. It’s very important to find the causes of autism.

7 Benefits of Waking Up Early: Why You Should Wake Up Early

In case you don’t like waking up too early, you should know that it comes with some undeniable benefits that you could use. Nobody said that you have to go to extremes, but a little goes a long while in this case. Read on to find out some of the reasons for which you should wake up early in the morning.

←Previous Your Sugar Addiction: 9 Ways Sugar is Killing You Slowly
How to Lose Weight with Water: Achieve the Perfect Weight Next→