Tired of searching blindly for Mr. Right? Here are some important qualities to look out for that should be present in a perfect boyfriend. Read them and check out if your boyfriend has them.

Find out what makes in a perfect boyfriend Mr. Right

Today's woman has everything she ever wanted for her. Money. Freedom. A lavish life.
She gets whatever she wants at her whim. One that she yearns for but is difficult to come by is finding a perfect boyfriend. All the worldly things, fail to provide happiness that a perfect relationship brings to a person. She is in constant search for her Mr. Right. 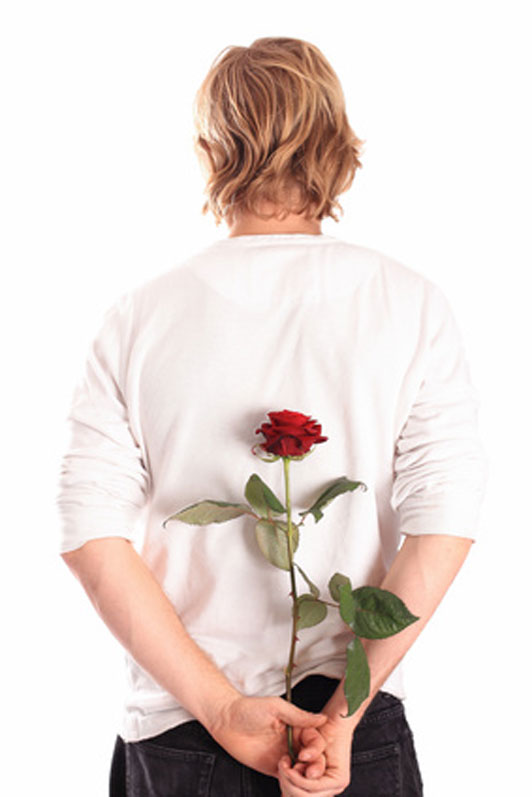 4 Qualities That a Perfect Boyfriend Should Have Making Him the Obvious Candidate for Mr. Right

Finding Mr. Right isn't as obvious as it sounds; but with the right guidance, any girl can do it. Here is what you need to assert that he is the perfect boyfriend.

He makes you feel loved

One thing that every girl on this planet wants so badly is someone to make them feel loved. They want their boyfriend to sweep them off their feet.
If he loves her he needs to say this out loud. Let her know how important she is in his life.
A girl can be his forever if she feels she has some value in someone's life.

He has a strong personality

If a man does everything that his girlfriend wants, he is the most romantic person in her eyes.
But if he loses himself, his beliefs and blindly goes after her, doing whatever is told him to do, it is the biggest turnoff.
A guy should have a strong personality. He should express his views even if they differ from his girlfriend's.
He should have a life of his own and shouldn't constrict his whole world around her.
He Loves her, respects her, but moreover has self-respect.
Girls fall for such guys very soon.

He is supportive of your cause

A man, however handsome and dashing he may be, even if he loves his girlfriend a lot, can mess up a relationship if he doesn't support her.
If she is sad, she wants the guy to hold her hand, tell her that he is there for her.
If she wants to try something new, she wants her boyfriend to be a part of it.
She wants the guy to support her decisions.
No, not because she isn't confident enough to do it on her own, but because she would feel proud that her boyfriend is with her.

He is nothing short of fun loving

No one can spend a lifetime with a boring person. Now that's a universal truth.
A girl loves going out, having a small "we time" every now and then. A surprise or a sudden plan on a holiday she always wanted can make her worship the guy.
She loves getting surprises. She would always find ways to keep the mystery in the relationship alive.
But if everything goes predictable and mundane, she loses interest.
If she is not having fun with the guy she is dating, there are maximum chances she will dump him.

The most important quality that a perfect boyfriend should have is honesty.
She can tolerate anything. Less expressive, unromantic anything if the guy really loves her.
But if ever she finds out that her boyfriend has lied to her, all hell breaks loose.
However small or unimportant the lie is, a lie is a lie for her and that is not accepted. Period!
Being dishonest ruins a relationship.
Now these were some qualities that a guy needs to have to be a perfect boyfriend.
But there are times when such guys are there right in front of us but we don't realize.
We constantly look out for our perfect boyfriend but miss out on boys who are close to us who can really make us happy.
Now why is this so?

Why is it so difficult for us to find that perfect boyfriend?

Here are some of the reasons why finding the obvious candidate for Mr. Right isn't so obvious and even impossible; if we don't get our act together.

Too much emotional baggage dragging down your dating game

Sometimes some relationships are just not meant to be and fail terribly. We never actually come out of such relationships, being tied down by emotional baggage.
We carry the load of failed relations for so long, that we don't give ourselves a chance to be in a new one.
Even if somehow we start dating someone, the baggage of the past is so heavy that we tend to neglect our present relationship.
Somewhere in the back of the mind we even start comparing our boyfriend with our ex. This not only irritates the guy but also prevents us from finding a perfect partner.
How can we find one when we actually see someone else in him?

Nobody gets a boyfriend by sulking over being single. The most common mistake a girl does is eyeing on a guy but never approaching him.
We wait for the guys to take the initiative. We want them to reach out to us.
How on earth would they know if we are interested?
Keep your eyes and mind open.
The perfect boyfriend is not going to come in your dreams and take you away to his world.
He can be any regular guy you meet at the bar, gym or office.
So instead of waiting, look around. For all you know, a shy guy might be interested in you; and you never know, he may be the right guy.
If you find a guy who may seem a nice match, go and talk to him.
There is no harm in it. Who knows, he may be that perfect boyfriend you were searching for?

Being open towards guys is okay; but trying too hard to get their attention, like dressing provocatively or staring too much can turn against you.
It shows a weak esteem and a low self-respect. Instead of trying too hard,
Just be yourself. Have fun and enjoy yourself with or without company.
Guys tend to go after girls who are sure of themselves. So try to gain attention.
Be just you, have a smile and attention automatically follows.
So girls, what are you waiting for? You know what to search for in a perfect boyfriend. You know where you could have gone wrong if you don't have a perfect boyfriend already.
Go out, find your Mr. Right. He may be anywhere near you.
After all you deserve to be happy!

Posts Related to 4 Traits That Make a Perfect Boyfriend Obviously Mr. Right That We Thought You Would Like: Staff Picked Interesting Articles Worth Reading

Being in a relationship is amazing. You can have ups and downs, but those beautiful moments are always cherished and long remembered. Especially your anniversary or your boyfriend’s birthday. If you are puzzled by the lack of ideas for gifts, don’t struggle. Don’t get stuck in a rut and read this article if you need some help. Those great gifts ideas for a boyfriend are just a few minutes away.

If you are shopping around for ideas on what to get your boyfriend for his birthday or for Valentine’s Day, you can find ideas on how to make his day really special by taking steps to ensure that you will get the perfect gift that he will absolutely love. For this you will have to take his personality into consideration.

6+ Things to Get Your Boyfriend: Girl’s Guide to a Happy Guy

Shopping for guy gifts can be a challenge as there seem to be few ideas for getting your guy that perfect gift. You can, however, start by finding ideas that are based on the things that your guy really likes whether for his birthday, a special occasion or just to let him know that you are thinking of him.

You can get ideas on how to keep your relationship alive by knowing the right things to say to your guy. Men, like women, are looking for someone to appreciate them. They are looking for reassurance too and want to have a sense of security. If you want to let your guy know how much you love him, speaking about your feelings can contribute significantly to building your relationship.