Home
Girls Talk
4 Clever Tricks to Make Him Jealous: How to Use Jealousy

4 Clever Tricks to Make Him Jealous: How to Use Jealousy

Butterflies do not last for a lifetime, no matter how good a relationship is. And in case that you are still willing to lift some spirits and make some fire, no matter the reason, we have prepared for you 4 excellent advices on how to make a guy jealous, so read on!

How to make a guy jealous

When it comes to troubles in a relationship, jealousy is probably the first thing that can pop in our mind. It is amazing how often it is precisely jealousy that can be the root of all relationship problems. Be it justified or not; be it our vanity, or an outside factor, both guys and girls can get stuck with this oddly burning feeling in their stomach at some point in a relationship. Some of us are more and some less prone to jealousy, but the truth is that no one is entirely immune: each of us has his or her weak point, some of us are simply lucky enough to have it well hidden and hard to reach. 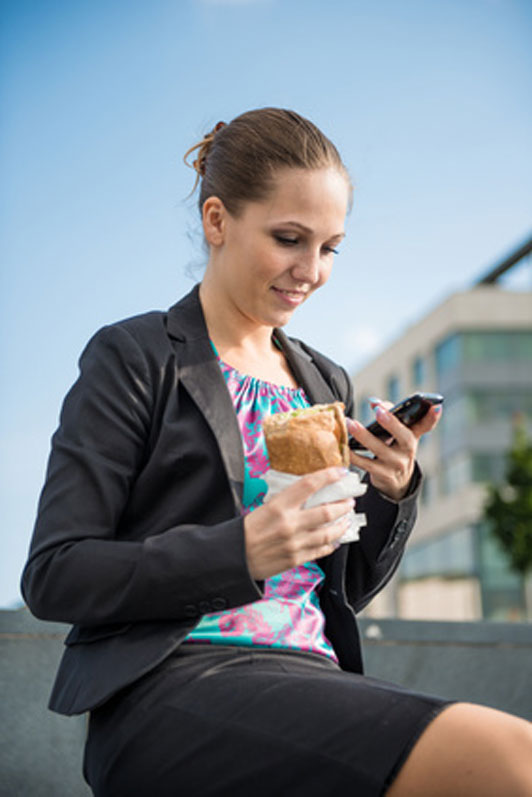 If you, for any reason, want to make a guy jealous, there is one thing we need to make sure it’s emphasized before we start with our list: whatever you decide on doing, know that reactions can be… Well, various, to say the least. And not always that naive.

Determined to Start Playing Dirty? If You Are Ready for Making Some Mess and Bursting Some Flames, Here Are the Clever Tricks on How to Make Your Man Jealous

Are you stuck on how to make a guy jealous and use that jealousy to your advantage? Luckily enough, here is a handy guide for women to leverage a guy's feeling (with a little elbow grease and sass) for the better!

We’ve mentioned it before, and we’ll probably mention it many times again. Social networks and various apps can have great impact on our relationships. However, depending on the situation, the impact can be either positive or negative.
The multi-functionality of all this media we use for communicating can help us in more than one way if we decide to make a move and actually make him jealous. For example, by sheer ‘abusing’ of Facebook likes and a couple of not-so-naive comments exchanged with your guy friend, and there you have it. Yes, sometimes it’s that simple! Nope, we can’t tell you why, because we, too, are puzzled.
And when it comes to texting, as we have mentioned it already, there is another simple step for you that can ring the alarm for him. Stop texting. Yes, ignore him for a while. Don’t texts back, right away; Let him wait some time replying. If he is used to you replying him the second you get his text, and all of a sudden, you start ignoring, there’s going to be a reaction. Not a big one, but a reaction for sure.

For the point of this article we made a sort of a research of our own with several of our male acquaintances, and we also asked for a little help from our girl friends in order to give you a better insight and some concrete examples.
One of the answers we got from one of our interviewees was that he would hate when his ex would’ve said that someone else had a great sense of humor. We couldn’t help but be reminded of Chandler from ‘Friends’ who flew all the way from Tulsa to New York in an act of jealousy when Monica told him about ‘a guy from work’ who was hilarious. Talk about how to make your man jealous!
And based on this we can make other conclusions as well if making him jealous is what we want. One of those conclusions was also confirmed by our interviewees: guys don’t like when we hang out with other guys who are superior to them in some way. So, if you wonder how to make him jealous, here’s the deal: find a guy friend who is better at something your boyfriend really likes doing (be it football, gaming, running, etc.)

Put your ex to some purpose. Finally! (Giggle) This one is a classic one. Your boyfriend might not admit it, but the truth is that they are all bothered with our exes at some level. Some of them don’t like seeing us with them, some are ticked off when they hear about your exes, and some are even brave enough to demand from us to completely lose contact with them. Of course, sometimes they are right. There is always a question how much communication is normal when an ex is in question, but just as not every relationship is the same, the endings of such can differ, too. But that is off today’s topic.
Making him jealous by using your ex is a pretty dirty trick, but can be useful at times, especially if what we want is to switch his attention back to us. It really rarely fails to work, but it also requires some explaining later. However, if it doesn’t work, pose yourself a question if there is still some emotion left in your relationship.

Love it, make it, don’t give it

This one, we have to admit, caught us off guard. Ladies, have a seat: something nice you would do for others, but not include your boyfriend. According to the quote of our 21-year-old friend S.R: “If she would make a delicious meal for somebody else, and not even ask me if I would even like to try” Regardless of if she would be making it for a friend or someone else! So, they wouldn’t be disappointed or angry, but precisely jealous. Another interviewee gave us another example: “If she would do a favor for somebody else, but refuse to do that for me. Like giving a massage.” See? Commit a no-massage-for-you crime. Make some lasagna, tease him with it and then take them over to you bestie’s. One jealousy outburst incoming!

When is the time to stop playing games?

We gave you the cards, now it's up to you to decide what your next step will be, and how long will you keep playing games. Of course, there are different reasons why girls want to engage in the activities where they provoke jealousy. Our advice here is to think before you act, because some of this jealousy games can turn out to be pretty harsh, and actually hurt somebody. On the other hand, if you constantly provoke your boyfriend to be jealous, eventually, he might stop trusting you altogether!
But if all you want is a few sparks to warm up the relationship, or to grab a bit of his attention, and you just wonder how to make your man jealous, you will find this article quite helping. One more thing: after you get what you wanted, reward your guy with some tasty lasagna, too. He’ll love it!

Posts Related to 4 Clever Tricks to Make Him Jealous: How to Use Jealousy That We Thought You Would Like: Staff Picked Interesting Articles Worth Reading

How to Overcome Jealousy in Past Present and Future Relationships

If you are looking for ways to keep your jealous rage under control, you are in the right place. Being jealous puts everyone in a relationship ill at ease. If not dealt with, it will keep recurring even when you try hard to keep it under control. Organizing different strategies can be a great place to start handling your jealousy issues. Find out firstly what the problem is.

Things guys say may ruin the whole conversation, leave you speechless, put you in bad mood or make you think for hours after the conversation why he would say something like that. Guys, unlike girls, do not think too much about what they say and usually their words do not have any hidden meaning. However, in order to avoid awkward silence, check out the most common things guys say that spoil all the fun and learn how to react to them.

8 Surprising Ways to Make a Guy Want You Back

Not having the guy you like by your side is tough, but luckily here you can find the answer to how to make a guy want you back. Naturally it all depends on the circumstances and on your personality, but there are some tips that are foolproof; when used correctly there is no way for them to fail or let you down.