Every girl at least once during her dating life asks herself what is it that guys like in a girl? Do guys like dating short or tall girls more? Are they interested in big girls? Or do guys like smart girls? Let’s try to find the answers to some of these questions...

Figure out if you are doomed to be stuck in a dating rut because you are either, short, tall, smart, or all of the above

Every so often I have to sit down on my cushy seat and ask myself what is it that every guy wants to find in a girl he likes. Does it matter if you are tall or short, big or small, or just got the smarts to do whatever it is you want to do? Maybe you have not had the best of luck because of one of above characteristics that work their way into what guys like in girls, their type. 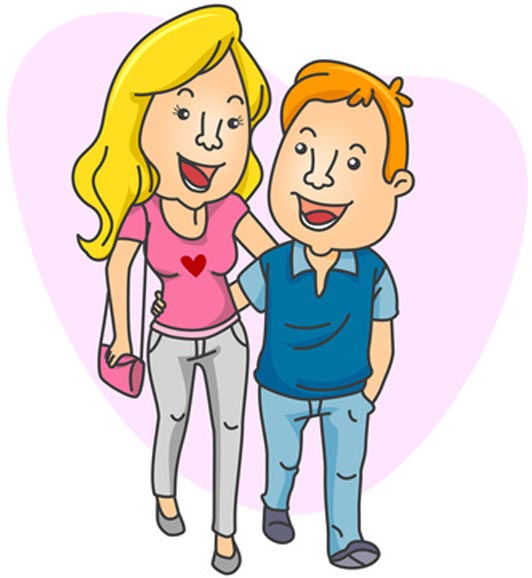 Somehow, while we are kids, no matter if we are boys or girls, we are all pretty much the same. The greatest difference between us is made on whether or not we wear skirts. Putting that fact aside, we all mostly behave and think in a similar way, and we understand each other, and function we almost always function flawlessly. But then we start dating and that is when a huge gap suddenly appears between boys and girls, and that is the gap that raises many questions for both sides. And somehow, the most frequent question among girls is ‘What Guys Like in a Girl?' - as us girls can sometimes feel insecure about our looks, we also often ask our appearance will bother them.

How to tell if you are stepping out of your league based on what guys like in girls - Will he like you even if you are short, tall, big, or smart?

If a guy is not mature enough to be interested in nothing else but good looks, he definitely deserves not a minute of your time. But that doesn't imply that the guys who are a good relationship material don't have their own personal preferences. They do, just like the girls have: some girls like taller guys, others like slender guys, or guys with green eyes... And that is completely normal. But let's first take a look at what guys like to see more on a girl, and then what would they want her to be like.

In some cases height becomes an issue in dating. Let's face it; if the guy you like is into short girls and you happen to wear the same shoe size at him not to mention out-rebound him in basketball, then your chances of fitting into the ideal image he has for a girlfriend is slim at most. What else is there to say about tall and short girls? 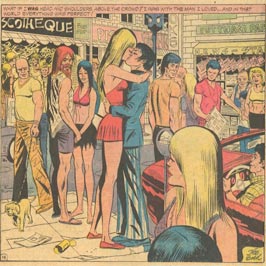 Short girls OR Tall girls - What do guys like in a girl based on height alone?

Of course they do! For some reason, guys find short girls really cute, and usually more feminine. Dating a short girl or at least a girl who is shorter than him is something that is in society considered as some sort of a ‘norm'. That is not so strange if you consider the fact that girls usually are shorter than guys, and that for the past several centuries the promoted image of a desirable young women is usually a tiny, frail lady in need of protection. So, yes, definitely, guys like short girls, and around them they usually feel more protective and self-assured.

But guys also like dating tall girls. Even though there is a stereotype that guys usually go for ‘tall blonde girls', the truth is that many guys wouldn't mind dating tall girls despite the hair color or other features, once they realize how cool she is in person. If a girl is tall, confident in herself, dependable, and mature, a serious guy who knows what he wants can find in her both a companion and a girlfriend. Also, there are practical upsides of dating tall girls, because some guys simply appreciate not having to duck their head during a conversation or making out.

2. What if you are a little bigger than other girls?

There are a lot of guys out there that secretly like big girls; but when it comes time to show it, they are shy and choose to hide in their closet. Don't blame him; blame the media. Never give up. As they say, guys that go round never frown. So, I have heard…

All girls who have (or they think they have) weight problems probably have asked themselves this question at least once in their life. But let me tell you one thing first: if you think that you have a weight problem, that doesn't necessarily mean that you do. And no matter if you do or do not, you should learn to love your body, and the others will simply follow your example. But let's go back to our topic, and to what guys usually think about it.

The thing is, you probably shouldn't be worried. It is a question of personal preferences, but some guys actually like seeing curvy girls. Curves are a natural part of a woman's body, and a beautiful one, indeed, and it is up to you to present them as a plus, and not a minus. You don't necessarily need to hide them, you could just let the cloths shape them, not in extremely provocative way, but so that they are pleasant to look at. If you need any idea about outfit combinations, check out these good tumblr blogs to keep up with fashion.

3. What if you have a brain and know how to use it?

There are a lot of guys that think it's cool that you can move things with your mind; figuratively. Although on the other side, there are few guys that feel intimidated by you because of your enlarged medulla oblongata that may make you act out more aggressively than other girls. If you were an alligator, maybe so; but is more about what guys think of smart girls. Are you too smart for own good? Let's find out.

And what about the smart girls?

And here is where we come to the important parts. Our school experience has proven us that if we work hard and have good grades, there is a decent chance someone will call us a nerd. But that experience has also proven that the school mates who usually do call us so are immature and simply want to make fun of other kids. But that does not necessarily need to be the case. Once boys turn into guys we would like to date, that should not be an issue. If it is an issue, you should ask yourself whether you should date that guy or not.

Anyway, if you find a mature, reasonable guy, there's no need to worry. If the question you ask yourself is do guys like smart girls, be sure that the answer you are looking for is probably yes. Not necessarily, but usually it is. Guys usually like smart girls, because smart girls can be lots of fun. Smart girls can motivate them into having endless conversations on various topics of interest. Smart girls who are also charming, can engage their guys into hours of talking, especially if they share similar or same interests. And if you are not really into talking, you can always find some other way of spending quality time.

On the other side, there is a different kind of guys, and that kind can be sort of problematic. Those are the guys who get easily intimidated by the people who are intellectually superior to them. That doesn't mean a smart girl doesn't stand a chance. On the contrary, a girl can easily start dating them. The thing is that after some time, such guy would feel intimidated and he wouldn't like the feeling of not being the superior one in a relationship. And that can be a cause of conflict. But be sure that you as a girl can find a solution for that kind of problem.

And now we come to the part about what do guys want a girl to be like. Guys like a girl who is communicative, because in that way they have someone to lead the conversation if they are a bit shy, or if they are not, they have someone they could talk to. They also like girls who are well-behaved and make them feel comfortable wherever they are, and who are also not pushy. Remember that guys like when a girl behaves in a way that deserves respect, and don't let yourself be with a guy who disrespects you. Be aware of your good and bad sides, respect others', and be sure that eventually you will find a guy who will like you.

Posts Related to What Do Guys like in a Girl for Short Tall Big and Smart Girls That We Thought You Would Like: Staff Picked Interesting Articles Worth Reading

6 Short Girl Problems that Make Us Wish We Were Taller

In case you are short, you might be wondering “do guys like short girls”. Just ask yourself: what is not to like about a short girl. Instead of focusing on your problems, do your best to put emphasis on your positive features and you will forget all about the negative parts. All you have to do is try.

For leading a long-lasting relationship, girls seek means to do every possible thing for making it work out. She tries to be extra caring, affectionate and sincere toward her guy. But is it all enough to make him hold on to you in a long run? Probably you are neglecting one thing! In order to keep him longer, you need to know the following guy things to do that he even though never showed, but need to be done to get him!