While you are having quality time with your guy, you must be seeking ways to know more about him, or better say that way – to know what is going deeper in his mind. Such hidden things are actually the things guy wished girls knew, but hesitate to tell on their own. So, learn them here and know more about him!

Do you want to know what your guy thinks most of the time and does not show to you at all! It seems odd and difficult as guys’ minds are like sealed windows – you can’t get in; they won’t reveal out! But does it means that you stop trying to read his mind and perceive on your own? Probably not, because here are some secret yet finally revealed facts about the things guys wished girls knew about. 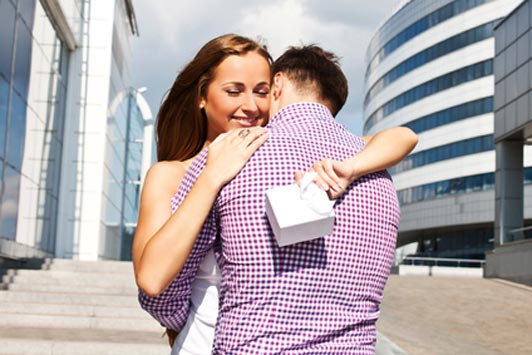 So, no matter your guy shows to be egoistic, or is too weak to let you penetrate into his mind, you can still learn more about him by learning the guy things to do. In this way, you can know him in and out wholly, and be the queen of his heart!

The foremost wish of every guy is that his girl could read his mind and knew guy things to do which he can’t express on his own. So, read the following 9 things guys wish girls knew for having a better understanding and thus a stronger love-life.

He is sensitive and gets hurt more!

One of the first things guys wish girls knew revolve around their sensitive nature. Guys get hurt more, feel more, and are extra-sensitive, but all these feelings are far hidden from girls. For example, if you happen to get into a fight with your guy and break his heart, he might pretend to be stronger or egoistic, and simply walks away without expressing his offended feelings, but in reality he is deep broken inside. He can’t cry in front of you or plead for your understanding or cooperation; rather he will simply hide his pain and sit alone to get miserable over his hurt feelings.

He do thinks of future but hesitates to discuss it beforehand

Another major guy things which is mainly hidden from girls is their time spent in thinking about future, normally, you must be thinking that your guy is lazy, avoid discussing future and make no such promises, meaning he is not sincere toward your relationship at all. However, reality is not what it seems. Guys do think of future, plan alone about what to do ahead and how to plan future events and happenings. Yet, they avoid revealing those plans or committing anything with you. This is so because in case any mishap occurs, or he fails to fulfill his promise, this ultimately puts your relationship at stake and things ultimately mess up. Thus, it is better to let him plan on his own, give valuable time to such critical thinking, and expose his decisions himself at the appropriate time.

He needs some space!

Another thing guys wished girls knew is that they need some extra space for personal mental relaxation. They hate it when girls keep popping on their heads, telling their gossips or complaining about his shortcomings. So, if you see your guy enjoying some valuable lonely time, simply let him enjoy his space. Don’t misunderstand his need for space occasionally as he is either avoiding you, or waiting for you to accompany him. Everyone needs to free his mind, and this time, it’s your guy’s turn. Let him have it!

He dislikes when you eat off his dish

Here comes a secret thing that guys wished girls could ever know about them i.e. do not mess with his food! It is not like that he hates you to share his stuff. C’mon girls do not get into everything he does, says or eats! So, another one the guy things to do is to enjoy your meal and let him enjoy his. Else you will lose his appetite and mood as well!

He hates when you praise other guys in front of him

One of the most critical things guys wish girls knew is based on their self-respect and possessiveness. Let’s see how it works. Suppose, you brag about your cousin or another guy in front of his, admire his wealth or looks. This will result into two things. Firstly, it will hurt your guy’s self-respect. It will seem to him as you doubt his looks or consider him comparatively poor, that’s why you are praising someone else in front of him. Secondly, every guy is possessive about his girl. He doesn't show it, but gets pissed off when she admires another guy and prefers over him. If you are possessive about your guy, then why on earth can’t he be?

He dislikes when you interrupt him while he is watching TV etc.

Another things guys wished girls knew that they gets utterly annoyed when girls interrupts them during their live match, any movie or favorite TV show. Such distraction does not makes him happy or he concentrates totally on you, rather he waits you stop talking and leave him alone! Ouch! That hurts, right? So better learn such guy things before you annoy him.

If you want to keep a health and long-run relationship with your guy, then you need to learn a very important guy things to do i.e. praise and admire every small to big, unexpected, normal looking etc. thing he gifts you. Do not appraise his choice, or you might hurt his feelings. Guys are not like girls in researching the girl’s favorites or running from one store to another to buy something most precious for their girls. Of course, they mean to do so, however, even if he presents a flower to you bought on very last moment, accept it and admire by heart for his feelings matter most of all!

Another one of the guy things to do is centered on their hesitant nature while proposing you. Even if he wants to approach to you for the very first time, his heart will be bumping inside, but he won’t show it you at all. But that doesn’t mean you pretend to ignore knowing this fact, and keep waiting till he initiates the talking. He would be overwhelmed and greatly pleased if you take the first step, and let him take all moves smoothly ahead!

He loves attention in social gatherings

Whenever you hang outside in any family or social gathering with your guy, do not walk steps away or mingle merely with your friends. Follow these guy things to do - hold his arm, and walk beside him, introducing him to all and praising him in every possible way. It will be a win-win situation for both you and your guy. Seeing this, your friends, family and relatives will feel as he is your sole-protector and makes you feel safe. Most of all, your guy will get an elevated manly feelings and feel as you value him most of all.

Posts Related to 9 Top Secret Things Guys Wish Girls Knew about Them Revealed That We Thought You Would Like: Staff Picked Interesting Articles Worth Reading

Once we start dating, and we want to get to know everything we can about relationships and what guys like, we usually start feeling a bit insecure because it is all new to us. That is why here we can finally figure out some of the great relationship-related mysteries, such as do guys like short girls, and what is it that guys like in a girl.

How to Understand Men: 8 Secrets about Men Finally Revealed

Does your latest boyfriend often leave you scratching your head? Sometimes it feels like men and women are from separate planets. If you understand the mind of a man you can close the gap on the gender difference and increase your success with men. The secrets of how to understand men have finally been revealed!

←Previous What Are Some Healthy Snacks? 9 Snack Foods Guys Love
How to Pick up Guys in a Bar? 5 Pickup Line Ideas for Men Next→