Home
Girls Talk
Why Don’t Guys Approach Me? 3 Reasons You Are Cute but Still Single

Why Don't Guys Approach Me? 3 Reasons You Are Cute but Still Single

If you are a strong personality woman, you have probably asked before something similar to "Am I intimidating?" if that is the case, don’t worry, here are some great tips on how to get a guy to approach you.

Why guys never approach me or you

When it comes to guys and their ability (‘slash’ courage, ‘slash’ strength) to decently approach a girl they find attractive or interesting, there is a lot to be said. As we have been able to see, probably a number of times throughout the course of our dating lives, guys do not always tend to behave as it is expected or logical when girls are around. And when approaching girls is in question, the situation can be even sillier. Due to their (absence of) initiative, we girls sometimes even put ourselves in the situation where we start questioning many things considering our physical appearance, behavior, opinions, habits, etc. 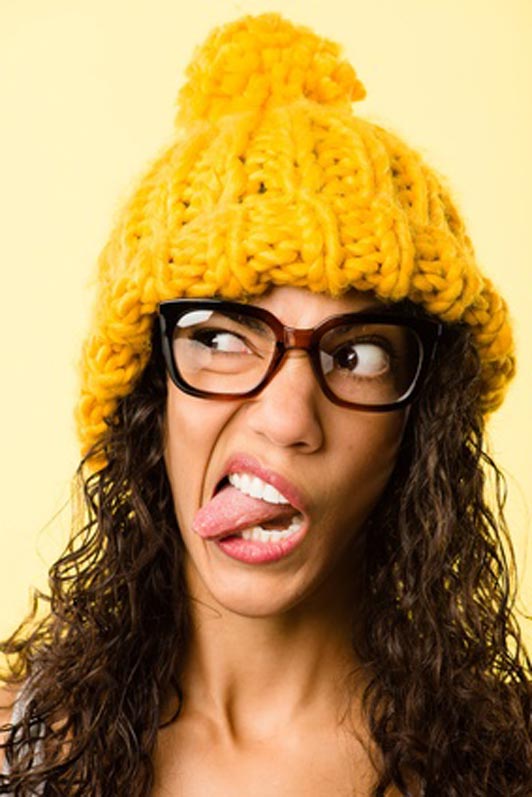 Okay, introspection is not a bad thing; it can help us learn more about ourselves. But, when it comes to guys not approaching us, it’s not always our fault. Or is it?

Am I Intimidating to Guys? If This Is the Question You Have Been Asking Yourself a Lot Lately, Here You Can Find out How to Get a Guy to Approach You Even If You Are One of Those Strong Personality Women

There is nothing wrong with being one of the strong personality women. We will, of course, always encourage a woman who is strong, independent, and willing to use her mind. But, guys are not always on the same page with us. That’s why we asked around a bit, and here are some of their reasons.

Living with the fact that we could actually say no.

For guys, being rejected can be quite intimidating apparently (as if we are not dealing with the same thing when they say no to us, sheesh!) and for the sake of staying away from such possibility, they would rather choose to not try anything at all.
I’m not being a hypocrite. Girls do the same thing, too. It can be a tricky subject. Nobody likes that feeling of being rejected, to be honest. But that most certainly does not mean that we should give up altogether. If that cute guy from the local store never gathers the courage to ask me out on a date in fear that I’ll just might say no, and I repeat the same thing (as if rejection isn’t enough I would have to face the dreadful fact that I should no more shop in that store) where will that bring us? Right, just about nowhere. But we both think that the other one is quite cute. So why are we doing that to ourselves? Fear of rejection. and if you, girls, ask yourself ‘Why don’t guys approach me?’ This just might be the answer.

You are TOO good-looking 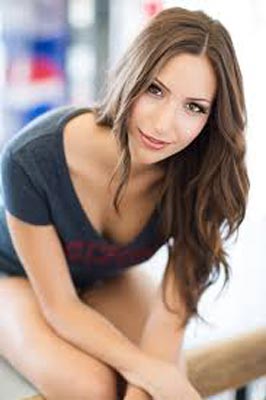 As much as it sounds flattering, it still annoys us.

Yes, the guys actually offered this as their answer to our question. Yes, you can actually ‘over-beauty’ it. Apparently, looking ‘too good to be true’ can intimidate them. This is, in a way, actually related to our previous point.
If there had ever been a tutorial on how to intimidate a guy, this must have been one of the steps covered. For guys with a bit lower self-esteem, it is really not a strange thing to not approach a girl if they think that she is too good-looking to date them. They may look at her from a distance, they may even fantasize about her, but they won’t approach her if they think she is ‘out of their league’.
Luckily, that is not something you can’t fix. If you’ve been wondering how to get a guy to approach you, here it is: make yourself more approachable. Of course, we do not suggest that you put a neon sign above your head. Little more smiling and a more outgoing approach can really do the work. If guys can see that you are open for interaction, and pleasant, they will have more courage to make a move and actually talk to you. 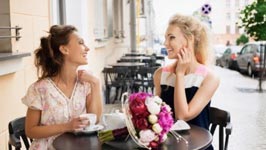 Avoid being overcrowded, let him see that there is a place for him in your surroundings.

If he is nervous when he is around you, what do you think it feels like for him when he wants to make a move and you are surrounded by a bunch of your friends, all laughing, chatting, and giggling at the same time. You are making things even harder on him.
If he really does like you, and he would like to make a move on you, give the guy a break and create a chance to make things happen. If you know he’ll be at his favourite coffee place during his break, go and pick up a latte on your own, or in company of a friend you know will disappear in the ladies room when needed. Encourage him with a subtle smile and in that way signal him that you are giving him a chance. If he doesn't get the signs, or he ignores them completely, he is obviously not interested and not willing to take the initiative. And that’s no problem. You know what to do next time.

A look from across the room

Later in a relationship, when we look back, we think of these looks from a distance and smiles in a coffee shop as the cutest part starting a relationship; when it was all new and unpredictable. But at the point when you stand all dressed up at your friend’s party and with no guy standing next to you, it can be quite frustrating. And it is often in that moment that a question such as: ‘Why don’t guys approach me?’ occurs in your mind. And the truth is that sometimes it can be our fault, but it can theirs as well. What is important is that there are ways to fix it, and those ways do not involve nuclear science, girls! If you find that ‘am I intimidating’ question is way too often in your head, do something about it; for example, tone down your language, ask him for a favor, etc. Don’t let your opportunity slip just because both of you are too shy to do something about it!

Posts Related to Why Don't Guys Approach Me? 3 Reasons You Are Cute but Still Single That We Thought You Would Like: Staff Picked Interesting Articles Worth Reading

Dating and relationships have ups and downs, just like they have their dos and don’ts. That is why they can be the cause of great happiness and trouble. But, that is no reason for staying single: give dating a chance and there it will most likely pay back. And if you have no idea where to start from, here you can read about some of the best places to meet guys. Meeting single men has never been easier.

←Previous How to Improve Your Relationship: 23 Ways to Do Better Instantly
10 Unbelievably Fun Things to Do Online That Won't Cost You a Dime Next→