Wondering what are the key things you should never say to your boyfriend? Keep reading for our best tips and tricks about the worst things to say to a guy. This will prevent you from creating chaos in your relationship and turn it into an oasis of love and happiness.

Words you should never-ever say out loud to your boyfriend

Women are known for talking a lot. Well, most of them anyways. But sometimes we say the wrong things and happen to kill his libido, and these particulars words can really damage a relationship. If you are wondering what not to tell your boyfriend, you are in the right place. Maybe you have already stepped off track and said some of these things, killing his libido; but it’s never too late to fix it. 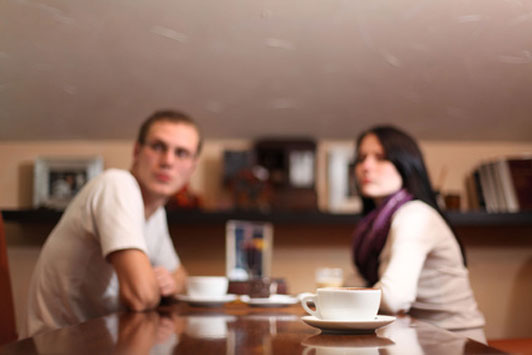 These are the worst things to say to a guy that will make you look foolish, annoying an unattractive and soon enough single. And we know you want to keep your prince charming.

8 Things Not to Say to a Guy Which If You Do Say, Will Make Him Run for the Hills and Disappear into the Night

You are probably wondering at this point in time, now, "What is the worst thing you can say to a guy?" Here are 8 ways to blackout a guy's libido.

Comparing his skills or looks with a guy you dumped

This is one of those things to never say to your boyfriend, no matter what. You might be thinking it, but for once, keep your mouth shut and lips sealed. Men don’t want to know what your ex-boyfriend did; neither do they want to be compared with him. It will just create unnecessary tension and make him doubt himself. He’ll start thinking ‘If I’m exactly like her ex-boyfriend, then why she is still with me? She’s going to dump me.’ You don’t want that. And think about it, would you like your ex blabbering about his hot ex-girlfriend all the time?

They are a bad influence, but you can’t choose his friends for him

You might think that his friends are a bad influence. That may be true in some cases, but your boyfriend is a full fledged adult, or at least a person who has his own brain and the freedom of choice. This is one of those things not to say to your boyfriend, because it will ruin your relationship, definitely. He’s not going to dump his friends, he’s going to dump you, for sure.

Oh, and I hate your family

They are annoying, and don’t like you either... But they are family

This is on of the forbidden things to say to your boyfriend. You are born into your family, and you can’t change that. You never know, he might not like your parents either, but at least you want him to put in an effort, or keep his mouth shut. It will hurt his feelings, no matter how macho he is. You don’t have to love them with all your heart, but you need to have respect for the people who raised him and made him the man he is today.

Do you think she’s hot?

She might be America’s top model, but don’t insist on hearing that

No man likes an insecure girl. They know you are not a super model, and they chose you for a reason. If a guy chooses a girl, that’s probably because he already thinks you are hot. But don’t test your boyfriend and draw his attention to the lush curves of other woman. If you were wondering what not to say you your boyfriend, then this is it.

My period is really bad today!

Put a lock down on those kind of confessions

You can have a deep spiritual and physical connection with your partner, but some things need not be said ever. Guys are aware of those days when we are in pain and struggle with cramps, but they don’t need to hear all the details. They are men, and they don’t understand it anyways. You’ve got your girl friends to complain to. That’s what friends are for.

You do it all the time

Whether you are a bragger or nagger, nobody likes it

Every person in this world has flaws. But one of the things not to say to your boyfriend ever is how he is constantly doing bad things. Yes, you get annoyed if he constantly leaves the toilet seat up, or forgets to pick up his socks from the floor. But don’t nag him with the sentence ’You do it all the time.’ It’s not going to make him change for the better, he’ll only get annoyed. Instead, try redirecting him with a pleasant smile and a joke, every time you want him to do something specific. It requires a lot of your patience, but it will be worth it in the long run.

When are you planning on marrying me?

Are we there yet? How about now? No?

One of the worst things to say to your boyfriend is this one. Not because you shouldn’t discuss a future together. Men don’t like to be pressured into anything. They don’t even like to be pressured into buying a shirt you like, let alone into something big like marriage. If he brings it up, than he is a keeper. But don’t go around nagging him every day about if you are the one. It will create a tension between the two of you, and maybe even distance him from you. You don’t need that, so avoid this question, especially in the beginning of a relationship.

Can I go with you to guys night out?

That means, no girls, just guys. He needs time apart from you sometimes, and that’s normal. Just like you want time with your girlfriends. You shouldn’t interfere and make him feel uncomfortable if he needs guy time once in a while. You should encourage your man to do things he enjoys, and soon enough he will feel content enough that he will choose time with you rather than with guys. You need to be wise, and sometimes invest in something that will pay off long-term.

Use your words wisely

Once you get the low down on the things not to say to your boyfriend, focus on positive ways to utter these phrases. You don’t have to stress over the little things, and there ways to solve your problems in a way that will offend neither of you. Just like those three little words ’I love you’ carry so much meaning, so can bad words. You only need those three beautiful words.

Posts Related to 8 Things Not to Say to Your Boyfriend to Kill His Libido That We Thought You Would Like: Staff Picked Interesting Articles Worth Reading

Being in a relationship requires work, and sometimes we forget the basic things, like what to say to our boyfriend to make him feel loved. It can be cute things, funny things, or even appreciative things. If you were wondering what those magical things are, keep on reading and you will find out our secrets!

I Need a Boyfriend! 6 Strategies to Find That Special Guy Right Now

Are you looking for a boyfriend? There are all kinds of men around you but they just don’t seem to be boyfriend material? The good news is that there are some strategies you could use to make sure you find the right guy. Read on and learn everything there is to know about finding the perfect man for yourself.