You saw your brother's girlfriend kissing another guy? You accidently walked in on your friend and saw bruises all over her arms and you still don't know what to do about it? Read here about subtle ways to break them up.

Is breaking up a relationship right and wrong?

No matter what our reasons for doing this are, it is still a tricky subject of whether are not it is okay to break them up if you think your friend may be stuck in a somewhat troubled relationship. It is always a tricky subject. Imagine, for example, that you find out that someone is trying to make your boyfriend and you break up. You would probably feel angry, disappointed, betrayed, and incredibly insecure; all at the same time. Do you still think that is a good idea? Of course not; but sometimes it seems inevitable. 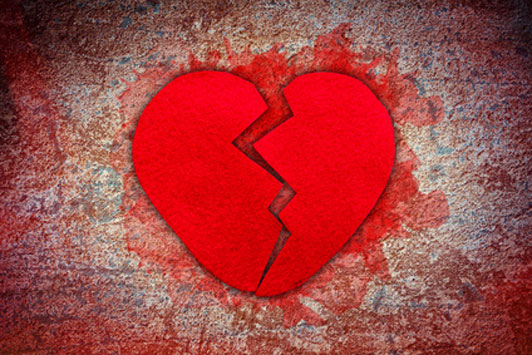 Sometimes it seems more morally correct to act, than stay passive when you know something is wrong. And it is about those exact situations that we will talk about this time.

When Someone You Care about Is All Messed up, Is It Okay If You Try to Break up a Relationship for Them; And How Can You Do It?

Here we won’t talk about the situations when you sort of really like some guy, but he is already dating some other girl, and you don’t simply know what to do to make him be single again. No, it is none of your business to ruin other peoples’ relationships for the sake of you getting what you want. There are endless reasons for why you shouldn’t ruin someone else’s happiness for your own sake. As I have already given an example, imagine the same thing being done to you! That’s not fair.

That is why today we will talk about what are you to do if you realize that your sister, brother, friend, or roommate is in a relationship that is wrong on so many levels, that everyone with common sense observing them can see that they are not supposed to be together. I’m talking about the cases when you find out that your sister is dating a drug addict that your roommate has an aggressive boyfriend, or you know for sure that your best bud’s girlfriend is cheating on him, that kind of situation. For those kinds of situation you need to know how to break up a couple. No matter how tricky it seems, sometimes it’s simply more morally right to break them up. And here is what you’re ought to do:

Check for the facts!

Remember to always check for the facts! You don’t want to rush into doing anything before you know what’s going on in the first place. Just because you heard a rumor it doesn’t have to mean that the rumor is true. Ask around, look for clues. If you heard that your friend is cheated on by her boyfriend, start a casual conversation about dating, and see if she’ll mention something about feeling neglected, or not spending enough time with her boyfriend. Listen to her carefully and don’t jump to conclusions! Once you make sure that the rumor is true, you can move on to action and break them up.

Keep it a secret

Try not to make a dozen people know about your plans

If you want someone to be apart, try not to make a dozen people know about your plans. Breaking up a relationship is something is something that, when heard about, can bring you a lot of trouble. If it is your friend whose relationship you want to break, and she finds out about your plan, she will not only lose confidence in you, she will might also stop hanging out with you. And you won’t be able to simply explain to her why she is not supposed to date someone. That is why, if you don’t want to lose your friend, you should keep all your plans a secret.

Every couple has their weaknesses; it’s up to you to decide how you will use them if you want to break them up. If, for example, your roommate’s girlfriend is a huge flirt and/or he is really jealous, invite her to a party you know there will be lots of other guys. Take your roommate out the room for a couple of minutes (tell him you need his help bringing in spare drinks, or serving the food, make up a situation) and when you come back, voila! It probably won’t be fatal right away, but he probably won’t be at ease with it.

Another thing is important here. Whatever you decide to do about it, don’t be too transparent about it. Do it in a subtle manner, be casual about it, because, once again, you need to keep it secret in order to make it work. And if they eventually really end up quarrelling and fighting over what happened, and your friend later wants to talk with you about it, don’t be all ‘I told you so’. Be there as a good listener, be someone to whom he or she can turn to when in need of comfort. Don’t express your opinions; rather let the other one express theirs. In that way, you’ll give your friend an opportunity to finally say out loud what is happening in her mind for some time, and realize that there actually is a problem.

Help in finding an alternative

Help her see that there is a way out

Once your friend realizes that there is a trouble, she will start looking for possible solutions, whether she admits it or not. That’s why you should help her see that there is always a way out. Introduce her to your lab partner who is a really nice guy, invite your cousin she finds very charming to a lunch, tell her about how your classmate had a similar problem with her ex, and how she got through it. But again, keep it casual and don’t rub it on her nose. Rather let her get used to the idea and see what happens next.

Are you doing the right thing by breaking them up?

No matter what happens next, always be there to help. If you think someone is in a difficult position enough that they shouldn’t be dating whom they are dating at the moment, don’t let them deal with it on they own. What I mean, they should come to the conclusion and make a decision on their own, but you should always be there to support them while they are going through a rough patch. Every person upon realizing that they have been in an unhealthy relationship needs a support and someone to turn to when it gets too hard. When that moment comes, be there, and once crazy idea of breaking up a relationship will seem completely normal and morally correct.

Posts Related to How to Break up a Couple If a Friend Is in a Troubled Relationship That We Thought You Would Like: Staff Picked Interesting Articles Worth Reading

We are very well aware of the fact that not every relationship is entitled to a happy ending. The question is: how should you know when is the right time to put an end to one. Breaking up is a sore point for most of us, but when it needs to be done, there is no way around it. It is up to you to see if your reason is one of the good reasons to break up.