Home
Girls Talk
Falling out of Love and Coping: 6 Tips on How to Stop Loving Someone

Falling out of Love and Coping: 6 Tips on How to Stop Loving Someone

How to Stop Loving Someone and Move on with Your Life

Everyone will admit that no matter what, ending a relationship is never easy. You might have thought the relationship was going great but deep down you could feel as if something is missing. If you have reached the point where you are asking how can I stop loving someone then you are definitely at the ending point of your relationship. Even if the decision is mutual, there can still exist a number of mixed feelings. 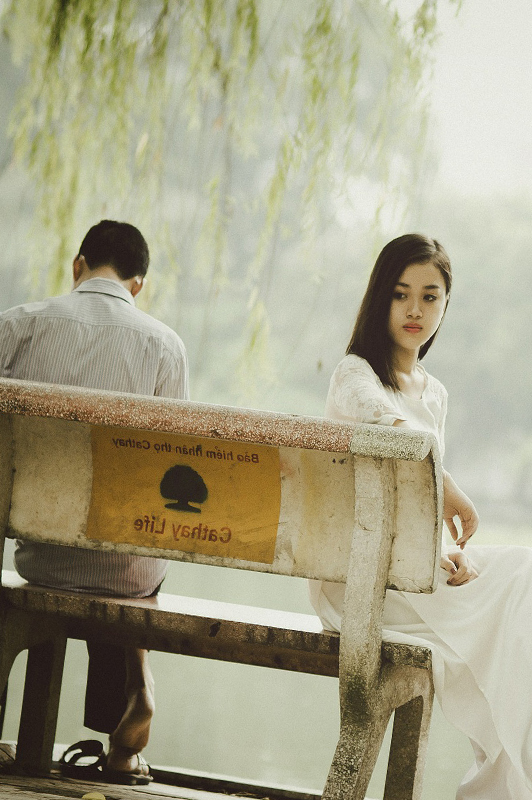 Falling out of love can mean that one or even both persons in a relationship can begin to feel guilty about wanting out, and regret either having lost precious time on a relationship that didn’t really work out or not taking time or initiative to work on it a little bit longer. But falling out of love and coping with it means reaching a completely new level of maturity, and yes: it is possible

Really, How Do You Know When You Stop Loving Someone? Falling out of Love Is Coming to Terms with the Fact That You Are No Longer Together Is Actually Something You Can Do

What most of us actually fight during the entire process of ending a relationship and moving on with our lives without that person next to us is the feeling of insecurity. It’s not all about the unpleasantness which comes with awkward conversations with our other half, but that feeling of being alone that is waiting us once we finish talking. However, we should know that the feeling of finally being alone can be quite healthy, if what we are ending is an unhealthy relationship.

Make sure that your decision is final

Before you even begin to think about how to stop dating someone ensure that the decision you have made is final. This means that you will have to evaluate your relationship and see if there is anything you might have overlooked that could help saving it. 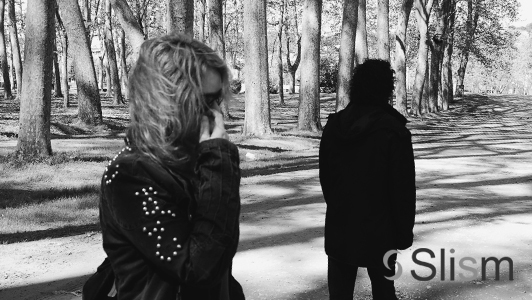 Many times people jump the gun and end a relationship just because they are seeing some problems occurring. Many times they end up having lots of regret, realizing that every relationship has problems and they could have easily solved theirs with little effort. Rethinking the decision and getting more time to decide is always the best thing to do. If you have decided that the relationship has crumbled, formulating the next best step is the first decision to make.

Talk to him about your decision

So you might be asking “how do I stop loving someone when I have already put so much time, effort, and hope in it?” It’s not actually a positive thing if you look at your relationship as only an investment, however, many people actually do so. And when it ends, all they can think about is the time they have spent that now seems almost wasted. 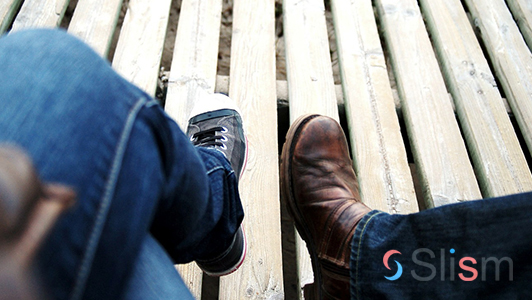 Contrary to what so many people think, not every relationship necessarily ends in turmoil. The way you communicated with him while everything in your relationship was fine shouldn’t change now. A breakup can actually look like a conversation when both of you are willing to communicate. Tell him exactly how you feel and why did you made this decision. Here you have to make sure not to point fingers at anyone. Knowing how to stop dating is one thing, knowing how to do it the correctly is another, and it will not only make it easy for you but also for your partner.

Understand that not all relationships end in forever

We all understand how difficult ending a relationship is. I mean, how can you stop loving someone when you honestly believed all along that it would have lasted forever? That is what people in a relationship usually have hard time coming to terms with. 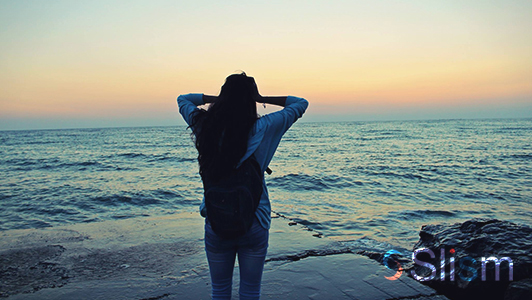 Moreover, though it is hard to admit, not all relationships were meant to be. This is why it is so important to date before deciding whether you’d make a decent couple. The reason why most people date before moving into a relationship is to see in which direction should they move. Dating a guy will give you an idea of what you are looking for in a guy before getting into something more serious, and you will also have an opportunity to see if your date has precisely that. Sadly, even after the dating phase has been over, and a relationship has been formulated, you might begin to realize that the two of you are not really a match made in heaven as you have originally believed. But at least you’ll know that you gave it a try.

Understand that nobody really decides to stop loving someone

You might be down and out about your broken relationship and trying to make sense of why it has to end. One thing to avoid is feeling guilty, especially if you truly believe that you have done all you can and have come to terms with the fact that it wasn’t meant to be. 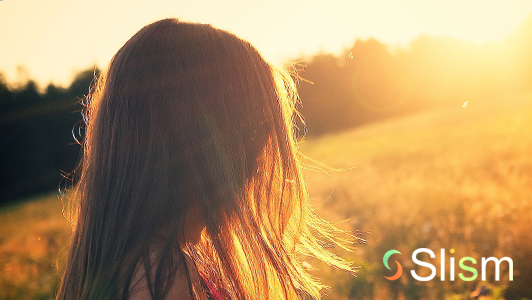 For start, it makes no sense to be thinking “How do you stop loving someone when you both had so much going while you were together?” There is no ‘falling out of love’ button one can turn off once they decide that they will stop loving someone. Most couples at first think that they have fallen out of love because they might be having some down time. They then later realized that love never really existed between them and in fact what they actually had was infatuation.

Stop loving does not mean you start hating

Relationships do go sour sometimes. Is it really necessary though? You can easily learn how to stop loving someone without going in the opposite direction and start hating them. Disliking someone just because you realize that the relationship is no longer working is really unnecessary. 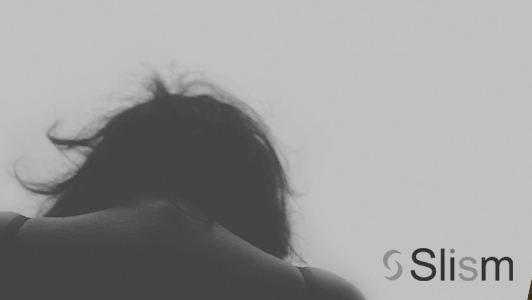 Many people get vindictive when they have just ended their relationship as a means of cushioning the blow of pain that they might be feeling because the relationship had ended. Many relationships have ended when a couple realized that the relationship was not meant to be so they move on with their individual lives.

Ready for the final of our 6 tips on how to stop loving someone?

Accept your decision and move on

Relationships do go sour sometimes. Is it really necessary though? How do you know when you stop loving someone? What are the signs? How does it feel? These are the question that goes through your mind when you find that the relationship you are in has finally run its course. 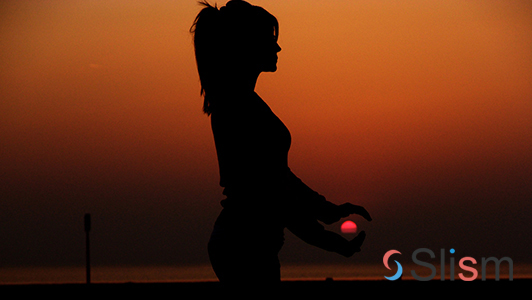 One thing to note when you believe that the relationship is over is that the one true sign that you no longer love someone is when you keep asking questions about ending the relationship. Some relationships paved the way for better prospects, others are simply a meant to go the wrong way. That doesn’t mean you should be in despair. The end of a relationship can easily be viewed as a start of something better.

Posts Related to Falling out of Love and Coping: 6 Tips on How to Stop Loving Someone That We Thought You Would Like: Staff Picked Interesting Articles Worth Reading

How to Stop? 5 Tips to Help You Stop Obsessing over a Guy

You like him, but he does not seem to respond to your feelings, so you find yourself spending most of your time obsessing about him. If this is the story of your life, it is probably the high time to slow down and ask yourself if this is the way you want your life to be? If the answer to this question is “no”, we can afford you with some useful tools that will help you stop obsessing over a guy.

How to Show Affection to Your Boyfriend with 6 Loving Tips

Some people know by instinct how to show love and affection, while others have to be looking for tips. If this is take case, make sure you take a look at the list of tips we have come up with and implement them the next time you hang out with your boyfriend. You can be sure he will love the change and so will you.

Love and Weight Loss: How to fall in Love to Lose Weight

Hormones are a daily part of a women’s life. When you are not dealing with you period, what’s left is trying to balance your hormone on a diet. What happens when you fall in love?

How to Fall in Love Again: Get Back on the Love Horse

If you are looking for ways how to fall in love again, take a look at this article. It will give you a few guidelines on the best way to go about this, with some advice and warning. For example, you will get a pretty concise explanation why you should not try to force yourself to fall in love, and when is good time to step outside your comfort zone. Grave wisdom over here, come and get it!

Your have gone out with him twice and now you are unsure whether you want to go the third date or not. This article is all about giving third date tips to women. Read it and you will find your answer.