Finding inexpensive gift ideas, especially for your boyfriend, isn’t as easy as you might think. Although you’d like to get them the most expensive and most special gift, you should just find something they like, even if it isn’t expensive.

Gift Ideas for Boyfriend If You’re on a Budget

In case you are looking for inexpensive gift ideas, it is important to remember that inexpensive doesn’t necessarily mean cheap. In case you are on a tight budget, it might be a good idea to be thinking about gifts that you can create on your own. This way the gift will become more special because you had to work with it. 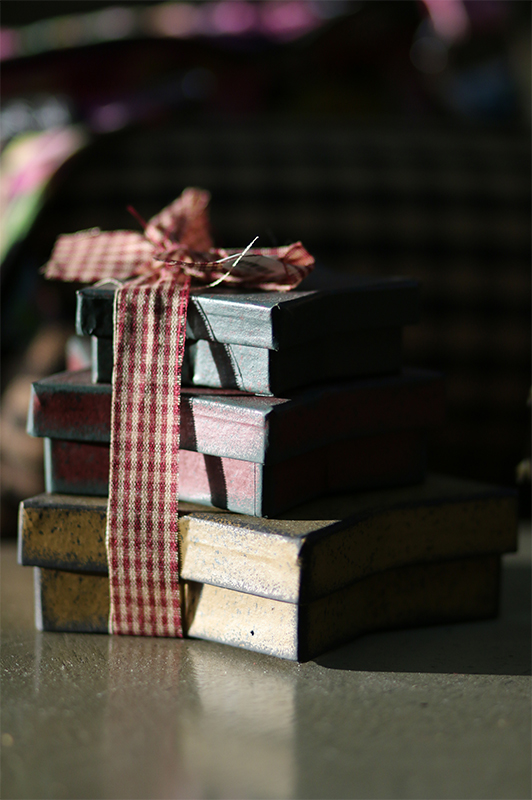 On the other hand, you won’t have any expenses except for the materials that you use. For sure your boyfriend would like a new Rolex watch, but they would appreciate just as much something you did as a DIY project especially at the beginning of your relationship.That is why we've made a list of 8 easily affordable gifts that are simply perfect.

A List of Inexpensive Gift Ideas for Him that Won’t Break the Bank, But Won’t Look Cheap Either for Special Occasions

Who cares if you get him something cheap if he likes it? Looking cheap need not be one of your worries, but saving money on gifts should be. Here is how to get him what he wants without breaking the bank.

One of the best gift ideas for boyfriend is to make them a special photo frame. In case you have been together for some time now, for sure you have some pictures together. Print them out and find (or make) a wooden frame, as simple as you can. 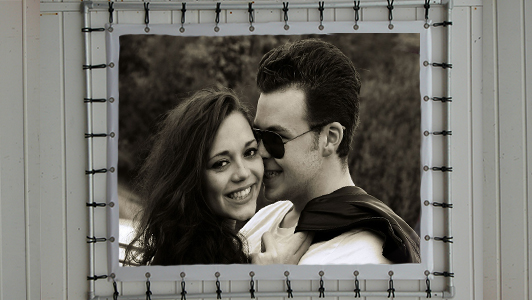 You could give coupons

There are numerous gift ideas for him that you could be thinking about and one of the cheapest is to give coupons or vouchers. Basically, you don’t need any money for this gift. You could make some coupons for backrubs, hugs, kisses, or even breakfast in bed. 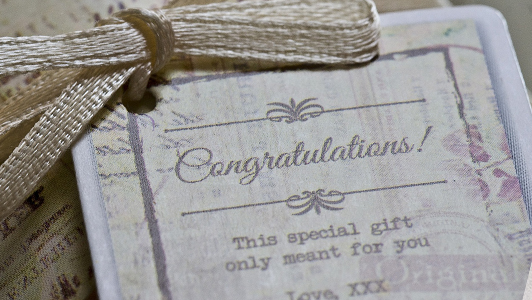 In order to make the whole thing look more official, you could make the coupons on your computer and print them out. Think of these as “I owe you” cards that your boyfriend can redeem anytime they’d like. Just think about what he likes. As an example, you could make a coupon for a homemade dinner that he’d appreciate.

In case you have some massage skills, you could be thinking about this one of the cheap gift ideas. Men are often reluctant when it comes to pampering, but once you get started, they’ll wish you never stopped. Think about massages with aromatic oils, peppermint foot scrub, and home pedicure. 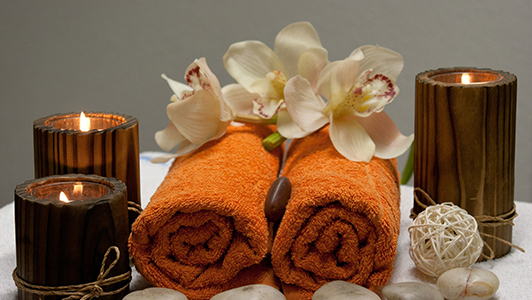 If he doesn’t mind, you could also apply a face mask. Just make sure that the products you use don’t have a girlie smell (most men don’t like to smell like fruits and flowers). Naturally this idea only works if you already have the products you are going to use and you don’t have to spend any money on them.

When looking for things guys like for sure you will be able to come up with a few. If you’d like the gift to have a funny side too, think about offering a work survival kit. Pack him his favorite coffee, some homemade muffins or cookies and a pocket joke book. 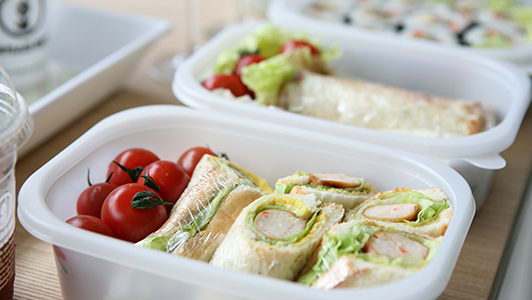 If you have some money left in your budget, you could also order him and his colleagues some pizza that they like. (The truth is that guys like to show off with their girlfriends and such an occasion will leave their colleagues amazed). After work you should surprise him with a picnic in your living room. Prepare some sandwiches and some dessert. You can be sure that it will be a day he won’t forget.

In your search for unique gift ideas it is impossible not to come over the exploding love box. This is something you can make at home and it won’t cost you a dime. You just need some pictures with the two of you, some cardboard paper, scissors, glue and markers. 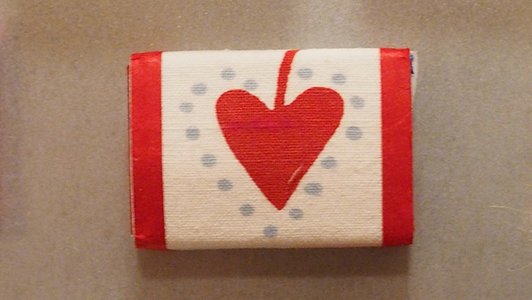 Basically you will make a box with several slides inside that flip out when he opens the box. Glue the pictures on the slides and make love notes on them. The best thing about the gift is that it is two surprises in one. He will be surprised when he opens the box and the slides flip out and he will be surprised to read your notes. This is something that will keep him busy for a while.

Take him to the movies

It is time for the movies to be your treat. One of the things guys want is to see their favorite movie with their girlfriend. Make sure that you are prepared and buy some candy, popcorn, soda and everything else you think they might like. 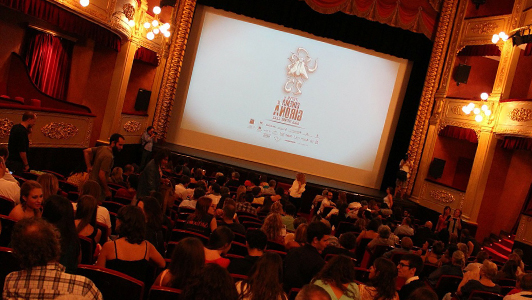 You should also let him pick the movie (just this once) and don’t say anything about how violent or how many cars it has. Who knows? You might even enjoy it. Even if action movies aren’t your favorite genre, you will love spending time with him and he will really appreciate that you’re doing this for him.

You could go skating

Although you might think that this isn’t really one of the romantic gift ideas, most probably they didn’t go skating for ages. It will remind him of his childhood (that he will automatically link it to you). The best thing about skating is that it’s not expensive, especially if you bring your own skates. Of course there is also the possibility of renting them, but that would cost you. 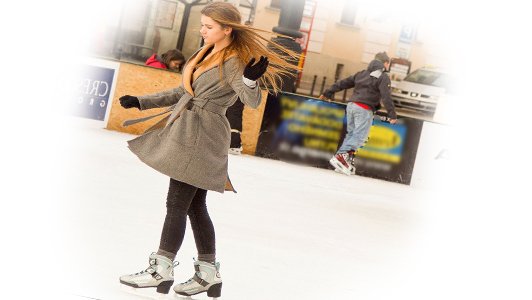 In case you’re looking for small gift ideas, you may be thinking about sweets. Get a wooden chest from the local hobby shop and fill it with all the sweets he likes, such as Hershey’s Treasures that look like small gold bricks. The best thing about it is that it is a gift he can share with you. 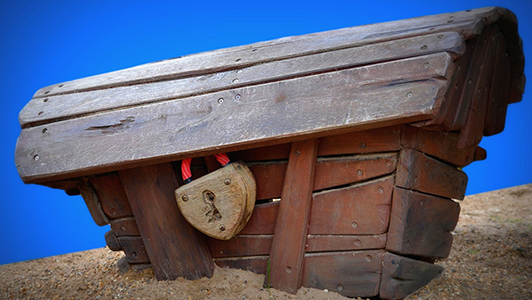 There are so many boyfriend gift ideas to choose from that it might become difficult to make a decision. However, you will be together for a long time, so you can give him as many gifts as you’d like.

Posts Related to 8 Easily Affordable Gifts: Perfect Inexpensive Gift Ideas for Him That We Thought You Would Like: Staff Picked Interesting Articles Worth Reading

If you are shopping around for ideas on what to get your boyfriend for his birthday or for Valentine’s Day, you can find ideas on how to make his day really special by taking steps to ensure that you will get the perfect gift that he will absolutely love. For this you will have to take his personality into consideration.

Giving gifts is in many cases considered a social norm, and we, as social personas, need to oblige that. But that is not always easy, and we often find ourselves lost. Some of us have no idea where to find green gifts for their tree hugger friends, and some of us are lost when wedding gifts are in question. But there is a solution to such problems.

Being in a relationship is amazing. You can have ups and downs, but those beautiful moments are always cherished and long remembered. Especially your anniversary or your boyfriend’s birthday. If you are puzzled by the lack of ideas for gifts, don’t struggle. Don’t get stuck in a rut and read this article if you need some help. Those great gifts ideas for a boyfriend are just a few minutes away.

Shopping for other people is a task that not many of us find tricky, no matter how much we enjoy shopping. Finding the right birthday present can be daunting, to say the least, but here are some of the birthday gift ideas you’re sure to find attractive, or that can at least point you in the right direction when it comes to finding a birthday present for your boyfriend.

←Previous 8 Ways to Say Thank You: Gifts That Will Surely Show You Care
Valentine Date Ideas and Tips to Twist His Mind This Year Next→