A lot of people say that cats are better, but they have no scientific proof. Now science came to back up these claims, providing evidence showing that cats do have some advantages when compared to dogs.

Cats Are Better than Dogs: True or False?

In case you are wondering why cats are better than dogs, you should know that there are numerous reasons to make you get a cat as a pet instead of a dog. While some of the reasons to buy a cat might be subjective, there is also some scientific evidence, showing that cats are better companions than dogs. However, there isn’t enough evidence to persuade you to buy a cat if you happen to be allergic to them (even though there are some breeds that don’t have fur to make you sneeze). Take a look at the reasons we have found to help you make your mind up. 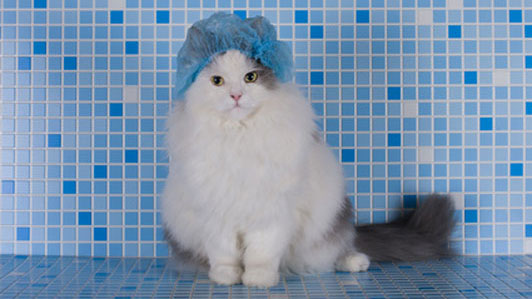 A lot of people think that dogs are more athletic and more energetic than cats. However, if you look up some information about cats, you will see that they can be really athletic sometimes. After all, you have to ask yourself whether you want a pet or an athlete in the house.

The truth is that seeing a cat dance is fairly rare, but when they do dance, they do it so magnificently. Naturally they also need some help from their masters, but they seem to be natural talents.

When it comes to bravery, cats are unconquerable. Cats are better than dogs because sometimes they aren’t aware of their size and they take on dogs much bigger than themselves. So what is this if not bravery?

Cats seem to tackle problems and puzzles with more ease than dogs. For instance, they understand the concept of a door and they also know that if something in under the cupboard, it had to get there somehow so there is also some possibility to get it out.

You might think that there isn’t much a cat could do. Nonetheless, cats are better than dogs because they can pick up your mood. They always know when you are down and they will come and comfort you.

If you are living in an apartment building and your neighbors happen to have dogs, for sure you know how annoying it is to listen to them barking all night. This is something that just doesn’t happen if you get a cat.

So, why are cats better than dogs? Which are the best reasons for you to get a cat if you would like to have a new pet?

1. Cats are more athletic even though they don’t show off

You may be asking why dogs are better than cats, especially since cats seem to be more athletic. The truth is that sometimes they might seem lazy, but you should just wait for them to see something edible (like a bird or a flying bug). Then you will truly understand just how athletic a cat can be. The same goes for playing with them. They can catch a ball faster than any dog and they also have better paw-eye coordination. This means that they are better at grabbing things.

Another reason for which cats are better than dogs is that cats don’t really chew on their toys. As a result you won’t have to worry about having to replace the toys very often. Nonetheless, we also have to add that in some cases they might pull the strings out. Luckily, most cat toys aren’t made of yarn anymore.

Although this might not be the most important reason for which you will get a cat, when you are gathering information about cats you might find that they are graceful dancers. They don’t show off their talent very often, but when they get the chance, they will amaze you. This is mostly because of their bone structure. They can stretch their legs so that they will be in a straight line with their body. What is that if not perfect? It is something a dog will never be able to do.

Did you ever see a small cat hitting a huge dog over the nose? The dog could have eaten them, but they still had the courage to defend themselves. This is one of the reasons for which cats are better than dogs. Although they walk more slowly when they are in a new setting, that doesn’t mean that they are afraid. It only means that cats prefer to get to know their surroundings better so that they can assess correctly the dangers that might be lurking around.

It is a known fact that cats are rather territorial, which means that they don’t like having new animals around. They are willing to protect their territory no matter what. For this they will fight and this is why cats are better pets. They won’t let just any animal come to your backyard and do whatever they please. 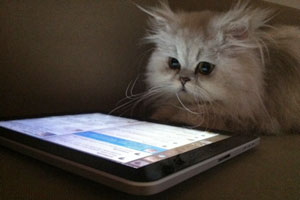 Have you ever seen a dog who got puzzled by his toy going under the cupboard? Some animals just can’t grasp the notion of consistency. When it comes to why are cats better than dogs, for sure you know that, instead of waiting for someone to help them, cats will try to solve the problem on their own. As a matter of fact, if their toy goes under the cupboard, they might go to the other room to check whether or not the toy rolled out on the other side. This might seem silly to you, but it does make sense if you come to think of it.

Another interesting fact is that if a cat gets locked up, they can do a better job getting out. As a matter of fact, are cats better than dogs when they are locked up in a cage with a latch. They have a basic understanding of how the latch works and they will try until they succeed getting out.

5. Cats are helpers – especially with the sick

For sure you have heard stories about cats keeping their sick masters company. Cats are better than dogs because some people believe that they can even find the source of some illnesses. Even though doctors might say that this is only because they find the hottest part of the body, owners truly believe that their cat helped make the right diagnosis. In the same time cats help people recover faster. This is because it is really soothing to hear the purring of a cat right beside you. Their rhythmic breathing and purring help sick people relax, speeding up their recovery.

Another one of the reasons cats are better than dogs is that cats make it easier for you to relax after a hard day at work. All you have to do is to sit on the sofa and let the cat crawl into your lap. Seeing how peaceful they are will relax you instantly. As a matter of fact, doctors say that people with stressful jobs should get a cat because relaxing with them will protect them against heart conditions.

6. Cats are quieter – no barking

Having a neighbor with a dog is never easy whereas a neighbor with a cat is no problem. This is because dogs just love to bark even when they have no specific reason to. This sure is proof that cats are better than dogs. If you have a landlord, for sure they would prefer you getting a cat instead of a dog. It’s not only about the noise they make when barking, but they are also noisier in the house as they often knock things over. Cats move more gracefully around the house so you can’t even hear they are there.

Another problem landlords have with dogs is having them knock elderly people and children over in the hallway. You don’t want your neighbors to be upset with your pet as it doesn’t do any good to anybody. However, if you happen to have your own house with a large back yard, there is no reason for you not to get both a cat and a dog and you won’t even have to choose between them.

A lot of people say that cats are better pets than dogs and this is partly because they are smaller and more independent. You don’t constantly have to groom them or play with them to keep them happy. Cats are great at entertaining themselves and they can also look out for themselves. If you don’t have a lot of free time, getting a cat is the best way to go.

Posts Related to 6 Science-Backed Reasons Why Cats Are Better than Dogs as Pets That We Thought You Would Like: Staff Picked Interesting Articles Worth Reading

We live in a stressful world. We are being judged at every corner and things outside of our control are causing us mental distress. But fear not! General anxiety disorder is a mental condition that can be fixed. Whether you have the occasional anxiety or just full-on panic attacks, there are simple and effective measures to manage your condition.

Buy a Cat: 9 Reasons You Need Some Extra Cuteness in Your Life

We are very well aware of the fact that not every relationship is entitled to a happy ending. The question is: how should you know when is the right time to put an end to one. Breaking up is a sore point for most of us, but when it needs to be done, there is no way around it. It is up to you to see if your reason is one of the good reasons to break up.

←Previous First Boyfriend? 9 Tips to Make It the Best Possible
6 Signs that You are Dating a Control Freak and How to Cope Next→