Throughout our dating lives we have heard many bad reasons to break up. Oh course, they do not make breaking up any easier for us. But you can change that. If you are not happy with your relationship, but you cannot really put your finger on what is actually wrong, here are some reasons to break up that could give you a clue.

End It If You Do Not like It: Good Reasons to Break Up

The key for a successful relationship is being able to compromise with your partner. As each of us is a person with his or her own views, believes, and needs, reaching a compromise is not exactly always a piece of cake, and sometimes it requires quite a lot of patience. When such situations occur that you simply find it hard to come to a solution that fits both of you, there are not really many possible scenarios that can follow. Either you get into a huge argument, which can lead to who knows what later; or someone eventually decides it's not worth the fuss and lets the other have it his way. 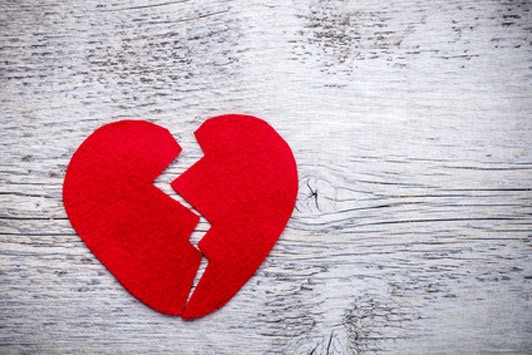 Even though that can actually sound reasonable, we may want to ask ourselves where should we put the limit in letting other people have it their way. What amount of patience, tolerance, or stubbornness is considered normal in a relationship? And what are good reasons to break up?

You Do Everything You Can to Make the Relationship Work but You Think It Is Time to Draw a Line? When Breaking up Is Concerned, Here Are Some Good Reasons to Break up And Get It over with

Do not put up with him any longer! Here are 5 good reasons to break up if you are not happy. 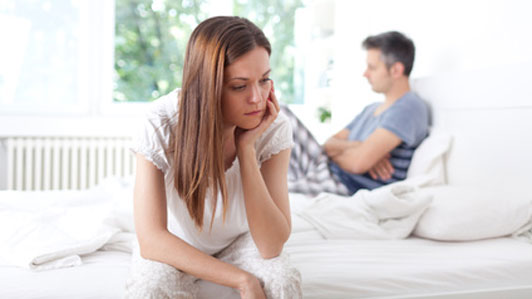 Do not let him be disrespectful to you, because you don't deserve to be treated that way.

Really, we are pretty confused with the fact that so many girls are willing to deal with guys who do not respect them. If you ask us, that is completely unacceptable! For a relationship to be considered healthy and successful, there has to be a certain level of respect present on both sides. If that is not the case with you and your boyfriend, and you feel that you are being neglected, or that your opinion doesn't mean much to him, be sure that things aren't looking right. If you've already tried changing something about that, but it didn't work, be sure that you are definitely facing one of the breakup reasons.

2. The Your Ex Factor 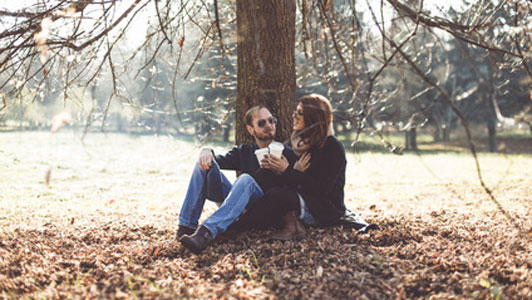 If your heart is still set on your ex, fixing up with a new guy will hardly do any work.

Maybe you thought you were over him, or maybe you thought that spending more time with someone new would help you get over him faster, either way, the chances are it's not working, as you can see. Yes, spending time with other people can help you get over a breakup, but dating other guys just for the sake of dating, isn't always that naive. If after months since you've started dating, you still can't keep your ex out of your mind or out of your life (you are still seeing him, or worse), you should take that as one of the good reasons to break up, as it is clear that you are still not moving on. Getting pretty involved in a new relationship while you're still not over the last once can get you into a very complicated, and certainly not pleasant position.
The same goes if at one point you realize that your boyfriend is still not over his girlfriend. Do you want to be a patch over his wound, until he decides whether he is ready to move on? Well, probably no. Of course, we are not saying that you shouldn't try and work on that problem, but if nothing gets to him, you know what you are to do. 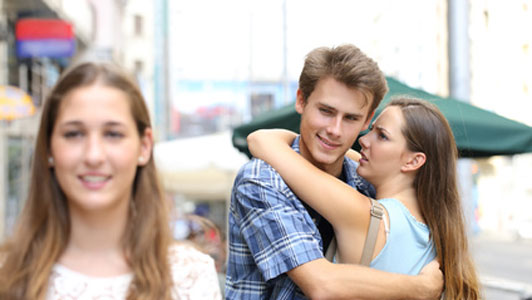 Cheating is not an answer, and neither is going through relationship knowing that your partner is cheating.

This reason for breaking up is closely related to the previous one. Don't lie to yourself. If he cheated on you once, he'll do it again, no matter how many promises he gives. If he planned on being faithful to you, he wouldn't have done it in the first place. Cheating is not something that happens by accident. Maybe a person doesn't want to admit to himself (or herself, for that matter, as it is something that can happen to us, too), but that though must have, at some point, crossed his mind. And it probably will cross again. And do you want to still be there when that happens? Trust us, if a guy is prone to cheating, making him change is easier said than done. 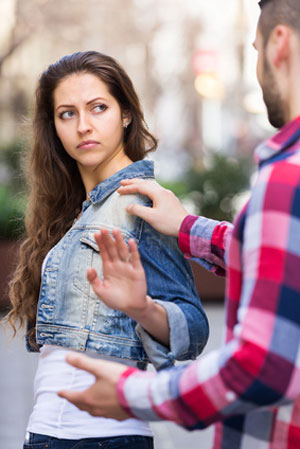 Make your own decisions. No one should do your job.

Refusing to give up on a boyfriend whose main ambition in life is to become the center of yours is another horrible decision when it comes to relationships. Just like boyfriends who do not respect you, the guys who think they shouldn't entitle you to you having your privacy and having company of other people around should not be tolerated. And we do mean it. If he is not reasonable and mature enough to respect your friends and your relationship with them, you really shouldn't delay your break up. Advice like this may seem harsh, but imagine this: you give up on seeing your friends and your acquaintances because of your boyfriend. Then after several months he breaks up with you for some reason. And once he's gone you'd be left with no friends nor boyfriend. Not so naive no, eh? That's why we listed this as one of our main reasons to break up. 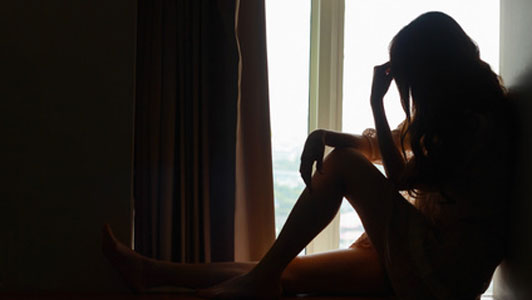 If there is something like bad reasons to break up, this is surely not one of them. Violence is not something that can simply be excused. And it most certainly isn't something you should tolerate if you are not willing to break up. Reasons for violence in a relationship are simply never good enough to force you to stay and keep up with a violent boyfriend. If it has happened once, it is going to happen again, and just acting like nothing happened isn't going to help you solve the problem.
As most of the topics we have mentioned here are not pleasant, and as, generally, having to break up with someone isn't a pleasant thing to do on its own, your reluctance is understandable. However, it is not excusable. Choosing to stay in an unhealthy relationship simply because you are not determined enough to break up can be considered quite immature. That is why, if you have recognized yourself in any of these reasons to break up, please, do yourself a favor and do so. And remember that it is always better to be in a healthy relationship with yourself than in an unhealthy relationship with someone else.

Posts Related to 5 Really-Good Reasons to Break up with Him If You Are Not Happy That We Thought You Would Like: Staff Picked Interesting Articles Worth Reading

When to Break Up: 6 Signs that it’s Time to End it With Your Boyfriend

Relationship breakup advice is never easy to give. However, there are some guidelines you should follow to make sure that you are doing the right thing. We have compiled a list of such guidelines that will help you reach a decision regarding what you would like to do with your relationship — end it or go on with it.

In this article you can find out how to help to those who are important to you to realize and get out of a relationship that is unhealthy for them and makes them miserable. Breaking up a couple is not always an easy thing to do, one has to be very patient and subtle in doing so, but if it is for the sake of those you love, it is completely worth it.

←Previous How to Be Awkward on a Date: A Living Socially Awkward Penguin
How to Be Happy Single: 8 Things You Can to Make Yourself Happier Next→