6 Traditional Gender Roles: Are They Good for Modern Relationships?

The traditional gender roles are widely accepted and they are even considered an unwritten law. Nonetheless, more and more people try to break away from gender stereotyping and they decide to take matters into their own hands.

Although you may be totally against gender stereotyping, you could still be affected by it from time to time. If you found out that a friend of yours is expecting a baby and it is a boy, would you buy blue clothes for him? Who says that boys must have blue clothes? This is one of the most common stereotypes. In the same time a lot of people think that it is the man who should ask a woman out on a date. But why shouldn’t you be looking for tips for asking a guy out? Most people are open-minded in our days and they don’t care about the traditional stereotypes anymore. 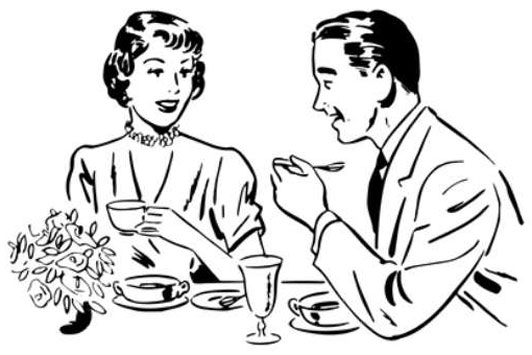 Traditionally speaking, it was the man who had to ensure the financial safety and stability of the family. However, the gender roles have somewhat shifted in the modern era as more and more women build themselves a career and they fulfill the financial needs of their families.

Men just have to be in control, right? Again, this is gender stereotyping. In the past it may have worked for everything to be controlled by men, but in our days women are just as efficient when it comes to handling problems as men.

In the past it has been normal for the man to be the dominant party in a relationship. Since then women have emancipated and have found the strength to be the leaders of their family. As a matter of fact, in many cases women seem to make better decisions than men.

You may have heard it many times that the place of a woman is in the kitchen. They are supposed to care for the children, their husband, and for the household without worrying about any of the financial aspects.

Like it or not, there will always be some gender differences. Girls develop at a younger age, while men will always be more physically fit. In the same time boys are more prone to developmental disorders, such as ADHD and speech defects.

So, which are the traditional gender roles and how do they affect your relationship? Is there anything you have to keep an eye out for?

1. The breadwinner and the provider of the family

For sure you have heard that the man is supposed to bring the money home. He has to work for their family while the woman is supposed to stay home. However, the gender roles have changed in the moment when women started working and building a career for themselves. They can make just as much money or even more than their partners. Although this is something that men should be happy about, in some cases it could cause trouble in the family. As the breadwinner, men had a certain status in the family and in society and this has been taken from them.

The women role in society has changed as well and many of them are more focused on their career than on raising a family. This is something that some men find difficult to accept. They may also feel threatened by a woman who makes more money than them. This is because they might feel like their manliness is taken from them. If you notice problems of this kind in your relationship, make sure to discuss them with your partner.

2. Controls the relationship and everything else

When thinking about traditional gender roles in marriage, for sure you have heard the expression “the head of the family”. Since men have been the head of the family, they had the power to make all the decisions and control the relationship. Traditionally women’s role has been a more submissive one. Nowadays, however, the situation has shifted and it is common for women to make some of the decisions, especially when it comes to money. Nonetheless, in order to have a balanced relationship, it is best for the decisions to be made by both partners.

Again, since this is a role that has been taken by men, in some cases they might not agree with the woman having a word to say in the relationship. Like it or not, women are demanding a change in the women role and they are willing to take more responsibility. If you are an independent person, most probably you can’t accept other people making decisions for you and this might lead to arguments in your relationship.

3. Dominance over the relationship

This one of the examples of traditional gender roles is closely related to the man being in control of the relationship. As it has been mentioned before, in the past the man has been the dominant party in the relationship while the woman has been the submissive one. While the same structure might be found in numerous relationships, more and more women get fed up with this woman role. They leave their old relationships behind in search for a new one in which they would be an equal party.

As open minded as they might be, some men still have some episodes when they think they should be the dominant party. This usually leads to arguments as women don’t want to give up their new found power. The best thing you could do is to talk things through and reach a compromise. You should give up some of your dominance and so should he.

4. The nurturer of the family

Most probably your grandmother or great-grandmother has been a stay at home mom. She took care of the children, looked after the household, and took care of her husband. Although this can be a rewarding role, most modern women wish to shift away from these traditional gender roles in America and they want to have a more active life from a professional point of view. This is why it is common for women not to have children so they can focus on their career. The more traditional people might judge these women, but let’s not forget it’s their life.

If you come to think of it, it is not fair for the woman to care for the family alone. If she has a career, just like her husband, it would be only fair for the two of them to share the chores. However, the truth is that most men feel like it’s not their duty to do household chores and this could lead to numerous arguments. Women might feel like they are working two shifts to perform at their job and to keep their home clean.

5. Masculinity and feminitity – all the traditional aspects

There are numerous gender issues in society and one of the most common one is what the two genders should look like. People expect women to have long hair, feminine traits, and wear dresses or skirts. On the other hand men are supposed to have short hair and wear trousers. But what happens when the two worlds collide? What if women wear pants and men have long hair? While such an idea has been considered preposterous in the past, luckily in our days these are accepted.

Still, there are some men who consider their female ideal a woman having long hair and wearing dresses with heels. While there are some women who feel comfortable that way, it isn’t fair to expect it from all women. This one of the stereotypes of gender is meant to limit personal development as people can’t express their personality through their looks.

6. Gender differences will always be the same

Regardless of how much society develops and how much freedom people have, there will always be some gender differences that might determine the non-traditional gender roles. It is a known fact that girls develop faster and they reach maturity sooner than boys. On the other hand, men will always be physically more powerful than women, because they are genetically programmed to protect women. In the same time they will have greater chances of suffering from developmental disorders, genetic defects, and they are more prone to malnutrition. Boys are also more physically active than girls.

While men have more physical strength, women are stronger from an emotional point of view and they also have a higher emotional IQ. It is easier for them to have intimate friends. Men usually have pals, but they don’t share intimate information with them.

Posts Related to 6 Traditional Gender Roles: Are They Good for Modern Relationships? That We Thought You Would Like: Staff Picked Interesting Articles Worth Reading

What Do Men And Women Really Want From Their Relationships

When it comes to maintaining a relationship, it always requires a certain amount of effort on both sides. However, things may become much easier if you know exactly what men want in a relationship, and what women are looking for. Read this article for some tips on communication, personal space, and cheating.

Making your relationship as quality as possible is something every couple strives for. Finding your soulmate and a person who understands you doesn’t necessarily mean that there isn’t a big age difference between you two. The only thing that is different is the fact that you might have different views on life at one point as well as different priorities, which you should coordinate with each other in order to make everything work.

Why Do People Cheat in Relationships? 7 Excuses Cheaters Make

Being cheated on is not a pleasant feeling and certainly not something people want for themselves, yet it is a common thing today, within many relationships and marriages. It is good to know why some people cheated, to be able to better understand causes and to eventually prevent being cheated on.

As a family oriented girl, you are probably well-rounded and understand the purpose for you being here. There is no time for you to wonder what the future will bring, as you have family obligations now to take care of. This makes you a great prospect as a girlfriend, because many guys want a girl who will take care of them and their future children.

←Previous 6 Early Signs of Abusive Relationship Potentially Harmful to Your Health
Risk Taking: Are You Experiencing All that Life Has to Offer? Next→