Home
Girls Talk
Mother Daughter Relationships: Is it Important to Get Along with Mom?

Mother Daughter Relationships: Is it Important to Get Along with Mom?

Although in some cases mother and daughter relationships are complicated, in other cases it is people who make them more complicated than they need to be. Find out how to make your relationship better with your mom.

How to Handle Mother and Daughter Relationships

The truth is that the relationship people have with their mother says a lot about them. For instance, you can know if your partner is boyfriend material based on his relationship with his mother. The same applies to you: how is your mother daughter relationship? Some women consider their mother their best friend while others don’t talk to their mother unless they have to. Although there are several factors that influence your relationship with your mom, in the end you have the relationship you want to have. You may say you always wanted a stronger bond, but did you do anything to make it stronger? Problems don’t get solved on their own you know. 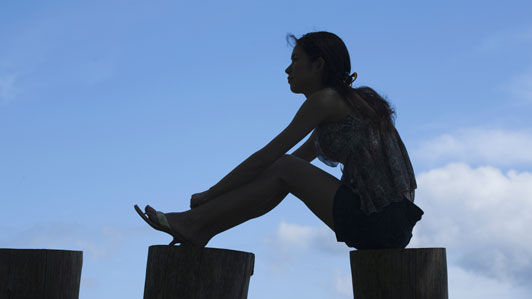 Communication is the bases of any relationship, not only the mother daughter relationships. You can’t possibly expect the other person to know what you are thinking unless you communicate with them. Sometimes people think that another person should know them well enough to know what they are thinking without communicating. Just remember that she is your mother, but she isn’t a psychic.

2. Be a good listener

In some cases you have to be the one talking while in other instances you should be the shoulder the other person can cry on. In order to make a mother daughter relationship work, you have to be able to listen to your mother. This doesn’t only mean you have to hear her – you actually have to listen and try to understand her.

Let’s face it: nobody ever changed in a matter of days. If you always had mother daughter relationship problems, you can’t expect them to be solved instantly and things to go just as you expect them to. It all takes time and patience. You have to understand that you’re not perfect and neither is your mother.

4. Learn how to damage control

There are two main ways people handle problems: either they try to solve them as soon as possible or they ignore them. When it comes to the mother and daughter relationship, ignoring a problem won’t make it go away. With time it will only become more complex, up to a point where your relationship will be beyond repair.

We all make mistakes; you make mistakes and your mother makes mistakes. Remember that you can’t hold a grudge forever so at some point you will have to get past your problems. This is the time you will have to forgive and forget. No problem will ever be solved if you forget about a part of this equation.

6. Open up your heart

You may have been hurt by your mother before, but that doesn’t mean you should assume she will hurt you again. You will never be able to have a healthy mother daughter relationship unless you open up your heart to her and become vulnerable again.

What is there to do about mother daughter relationships to make them better and more fulfilling for both parties? What could you do?

Communication in mother and daughter relationships has always been a difficult topic. Sometimes people are so close that they think the other person should be able to know what they are thinking without them saying it out loud. As a result they stop communicating effectively. In some cases such a situation could lead to harsh words and once you say something out loud, there is no way for you to take it back.

If you have mother daughter relationship problems, you have to remember that your mother isn’t a mind reader. You should always speak your mind, but do it in a gentle manner so that you don’t hurt her feelings. Usually a problem arises in the moment you don’t put the problem right. Instead of yelling at her for treating you like a child you could say something like “You are treating me like a child”. If you can keep your calm, she will be calm as well.

2. Be a good listener

Listening doesn’t only mean hearing what the other person is saying. In order to make your mother and daughter relationship work, you have to become an active listener. This means that you have to reflect what she is saying. This will show her that you actually understand what she is saying, you don’t only hear her. If you really listen, you will get an underlying message. Even if you think your mom just said something really bad about you or she is criticizing you, in fact she might be saying those things because she feels the need to protect you. She doesn’t think you are a bad person, but she might feel like you don’t protect yourself and so she has to protect you.

When setting your expectations regarding difficult mother daughter relationships, you really should consider the past behavior of the mother and the daughter. Maybe the mother has never been a real parent figure and the daughter has always been independent. How could you possibly expect them to bond over coffee and share all their secrets. This will just not happen – at least not anytime soon. Don’t expect more from people that they can actually give and be grateful for what you get.

4. Learn how to damage control

Once the damage has been done and there is a mother daughter conflict, the best thing you could do is to control it and contain it as soon as possible. If you have a conflict with your mom and you ignore or refuse to solve it, you will see the same patterns appearing in other relationships as well, such as your friendships and the relationship with your boss.

Solving a conflict is the best gift people can possibly give each other. If you would like to make your daughter and mother relationship, you should know when you should let things go. There are some conflicts that are worth solving while you should simply drop others and move on. If there is something small you would argue about, just let her have it her way and enjoy the rest of the encounter.

This might be the most difficult advice ever given regarding bad mother daughter relationships. These are two skills people don’t seem to be able to master. Forgiving is something you have to do on your own. It doesn’t mean that you agree with what happened. It only means you find the strength to move on from a situation that hurt you and you decide to accept the other person the way they are. Forgiveness is tightly connected to damage control: the sooner you can forgive, the sooner you can control the damage done.

6. Open up your heart

You can’t have mother daughter bonding and talk about the weather and other trivial topics. You have to let the other person in to have an actual relationship with them. You have to assume the mistakes you made in the past and the way they affected your relationship. It is a good idea to find the moment things went south and state it clearly. Then you should put your ego aside and think about what you want to next. If you decide to mend your relationship with your mom, you have to be in it, heart and soul. If you don’t open your heart, you will never have a meaningful relationship with her; you will just continue to ignore the problem and that doesn’t do any good to either of you.

In case you happen to have a toxic relationship with mother, the first thing you have to do is to recognize the signs. Then you should decide where you want to take it. You have to make a change, so are you willing to give up your relationship or are you willing to make sacrifices and make things work? However, you have to remember that this isn’t only about you; you and your mother must want the same thing to really make it work. Otherwise you might find yourself struggling and her continuously shutting you down. Again, this is something you will have to openly discuss and reach an agreement.

Posts Related to Mother Daughter Relationships: Is it Important to Get Along with Mom? That We Thought You Would Like: Staff Picked Interesting Articles Worth Reading

When holidays are in question, people usually get into some sort of a shopping frenzy, especially us girls. Usually, the stores are the ones that give us ideas with their attractive arrangements. Sometimes those fabricated ideas are simply not enough, so we look for something different for that special person we are buying gift to. That is why we made a list of some great mother’s day gift ideas.

Need advice on relationships? Take your relationship to the next level, by following simple steps. Avoid making the biggest mistakes that will turn your relationship into living hell. Relationships require work, but a few simple tricks can make the job a lot easier for you and your partner. These are common mistakes you should avoid.

Building Trust in Relationships: Stay Calm and Take Him at His Word

Are relationships the leading cause of stress in your life? Make a resolution to living worry-free by being a trusting person. Birds of a feather flock together; people who trust others are rewarded by finding trustworthy people. Building trust is easier said than done. But being the first one to put your faith in someone else often leads to worthwhile results.

Making your relationship as quality as possible is something every couple strives for. Finding your soulmate and a person who understands you doesn’t necessarily mean that there isn’t a big age difference between you two. The only thing that is different is the fact that you might have different views on life at one point as well as different priorities, which you should coordinate with each other in order to make everything work.

←Previous How to Remember Names Permanently: The Easy and Effective Way
How to Change my Life in 8 Steps: Stop Saying and Start Doing Next→