Home
Girls Talk
How to Say No: 10 Ways to Turn Him Without Being Mean

How to Say No: 10 Ways to Turn Him Without Being Mean

There are many different ways to say no to someone without being mean unnecessarily hurting them. For this you have to know the right tone and the right things to say. We are here to help you through some tips you could use the next time.

Say no without hurting his feelings

Saying no is harder than you realize?
The truth is that we, they, you don't like to say no bluntly. They want to be nice with everybody and as a result you might be thinking that when I say no, I feel guilty. First of all, there is no need for you to feel guilty- until the end of your days. There is no point in sympathy dating something not meant to work out regardless. This is why you have to learn how to say no. Although you might think you're doing a man a favor by dragging things on instead of saying no, you can be sure that you are hurting him more than if you said a simple and straightforward no. 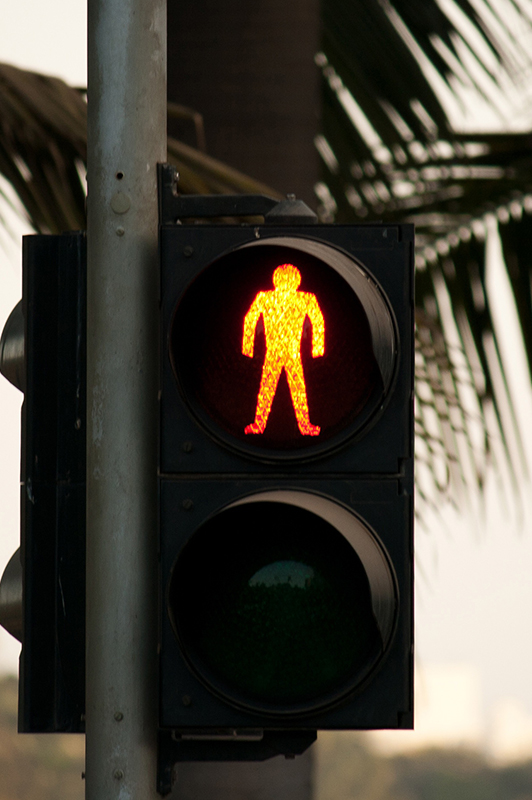 How to say no

7. Bring up prior commitments

So, is there is a way to say no in a nice way so that the other person won't be offended? There is and here are the best ways to say no:

1. You have to be honest 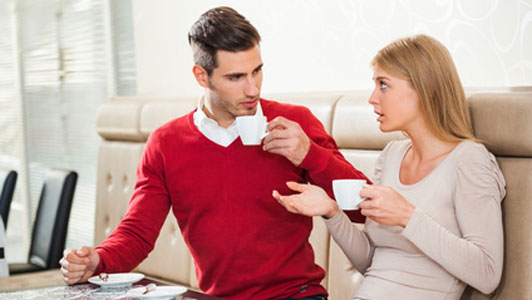 If you are interested in learning to say no, you have to understand the importance of honesty. Saying no is a lot less cruel that playing with someone's affection. For sure you don't want to hurt the other person, but a straightforward no is always better than stringing them along especially if you don't have any intention of seeing them ever again. You shouldn't say no if you think there is some possibility of the two of you getting along, but if there is no chance, there is no point in "protecting his feelings".
You should practice honest and clear communication, regardless the means of communications. In case he asks you when he can see you again, you should tell him that you don't wish to see him again. There are many different ways to say no, but making up an excuse is not one of them. Also make sure he understands that you're not going to change your mind. If you want to learn to say no, you shouldn't say vague things like "I don't think I'm ready yet". This means that at some point in the future you might be ready. You have to shut the door firmly, but gently. 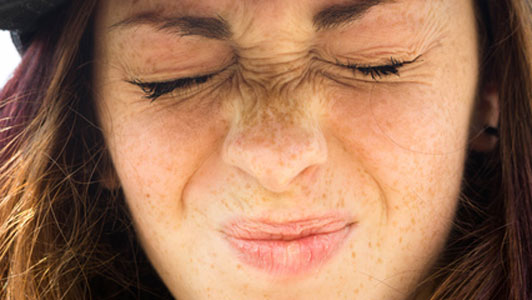 Maybe you have been talking on the phone or online for a while and then you finally ask him out on a date. He says yes but; it turns out he's not to man you thought he was, so you shut down all communication with them, turn him down unconditionally. Not saying anything isn't one of the nice ways to say no. You just leave him hanging, without saying anything. This leaves room for a lot of questions and insecurities. There is no way for him not to take it personally and most probably you will damage his confidence. When it comes to how to say no nicely, you should thank them for meeting you and tell them that you think there is no chemistry between the two of you. Also wish them all the best. This way you say a definite no, but you don't hurt them in any way.

3. Should you give them details? 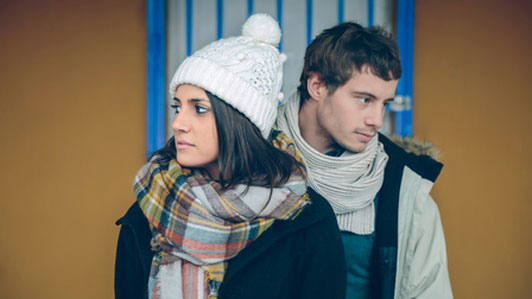 Sometimes you may feel the need to give details of why you said no. Although usually honesty is the best policy, you should know that when it comes to how to say no to people, there is no need for details. Maybe there was something you didn't like about them, but there might be someone who will appreciate it. There is no need to live out your frustration on him by damaging his ego. If you want to let them down gently, you should use the "It's not you, it's me" strategy. Naturally, you shouldn't give them some false reason that he can see right through. Keep it brief and to the point. For sure he will understand that you don't wish to see him again. 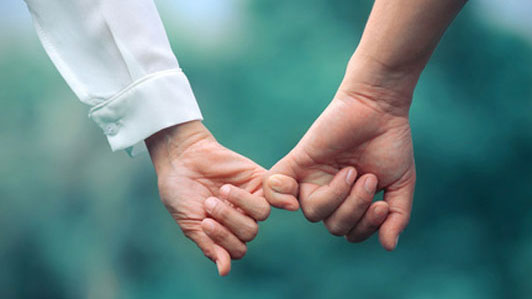 Remember what we said about telling him you're not ready yet? This means giving him false hope. According to the art of saying no, you should never say things of this kind. This leads to stringing along, and let's face it: that's just not fair. You don't want someone to do that to you. Be straight with your answers. You don't want him to put his life on hold for you when you have no intention of seeing him again. You should use a warm tone when talking to him and let him know that it's not something he did or didn't do. It's all about chemistry. You might be thinking to yourself "I can't say no like this". Some women use the "timing" issue, saying that it's not good timing. This could also suggest that a later point, when the timing is right, he might have a chance. Does he? 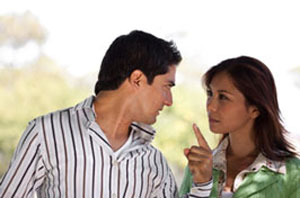 If someone at work asks you out, things get a bit more complicated. However, saying no at work is just as important as saying no anywhere else. To make sure he will understand but he won't hold a grudge against you, you should say something like "You're a nice guy, but I'm just not into you that way". This way you will make him a compliment that he will appreciate, but you will make it clear that you have no intention of going out with him and you will not change your mind in this regard. You can be sure he won't bother you ever again.

6. If you have to make up an excuse 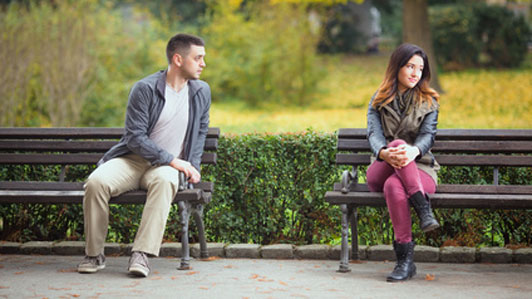 In case you just can't learn how to say no and you want to make up an excuse, make sure it has no holes in it. You could tell him you have a boyfriend or that you just decided to become exclusive with someone. There is always the possibility that he will find out the truth, which will only embarrass the both of you. Turn to this method only if there is absolutely no other way.
Nobody ever said that saying no was easy. However, sometimes you must do it. Just repeat to yourself "I say no" as a mantra and you will see that you will be able to do it. The more frequently you practice it, the easier it will become.

7. You have "prior commitments"

A simple way to blow a guy off is to have other priorities in the present moment. Have a set of pre-determined commitments in your mind and use them at the opportune moment. If you are too busy to accept his offer, then tell him exactly why you cannot accept. He will understand and accept that you have already made prior commitments. People respect others that have busy schedules, but if you use the same excuse over again with the same person eventually they will get the hint and stop inviting you.

Most people understand these days that a maybe more than often is a polite way of saying ‘no'. In fact, it is socially acceptable to not give a direct no as to not hurt their feelings. Tell him that you will think about his offer and get back to him. Neutral answers like this will entertain the possibility of you accepting in both your minds. And if it doesn't end up working out, then at least you are saved the responsibility of having promised something for someone else. In order to learn how to say no, you need to kick the habit of handing out promises like candy.

Some of us have a tendency to try and make everyone happy. This almost always leads to disaster, as somewhere along the line someone will take advantage of your kindness and you will be wondering to yourself why people treat you this way. It's because it's pretty much human nature to take for granted what we already have and desire what we don't. This is why it's not a good idea to be a charity case for every hopeless cause out there. You cannot make everyone happy. What will happen is that they will come to expect your kindness and try to exploit it. Some people are just like this. You have to use your best judgment of when to give out of the goodness of your heart and when to say no.

Posts Related to How to Say No: 10 Ways to Turn Him Without Being Mean That We Thought You Would Like: Staff Picked Interesting Articles Worth Reading

Why Do I Have No Friends? 5 Ways to Turn Your Social Life Around

Asking yourself “Why do I have no friends” is just the beginning to solving your problem. The next important step is to see what makes you happy and what you are passionate about. Only after that will you be able to make your friend circles just the way you always wanted and share your hobbies with people who have the same or similar interests.

7 Ways to Have a Good Attitude: Turn Your Life Around Today

Having a positive attitude is something all people should strive for. However, not everybody gets there. To make sure that you will have a shot at happiness, you should find your own personal source of positive attitude. While for some people it comes naturally, for others it takes work. Whatever your situation might be, you can be sure you will get there.

7 Effective Strategies to Turn a Broken Relationship Around

Every relationship has its ups and downs; it is its natural flow. Once a relationship is broken, partners can decide to try and save it. In that case, they both have to work through their issues, work on their trust in each other as well as in on some verbal skills that will enable them better understanding. It’s not an easy road, but it’s worth it.

←Previous The Power of Meditation: 11 Ways Meditating Transforms Your Mind and Body
Plant a Tree in Your Backyard Today for Surprising Benefits Next→