Home
Girls Talk
How to Get over a Long Term Relationship: What Not to Say or Do

How to Get over a Long Term Relationship: What Not to Say or Do

Getting over a broken relationship can cause depression and a feeling of failure. Simple steps however can help you to quickly get past your heartache, heal and move on so that your life will once again become more fulfilling.

After a breakup some people fail to realize that there are some things that they should never do and things they ought not to even consider saying. Simple things that we do will prolong the heartache much longer than is necessary. Getting over long term relationships can seem to take forever but sometimes it’s just that we are doing something wrong. People who have a hard time moving on from long term relationships are in limbo because they are constantly looking back; they try to backtrack to figure out what they could have done differently and try to evaluate by asking a myriad of questions. 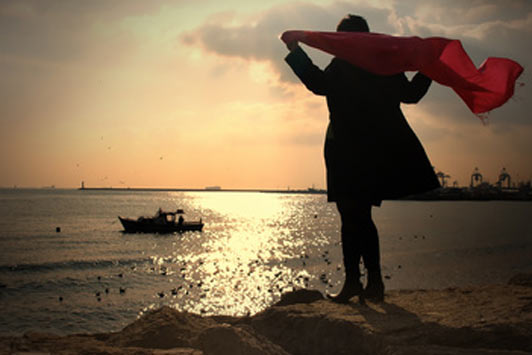 Here are a few things not to do or say or even think after a failed relationship. Follow these tips on how to get over a long term relationship and you will find yourself getting past your pain in no time.

What not to say

Asking WHY it went wrong

Why did we not try harder? Why did it not work?

This is probably the most popular question asked after a relationship has failed. When trying to figure out how to get over a long term relationship, breakup strategies have to be implemented; asking why will only have you evaluating the past and delay the healing process. You might even start a self blame regime and launch right into self pity. Instead of asking “why?” it is best to come to terms with where you are after the relationship has failed and move on. This is not so easy but telling yourself you can get past it is where you should be.

Evaluating the past and asking WHAT went wrong

What could I have done different? What if we could start again? What can I do to make it right?

Analyzing the essence of what is the general cause of the relationship breakdown is not always a bad thing to do. Knowing what went wrong can sometimes gives you insights into what you can avoid doing in your next relationship. If however the questions are geared towards rekindling something that has obviously crashed and burn, then you are definitely on a bad pathway. In that case this will only re-open old wounds and leaving you feeling vulnerable.

Backtracking to happier times by asking WHEN

When will I see you? When can we go out? When did our relationship go sour?

If the relationship is over then there should be no time for acting like it isn’t. Things might have been happening but it is at this particular climax that everything started to crumble. Backtracking and trying to remember a happier time by asking when it all turned sour might leave you with more questions than answers. It can also be a frustrating experience if you have can never really find the answers that you are looking for.

Where did it all go?

This is an important question, asking where should always be a question of looking forward. Instead of asking where can I fix to make it right again, ask where you see yourself now that the relationship has ended. But how do you how do you get over a long term relationship if you insist on escaping to your past? This will only make the healing will be slow and painful.

HOW can I get a good model to move on

How can I make it right?

Moving on is simile. Design a strategy for getting over your relationship is key. Tell yourself where you want to be and work towards it. Ask yourself how to get yourself in the right frame of mind to make you a better person. Ask yourself all the things you need to know about moving forward

Know what you want

Everyone’s strategy is different, have a clear cut case about what you want. Your body will get all its signals mixed up if you keep telling yourself that you want to move on yet you keep driving past his home daily. It will only remind you of where you used to be.

What not to DO

DO not speak negative about him

Talking about an ended relationship can be a little tricky. Being negative about your partner will have you thinking that you are putting him in a bad light. On the other hand, in the eyes of others you might be unknowingly placing yourself in a bad light. Persons will be wondering “if he was so bad, why did you stay as long as you did?” other than that, they will still remember the good things you might have said prior to breaking up

Careful how you talk to him and how often

Be careful of the communication process. Getting over a long term relationship sometimes require a total lack of communication. The less you are reminded of what was the better. If you are hurt, calling him constantly to talk things over might not be the best thing especially when you are both sure that there is no going back. Couples will sometimes start off trying to have a normal conversation but end up spending hours on the phone arguing about whose fault it was. Learn what the argument triggers are. Being in this mode will neither help you nor him.

No rebounds, no replacements

Dating after a long term relationship is healthy but be careful of rebounds and lunging after the guy who is the opposite of your ex. One of the most common mistake women make after a breakup is to find a guy that is the total opposite of their estranged partner. This might prove to be a very bad move. If your partner was not an outdoor person, hated anything cultural etc, you might be tempted to find someone who loves these things, and might be drawn to someone like that. This can lead to an error in judgment as the overall characteristics that you eventually see might be a turnoff
Dwelling on past issues can cause you to delay in getting over long term relationship.  Breakup blues tends to stay longer when these questions are continuously asked. Doing things the wrong way or saying the wrong things might seem right in one moment but after a while if you are intent on moving on, you will definitely recognize your errors. Don’t ask “how do I get over a long term relationship?” when in essence you are trying hard not to let go.

Posts Related to How to Get over a Long Term Relationship: What Not to Say or Do That We Thought You Would Like: Staff Picked Interesting Articles Worth Reading

Are We Compatible? 7 Fun Relationship Questions to Test Your Compatibility

Nothing boring or mind numbing! Just a few fun relationship questions that will get the conversation going in a different direction. Because that is what dating is all about: spending quality time with a person worthy of your attention and enjoying it. What starts his adrenaline button? Who is the person he is looking up to? Would he ever go bungee jumping with you? Find out!

7 Effective Strategies to Turn a Broken Relationship Around

Every relationship has its ups and downs; it is its natural flow. Once a relationship is broken, partners can decide to try and save it. In that case, they both have to work through their issues, work on their trust in each other as well as in on some verbal skills that will enable them better understanding. It’s not an easy road, but it’s worth it.

←Previous 8 Fun Things to Do on the Weekend That Can Be Done for Free
Am I in Love? 7 Signs of True Love That Are Clear as Day Next→